News
Business
Movies
Sports
Cricket
Get Ahead
Money Tips
Shopping
Sign in  |  Create a Rediffmail account
Rediff.com  » Cricket » A warning for England: 'India are incredibly tough to beat at home'

A warning for England: 'India are incredibly tough to beat at home' 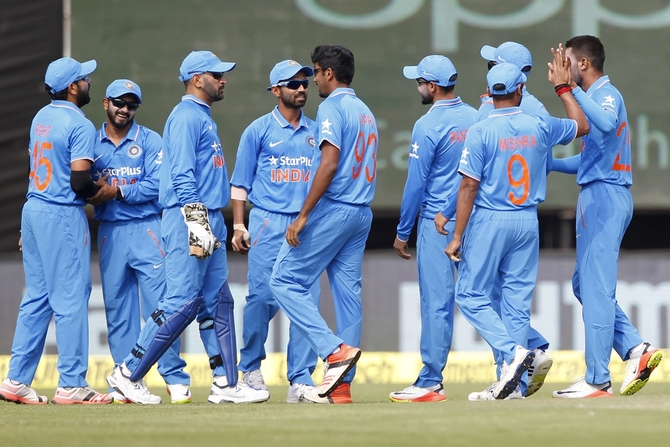 New Zealand coach Mike Hesson has criticised his players' decision-making in India after the one-day side were thrashed in the final match of the tour.

New Zealand were swept 3-0 in the Test series and lost the following one-day tournament 3-2 in demoralising fashion, belted by 190 runs in the decider in Visakhapatnam on Saturday after their batsmen were skittled for 79.

Hesson's side now turn their attention to a big home summer, which starts with two Tests against Pakistan, followed by further Test series against an improving Bangladesh and South Africa.

"We won two of our last three games, which suggests we did get better, but last night was very, very frustrating," Hesson told New Zealand's Radio Sport Breakfast.

"We have spent time dwelling on it, making sure that sort of thing doesn't happen again.

"When things went bad we made some very, very poor decisions. We expect more of the new players as well as the experienced players in those situations.

"But the reality is, every team struggles in India whether they are from the subcontinent or not. They are incredibly difficult to beat at home."

New Zealand reached the final of the one-day World Cup in Australia last year under former captain Brendon McCullum but are in the throes of transition under new skipper Kane Williamson.

Hesson said opener Tom Latham and all-rounder Mitchell Santner had shown they were "good enough" in Indian conditions but he expected to make a number of changes during the home summer's one-day tournaments.

"We have got 36 ODIs coming up and we will try some different players.

"It will be similar to the last World Cup (cycle) where we will look at a lot of different players then pull them all together towards the end.

"We need to replace five or six key players and have been able to blood some new ones."

New Zealand play the first Test against Pakistan in Christchurch from November 17.

© Copyright 2020 Reuters Limited. All rights reserved. Republication or redistribution of Reuters content, including by framing or similar means, is expressly prohibited without the prior written consent of Reuters. Reuters shall not be liable for any errors or delays in the content, or for any actions taken in reliance thereon.
Related News: New Zealand, Mike Hesson, ODI, India, South Africa
SHARE THIS STORYCOMMENT
Print this article 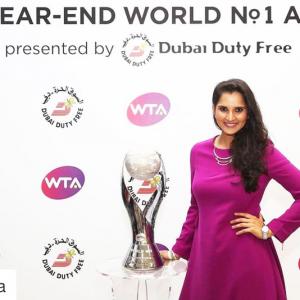