By Shashi Tharoor
September 20, 2011 12:07 IST
Poorly supported by the lethargic and self-interested administrators of the Kerala Cricket Association, Kochi Tuskers Kerala had promised to rewrite the cricketing history of the state. Their demise is a blow whose major victim is Kerala cricket itself, writes Shashi Tharoor, member of Parliament from Thiruvananthapuram

Monday's decision by the Board of Control for Cricket in India effectively terminating the Kochi Tuskers franchise is the latest development in a saga attended from the start by controversy. A team that had acquitted itself rather well in its first season in the Indian Premier League, and had ignited the imaginations of cricket-loving Keralites, appears to have become a casualty of mismanagement and financial default. Amid the disappointment now spreading across the state lies a much larger story that goes well beyond cricket to Kerala's place in India's development.

An IPL team for Kerala was a dream that few dared to dream. As a member of Parliament from the state, I was acutely aware that Keralites simply did not believe we could compete with the major cities of India to attract big-ticket investment and high-value enterprises to our state. That's why the establishment of a Kerala IPL team was all the more significant and important for the people of this tourist-friendly state, long languishing in the backwaters off Indian cricket's shores.

Cricket is India's de facto national sport and India is the global game's biggest source of revenue. Kerala has been marginal to Indian cricket -- habitual wooden-spooners in the Ranji Trophy Plate League. Where does it fit in to the grand narrative of Indian cricket? It was a footnote at best. But behind the establishment of Kochi Tuskers Kerala was an agenda broader than cricket.

As CLR James memorably wrote, "What do they know of cricket who only cricket know?" Kerala's 21st century development will require the confidence of private sector players from abroad and elsewhere in India that investment in Kerala will pay for them. This will, above all, need a change of mindset. Kochi Tuskers Kerala or KTK, as the cumbersomely-named team was called, provided the people of Kerala with a different way of looking at their potential.

When, as a Kerala MP, I pursued the opportunity of bringing an IPL team to Kerala, it was because I was convinced that the only antidote to the hidebound statist mentality that has produced such economic stagnation in Kerala in recent years would be the infusion of a venture that was as 21st century in its conception and execution as the IPL. I saw KTK as a venture that would not just boost the prospects of Kerala's cricketers, but spark the imaginations of our young people and open new vistas for businesses, as well as promote a new surge of "cricket-related tourism" in our beautiful state (whose advertising tagline is 'God's Own Country'). That investors from Gujarat and Maharashtra were persuaded to team up to bring their venture to Kerala was, to my mind, proof that Kerala too could attract outsiders to invest in our future.

Sadly, of course, those outsiders (whom I had no role in choosing, merely in steering to Kerala) have let the state down by defaulting on their obligations to the BCCI. There seems little likelihood, the new board president says, of the breach proving to be repairable. Mahela Jayawardene's capable squad, through which Ravindra Jadeja, RP Singh and Parthiv Patel had resurrected their cricketing careers (and returned to Indian colours) had repeatedly demonstrated match-winning potential. Though the team's overall record in their first season was middling, Geoff Lawson's boys had done enough to make a decent impact, with victories over Mumbai, Kolkata and Delhi in the bag, and their prospects in the next season had looked promising indeed.

Kerala, too, had begun making the team its own. Till April 9 this year, it was the owners' team. But from the moment the first ball was bowled at Kochi's Jawaharlal Nehru Stadium, the aspirations of the team became one with that of the thousands who cheered for them. A team lives on the energy poured into their hearts by their loyal fans. That's why the onus of the Kerala team's termination falls heavily on the thwarted passion of each cricket fan from the state, whether living within it or outside (as do the many who tuned into the team's games on TV in the Gulf states).

Kerala's short-lived team had glittered with four stellar players hot from the World Cup finals, a claim no other IPL team could make, and with four members of the expanded Indian touring party to England in the summer (ditto). They had given Kochi fans a glimpse of world-class cricket, unprecedented in Kerala, in the IPL matches they had played there. Poorly supported by the lethargic and self-interested administrators of the Kerala Cricket Association, Kochi Tuskers Kerala had promised to rewrite the cricketing history of the state. Their demise is a blow whose major victim is Kerala cricket itself.

What lies ahead is not entirely clear. There is talk of a court case. Perhaps new owners can revive a franchise whose potential had barely begun to be tapped. For the moment, though, a larger dream has been nipped in the bud as it had barely begun to flower. Cricket, and the narrative of India's 21st century development, will be poorer for Kochi Tuskers Kerala's exit from the IPL.
Shashi Tharoor
Related News: Kerala IPL, Kochi Tuskers Kerala, Board of Control for Cricket in India, Kerala Cricket Association, CLR James
COMMENT
Print this article On the campaign trail with Shashi Tharoor 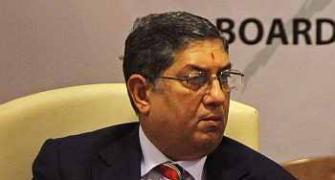 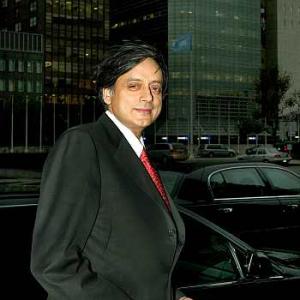