JSW Steel to will return the land it bought from farmers for its stuck project at the former site, in stark contrast to what has happened with Tata Motors at the latter 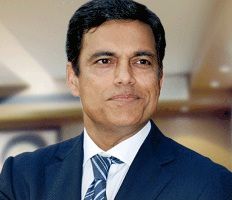 Comparisons between Salboni and Singur, the bedevilled projects in this state of JSW Steel and Tata Motors, respectively, both sited on land taken from farmers, have been unavoidable for some years, for a variety of reasons.

Salboni, in West Medinipur district, is where JSW Steel in 2007 said it would be putting up a 10 million tonne a year steel factory, plus a big captive power plant.

The project has been stuck, the latest problem being the lack of raw material availability from other states, for a variety of reasons.

Singur, in Hooghly district, became famous for Tata Motors having pulled out from its small car factory project, in 2008, in the face of a fierce agitation from farmers whose land was taken over, against their will, by the state government for the project.

JSW had bought about 300 acres at Salboni on its own, from local cultivators; the state government has leased it another 4,300-odd acres.

JSW recently announced it would be returning the land it bought, “free of cost”, to the ex-owners, since the project wasn’t moving forward.

Since the unwilling land losers at Singur are yet to get theirs’ back, comparisons are inevitable.

The Mamata Banerjee government had, after coming to office in 2011, got a law passed to take back the 1,000-odd acres leased to Tata Motors and its vendors.

This case is in the Supreme Court, on appeal against a high court decision that the law was not tenable. The verdict in the appeal is expected shortly, being in the final leg of hearing.

On Monday while announcing JSW’s decision, Chief Minister Mamata Banerjee had said this was the model she had mooted for Singur.

Banerjee has been demanding return of the 400 acres allegedly taken from unwilling farmers at Singur since her days in the opposition (though government officials say the land in question is only 181 acres).

“The (Singur) case is sub judice but the Salboni decision has shown it is possible to return land to land losers. Let the case come up for hearing in January,” said Kalyan Banerjee, an MP of Banerjee’s Trinamool Congress and one of the legal counsels representing the state government in the case.

When the hearing started last year, the Supreme Court had asked Tata Motors to make its stand clear on its leasehold rights over the Singur land, as the company had already moved its project out of West Bengal.

It had asked the company to file an affidavit on its position in the changed scenario and whether the purpose of the lease had got frustrated and the land should move back to the agriculturists.

However,  Tata Group had informed the court that it wanted to keep the leasehold rights over the Singur land, as it was keen on returning to the state with an industrial project.

Singur was announced in 2006 and soon got embroiled in the battle for land rights; Salboni, which saw a development agreement with the Left Front-led West Bengal government in 2007, scripted the sunny side of the land acquisition story.

Between the two contrasting pictures, however, was the character of land at the sites.

Singur was fertile and multi-crop, Salboni’s largely single-crop. However, neither project took off, for different reasons.

The land acquisition story in Singur got turbulent with time.

An indefinite agitation led by Banerjee in support of the unwilling land losers led to the 2008 Tata pullout.

The latest response from JSW chief Sajjan Jindal, however, has given the project a fresh lease of life, though bureaucrats say it isn’t possible to apply the development to Singur.

For one, they say, the Land Acquisition Act was invoked to acquire the land in Singur, and this does not allow return of land to the original owners.

At Salboni, the land being returned was purchased directly by JSW.

“Once the land is vested, the title extinguishes.

The acquired land can be used for any other public purpose if the orginal purpose is not fulfilled or it can be auctioned,” a senior bureaucrat said. In Salboni, the company purchased the land directly from land losers and, hence, is not within the ambit of the acquisition law.

“Direct purchase was possible in Salboni because it involved just 485 families. In Singur, the project-affected people were 13,000.

The two models cannot be compared,” the bureaucrat said.

However, the chief minister might not be so struck by these technical details. 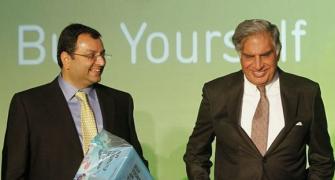 Why is Tata losing out to rivals in steel, auto and power 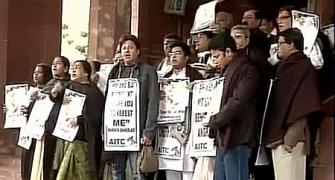 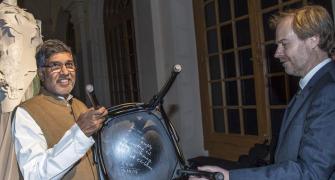 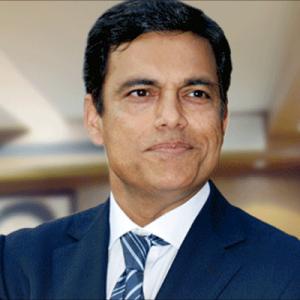 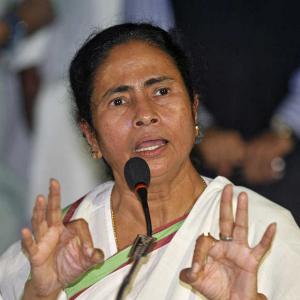