If the financial year changes...

Section 2 (41) of Companies Act, 2013, which came into force on April 2014, made it mandatory for companies to follow an April-March financial year. Companies following other periods were given two years to migrate. Those who wanted to use periods other than the official financial year needed approval from the National Company Law Tribunal.

What changes for companies
Employee appraisal and increment process

Changes in I-T systems and processes 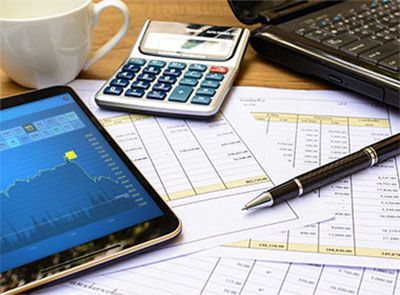 Now cut forward to 2017. According to the data from BS Research Bureau, almost all large companies - all 30 in the Sensex and 48 of the Nifty 50 - follow the April-March financial year. Among BSE 500, only 17 companies have other years. Of these 14 follow the calendar year.

Most companies have migrated except a few subsidiaries of multinationals that needed to align themselves with their foreign parents.

However, three years on, life is threatening to turn full circle for Indian businesses with the proposal of change in the financial year gathering steam. For those who have been following the April-March financial year, the shift could be cumbersome, say experts.

A discussion paper put up by the NITI Aayog identifies Companies Act, 2013, as one of the laws that might be impacted by the change. SN Viswanathan, a senior company secretary, points out that companies have settled with the April-March financial year.

“This also aligns with the assessment year and accounting year under the Income-Tax Act. If the government wants to change the financial year, there could be corresponding amendments in I-T Act. That could lead to a lot of migration issues,” says Viswanathan.

Most experts feel that the proposal is still at a discussion stage and might take two or three years to become operational. There is likely to be intense stakeholder discussion involving industry and the government before a final call is taken on the issue.

Around the time an expert committee headed by former chief economic advisor Shankar Acharya was set up last year, industry federation Assocham had released a note slamming the proposal.

The body said that the change in financial year would mean changes in book-keeping, HR practices, accounting software, and taxation system, involving costs running into hundreds of crores for big and small industries.

According to the chamber, feedback from its members suggested that it was an ill-advised move.

“Under no circumstances would the move lead to any improvement in the ease of doing business. Instead, it would create unnecessary hurdles and bureaucratic and systemic delays. At this point of time, India cannot allow any such disruptions,” says the Assocham note.

Companies, which are still adjusting to big changes such as Ind-AS implementation and the upcoming GST regime, could do without further uncertainty and costs, say lawyers and consultants.

From an accounting perspective, companies will be required to change the accounting year by doing nine months’ accounts and then move to the calendar year. This will also require lots of cut-off procedures to be advanced, like goodwill impairment testing, transfer pricing study, and reconciliation of books of accounts, experts added.

Sandeep Khetan, partner in an Indian member firm of EY Global, notes that such a move will impact all the companies having transactions with the government sector. “Since the budgeting and resource allocation process of government will change, companies will have to align the same,” he adds.

Khetan points out that every change will add to the transition costs but long-term benefits of the move may help to deal with this. On the positive side, Nangia feels this shift will align India with the fiscal year followed by most developed countries worldwide.

“With an increasing number of global companies engaging in business activities with Indian companies, the integration of the Indian economy with the global economy will become convenient and there will be standardisation and uniformly in reporting,” he adds.