Does the rally reflect expectations of improving fundamentals or they are likely to correct? Despite sluggish growth, the Sensex has risen roughly 30 per cent since December last year. While markets are forward looking, with key economic indicators pointing to sluggish growth, does this rally reflect expectations of improving fundamentals in the coming quarters, or are markets moving ahead of reality and likely to correct?

According to analysts, the sharp rally over the past year could be attributed to two factors. First, the expectation that the general elections will bring to the helm of affairs a stable government, bold enough to undertake a wide range of systemic reforms that India needs. Second, in the global economy, with weak growth in the euro zone and Japan and with China slowing, India seems  favourably placed.

The macro adjustment process, with compression of the current account and fiscal deficits, a moderation in inflation and growth appearing on the upswing, have improved India’s standing in the global economy, making it an attractive opportunity in the emerging market (EM) portfolio. According to Morgan Stanley, global emerging market fund managers are most overweight on India, 700 basis points more than the MSCI EM benchmark, which for India is at the highest level in the past five years, suggesting renewed interest in the country.

But while current valuations might seem elevated in the face of weak economic growth expected in the coming quarters, these do not seem to indicate irrational exuberance. Based on the PE ratio, markets are trading only slightly higher than their historical trading band but are lower than the peak of 2007, suggesting rational exuberance.

According to Sampath Reddy, chief investment officer at Bajaj Allianz Life Insurance, “markets have moved up a lot in the past one year (30 per cent plus). If you adjust for earnings growth during this period, the re-rating would be very small. In addition to the macro strengths, the recent fall in global crude oil prices further strengthens India’s attractiveness. While the stocks have moved up in the past year, given these positive developments, the earnings growth is likely to be robust for next couple of years. So, they are not overvalued”.

Dipen Shah, head of private client  research at Kotak Securities, adds: “Earnings growth could justify higher valuations. While India is trading at a slightly higher end of the historical band of the past 10-12 years, it promises higher growth, which will translate into higher corporate earnings.”

But earnings growth in the recent quarter has been below expectations. The Kotak report points out that “results in the September quarter of 2014-15 were universally below expectations and underlying trends are still quite weak for us to make a case for earnings upgrades”. Net profits in the quarter for the BSE-30 index grew six per cent, well below the expectation of 10 per cent. While the Kotak report lowers expectations of 2014-15 earnings, it expects almost 18 per cent growth in net profits for the BSE-30 companies and 16.3 per cent for the Nifty-50 ones — higher than the expected nominal growth for gross domestic product in the current financial year. The expectation of higher margins is based on a transition towards a low inflation and interest rate scenario. A big positive over the past few months has been a moderation in inflation, which creates space for the Reserve Bank (RBI’s) to lower interest rates, a combination of which will improve corporate margins. Morgan Stanley estimates that rising interest costs had accounted for two-thirds of the net margin decline of 500 basis point since 2007-08. This is a big positive for the market.

According to Reddy, “We expect the earnings to grow faster than the growth in top line, driven by higher utilisation, lower interest costs and better pricing. Lower commodity prices will lead to significant cost savings. Also, the interest costs for most leveraged companies will come down as interest rates start declining, coupled with a de-leveraging initiative taken by most companies”.

According to economists, when RBI lowers rates, it will be an inflection point, marking a decisive shift, for two reasons. It will not only lower borrowing costs for companies and could potentially help revive the investment cycle, but the moderation in inflation could also potentially trigger a shift in the household fund allocation in favour of financial assets, which had fallen to 7.1 per cent in 2012-13 from a high of 12 per cent in 2009-10. Even if a portion of this $90 billion is invested, it could drive up the markets.

Analysts expect the first leg of earnings growth to likely come from an improvement in margins, followed by a revival in the investment cycle and resurgence in demand. But, this is where the concern lies. Private investment continues to remain weak with corporate balance sheets still under stress. Bank credit offtake continues to be slow, suggesting low demand and government spending likely to fall sharply in the coming quarters to meet the fiscal deficit target of 4.1 per cent of gross domestic product.

Further, the consumer goods segment in the Index of Industrial Production has contracted in 10 of the past 11 months, indicating weak demand. This suggests current valuations might not be sustainable and markets could correct, in the absence of big-bang reforms.

According to analysts, the implementation of GST, speedy clearances, land reforms and attractive policies for foreign capital are some of the key factors for market performance.

With expectations that some of the key issues will be addressed in the Budget, markets are likely to trade with an upward bias till February. Morgan Stanley’s Sensex target for the year to end December 2015 is 32,500, while Citi has upped its forecast to 33,000 for this period. 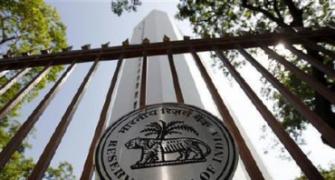 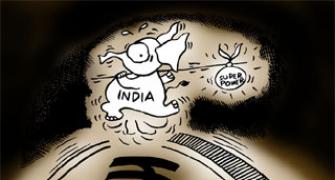