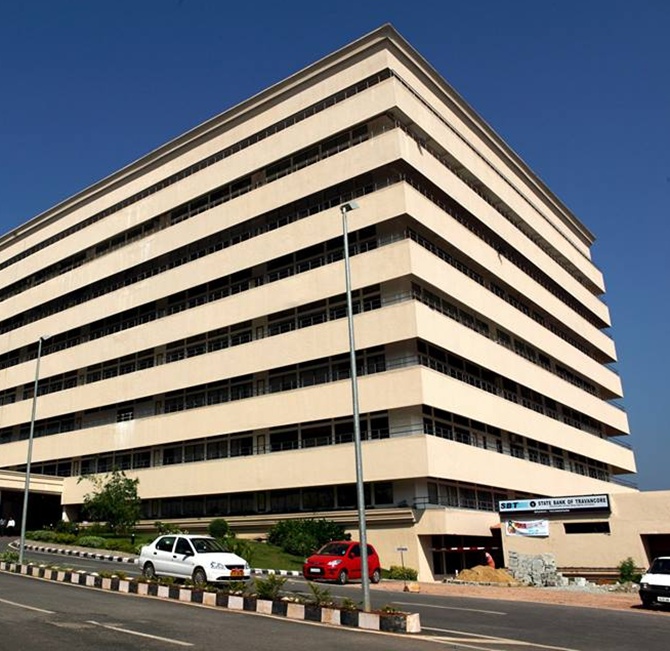 Image: The IT hub, Technopark in the state capital Thiruvananthapuram is now the biggest IT park in India with a total built up area of 7.2 million square feet.
Photographs: Courtesy, Technopark

Technopark Thiruvananthapuram, the first IT park in the country, has chalked out an ambitious target of creating 45,000 new jobs during 2014-16 as part of its efforts to emerge as India’s IT powerhouse.

Technopark, which is poised to celebrate its silver Jubilee next year, provides direct employment to 45,000 IT/ITeS professionals through its 330 IT companies. 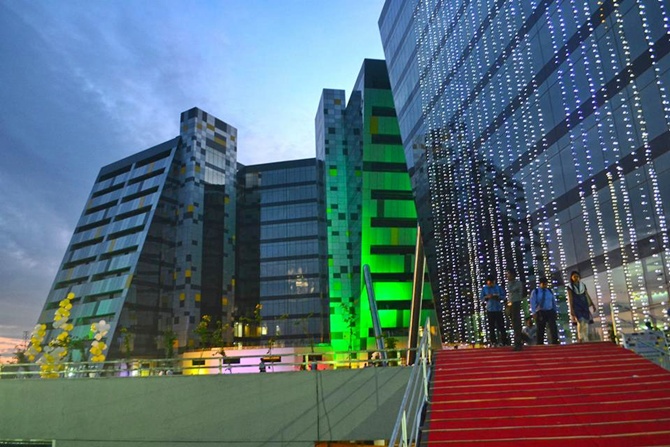 With the completion of the ongoing construction activities of TCS, Infosys, UST Global, Tata Elxsi, IBS and Technopark’s Phase III building, around 45,000 additional direct jobs will be created, leading to a total of 90,000 direct jobs and 350,000 indirect jobs, said KG Girish Babu, CEO,Technopark.

Phase I and II construction of buildings on a total area of 2.5 million sft was progressing well and is likely to be completed within a year.

The companies, which are building their own campuses are Infosys, TCS, UST Global, Tata Elxsi and IBS. 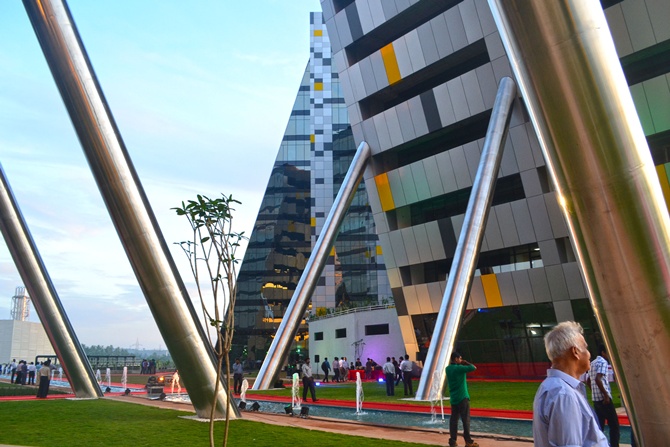 Infosys has constructed two ultra-modern software development blocks, which employ 3,300 professionals. The software major plans to invest another Rs 800 crore (Rs 8 billion) in this campus over the next few years. 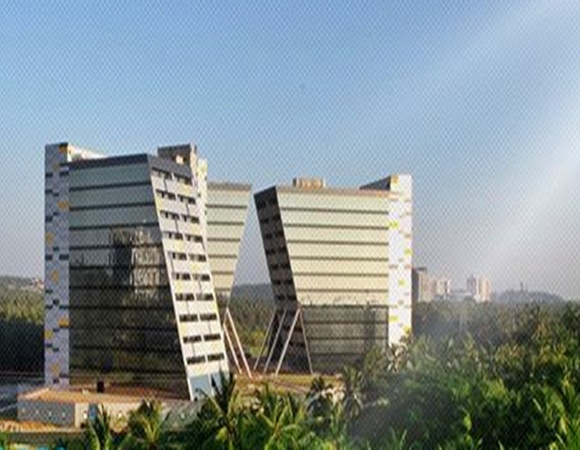 UST Global’s near-complete IT building can accommodate 8,500 IT professionals. The plan for the second building is also being finalised by it.

The SEZ being developed in Technopark Phase I by TCS will have a total of 1.12 million sft.

The main four IT buildings will seat 2,200 professionals each. The first building will be ready by August this year, leading to 8,800 jobs by early 2016.

Tata Elxsi and IBS together will add 2,000 new jobs by the next year-end.

The expansion of other existing companies will create another 3,000 jobs, Babu added. 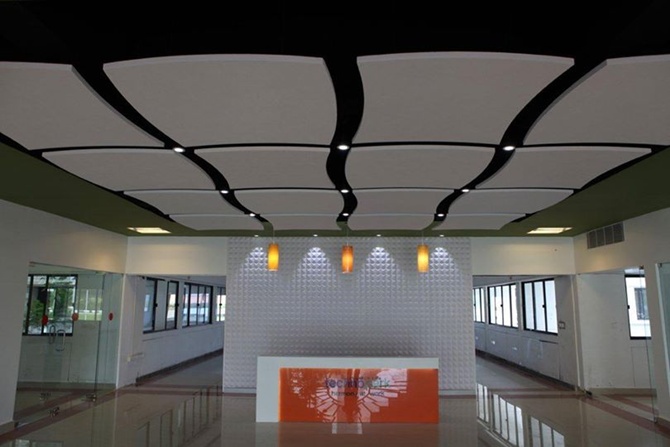 Image: With a rental income of Rs 49 crore, the annual turnover of Technopark has been pegged at around Rs 100 crore.
Photographs: Courtesy, Technopark

Babu said, “With the commissioning of the TwinTowers—Ganga and Yamuna—a capacity of 8,500 seats has been created in Phase III. This iconic twin tower, the most modern green building built by the state government, will also be filled by 2015. A total of 40 companies had been allotted space in the new TwinTowers. Another 18 companies are set to commence their operations shortly."

With a rental income of Rs 49 crore (Rs 490 million), the annual turnover of Technopark has been pegged at around Rs 100 crore (Rs one billion), including income from power and maintenance services, helping it  continue its profitable operations since 2001. 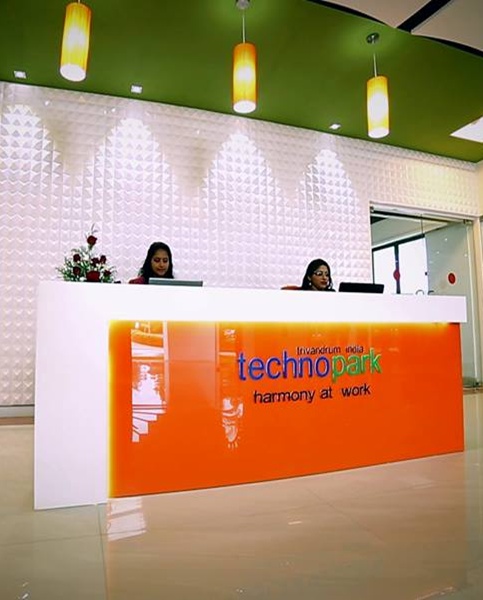 Technopark’s expansion plans are Phase III (92 acres) and Technocity (451 acres), which were funded through bank loans.

The repayment, starting this month, will be met primarily from the income generated from Phase III.

Further, Technopark had availed a loan of Rs 321 crore (Rs 3.21 billion) for the land acquisition for the massive Technocity project.

Of this amount, it has repaid Rs 360 crore or Rs 3.60 billion (including interest). “The outstanding amount (Rs 38 crore or Rs 380 million) will be paid this month itself. When the Technocity loan is closed within a month, the financial position will drastically improve,” he added.

Technopark is governed by Electronics Technology Parks, an autonomous body under the Kerala government. Set up in 1990, it is home to 330 companies, 767 acres of land and 45,000 IT/ITeS professionals.