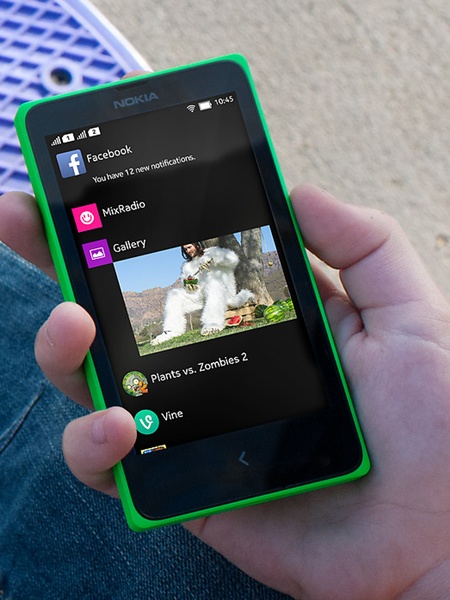 After a long wait, Nokia adopts the ubiquitous operating system to gain volumes in the smartphone market.

The worst-kept secret of the mobile world - Nokia’s adaptation of the Android operating system for mobile phones - finally came out last month: the Finnish handset maker said that its X series of smartphones would run on Android.

What made analysts take notice  of  the selection of Android was that it came seven months after Microsoft announced that it would acquire Nokia for $7.4 billion.

For years, Nokia had kept away from Android, probably in the belief that its low-end Symbian and Windows handsets (the Asha and Lumia lines, for example) would get the better of the Android devices. 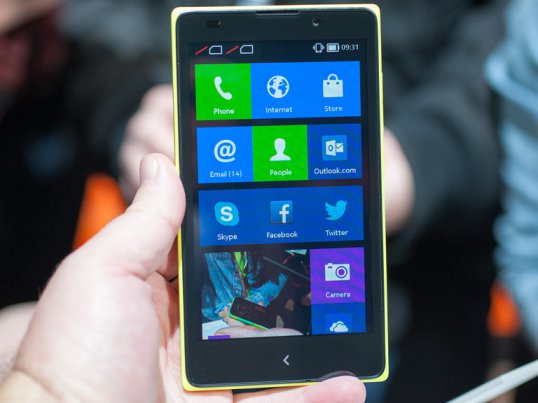 But that did not happen. Those in the know say that Nokia had realised this early on.

According to reports and industry insiders, Nokia had worked on a Linux-based operating system hoping to find a solution that could take on Android.

But, Nokia finally decided to kill Meltemi, as the project was codenamed, sometime in mid-2012. After that, it was left with no option but to embrace Android.

Last year, Pierre Ferragu of Bernstein Research, a US-based brokerage and  research firm, in one of his notes to the company’s clients had stated that Nokia may have to “to take the (Android) pill before (it) cannot afford to do so anymore”, as the Symbian-based smart-feature-phone market was shrinking fast and Windows phones, even after some aggressive push, had failed to get the expected traction. 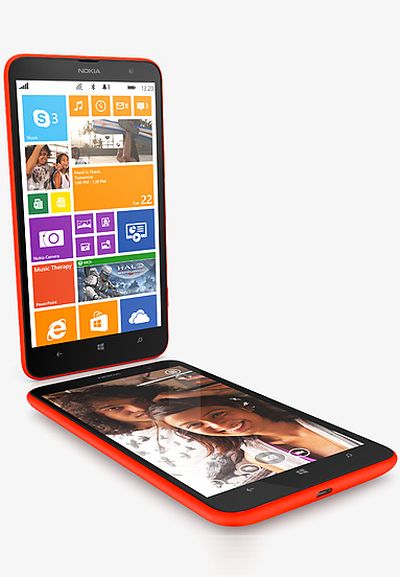 Nokia made, and still makes, some incredible mobile handsets. But, it has lost market share rapidly in the last few years, especially to South Korean rival Samsung that uses Android in most emerging markets including India.

And, in developed markets, Apple began to eat into Nokia’s share of the market. (Companies like Samsung also have a few Windows devices but they have never pushed those products aggressively.)

On the other hand, Android devices, with many options, have been growing at a lightning-fast pace. According to a research report by Gartner, sales of Android smartphones in 2013 jumped 74 per cent, while Windows phones declined 5 per cent year-on-year.

Sales of Nokia’s flagship Lumia smartphone series, based on the Windows8 operating system, declined to 8.2 million in the fourth quarter from 8.8 million in the preceding quarter.

“Better late than never. This may be a few years too late, but it is a much needed move by Nokia to recapture its share of the smartphone market,” says an analyst with a global research firm. 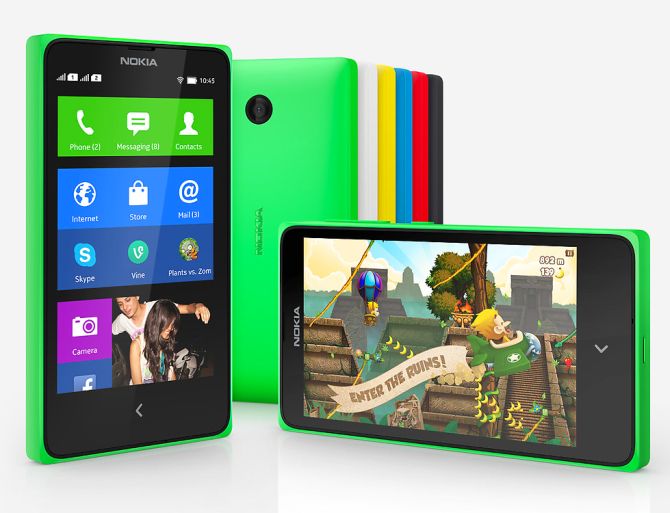 The selection of Android for the new smartphones could be driven by Microsoft’s desire to make a mark in the mobility devices segment — an area it is yet to crack successfully.

However, Nokia’s Android experiment — the X line of smartphones — comes with some surprises, or rather conscious decisions that show the soon-to-be-owned-by-Microsoft company is yet to give up fully on Windows.

Nokia X will thus not give buyers the true experience of Android, or Google products and services. The company has built a smartphone on Android platform, but has taken out Google services.

The phone uses Nokia’s music service and Here maps, along with other Microsoft services including Outlook.com, Skype and One Drive. Google maps, the most popular map service globally, is not there on Nokia X. 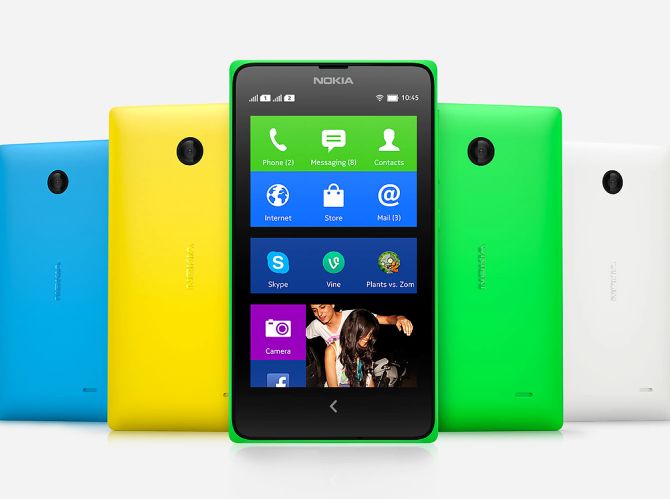 Moreover, the  X line uses an old version of Android (Android 4.1) which is three cycles behind the latest operating system, and not easily upgradable, with very little hardware optimisation.

Even tech reviewers say the hardware is low end. “It’s like someone wanted to build an Android device just to make it look poor and undesirable,” says an Indian tech blogger.

The Nokia X also looks almost similar to the Lumia range of Windows smartphones, with big, bold colours and plastic unibody design, as well as a tiled interface.

In one of its blog posts, Microsoft said it is ... 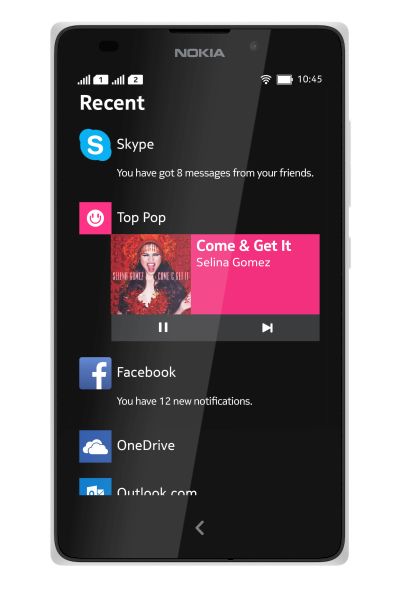 During the recent Mobile World Congress in Barcelona, Nokia Executive Vice-president Stephen Elop said: “More and more people are buying smartphones for less than 100 euros. That range is a massive opportunity for us. According to analysts, it will grow four times as fast as the rest of the smartphone market.”

This was a segment that Nokia was struggling to feed with its Asha range. The Nokia charge here will now be led by the Android-powered X series.

In the sub-Rs 10,000 category, it is Android that rules. Since Windows licensing is not cheap, it is not available in this range; as a result, Windows phones are positioned in the premium range against Apple, he says.

“Since Android is an open source platform, Microsoft's go-to-market cost becomes zero and the company is also able to sell Microsoft's services such as One Drive or Skype on it,” he says. With its expertise in manufacturing and tremendous distribution network, Gogia feels Nokia can easily transition the existing Symbian users to the low-end Android platform.

“In emerging markets and especially in India, Nokia still has high brand recall which is a huge plus. So, the premium tag for Windows will ensure that it doesn't hurt the brand, while the volumes will come through the Android phones,” he adds. 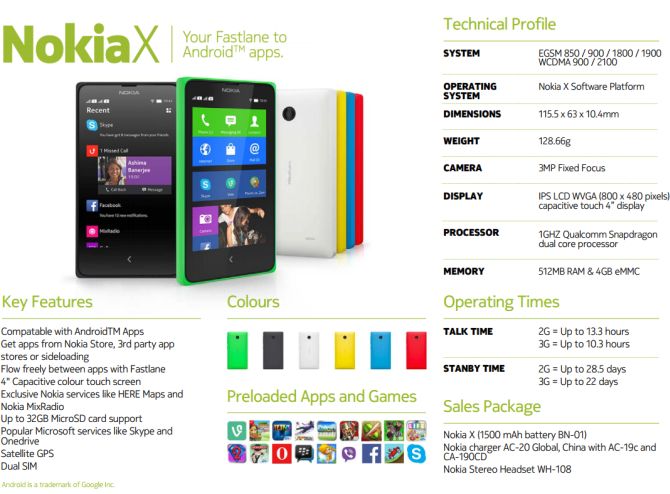 Others agree that the handset maker has played its cards wisely this time.

“This is a good move for Nokia. As the ultimate owner of Nokia, Microsoft has considered the move carefully. Through this, it has tried to leverage the brand Nokia, which still has a very strong connect with the world's consumers, and has provided customers another choice in terms of operating system,” believes Jaideep Mehta, country general manager of IDC India.

“Our transaction with Nokia has not yet closed, and until it does, Nokia continues to operate as an independent company,” a Microsoft spokesperson says in an e-mail response to Business Standard: “We’re ... 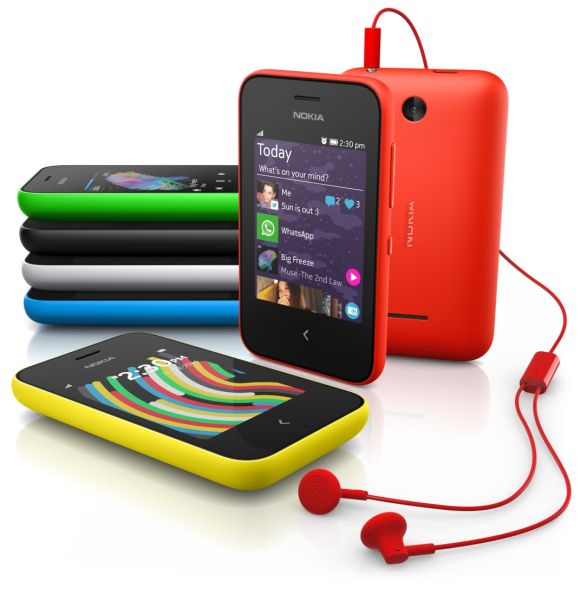 While the Android devices will cater to the low-end of the market, Nokia has retained Windows in the mid and high ends of the segment. “It will not impinge on the Windows play at all.

It is true that Windows has not been historically as popular as Android and Microsoft is trying to subsidise it or give it free to leading manufacturers to push its adoption. It is also promoting it within the developer community to build more applications,” says Mehta.

At the same time, it is also trying to expand it in the device ecosystem. Brands like Samsung, Lava and Karbonn all have Windows-based models in their portfolio, and Microsoft's progress has been significant in the last one year or so, even though it is a tough task to gain traction against Android, Mehta adds.

“The handset market has historically been consumer-driven but our surveys suggest that in 2014, enterprise mobility is expected to take off.

Around 37 per cent of Indian enterprises have enterprise mobility as one of the top three items on their agenda in the next 12 months,” says Mehta. And Microsoft should gain from that perspective as in the enterprise space it has very good relations and a great reputation, Mehta reckons. 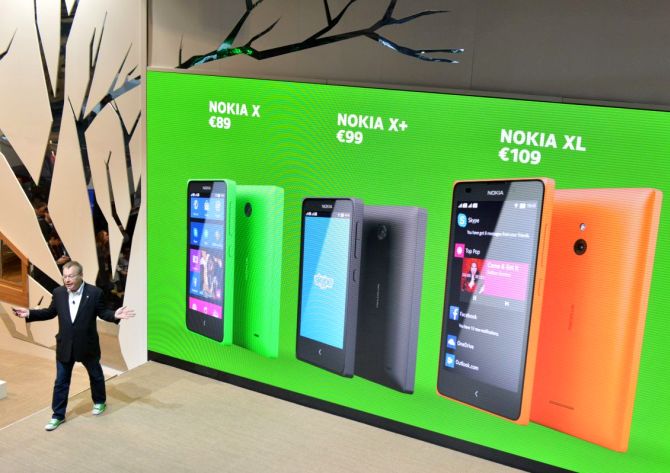 The Rise and Fall Of Nokia

Nokia was the unchallenged leader in the mobile phone market until 2012 when South Korean consumer electronics giant Samsung Electronics, a late entrant, dislodged it from the top.

Things had begun to change for the Finnish handset maker from early 2007. 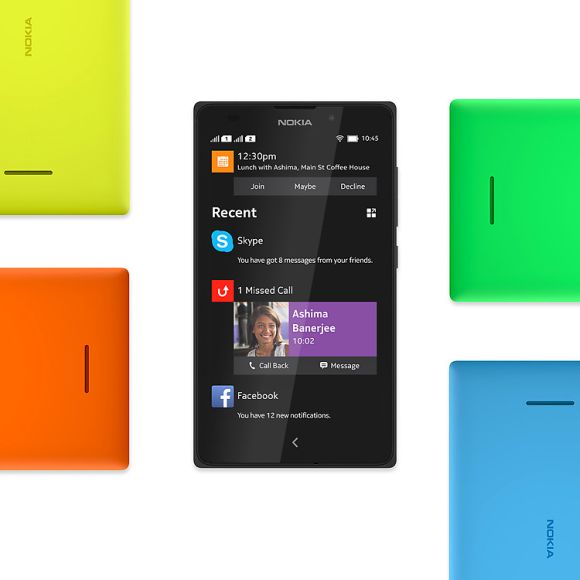 In 2009, a year after Android was unveiled, the company posted its first quarterly loss in more than a decade.

By Q4 2010, Symbian’s market share had dropped to about 32 per cent, while Android's share had increased to about 30 per cent. Faced with dwindling market share, in 2011, Nokia decided to move out of Symbian altogether.

India was one of the key markets for Nokia which it dominated with more than 26 per cent market share until 2012.