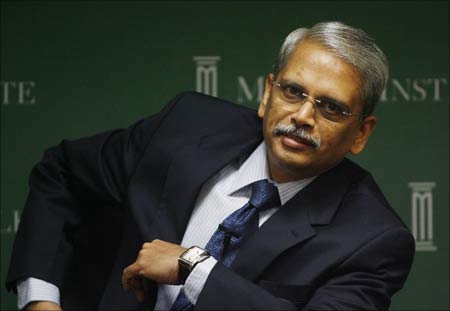 Infosys managing director and chief executive officer S Gopalakrishnan speaks about Infosys, version 3.0, the IT major's culture, what it implies and how it will tackle the competition.

The company is talking about the changed Infosys 3.0. Is it a natural progression or because of market pressure?

It is a natural progression. Eight years ago, we decided that we will go to the market along the industry lines. That was when we created the retail business unit.

After that we created various industry units. Now we are saying that the various units we possess have some critical mass and they can be verticalised.

This is also part of our philosophy that when you start something, you start it as a central unit and, when it reaches a critical mass, you look at verticalising it.

The second thing we are doing is consolidating the verticals into four industry groups so that we can look at the company in terms of four P&Ls (profit and loss accounts). 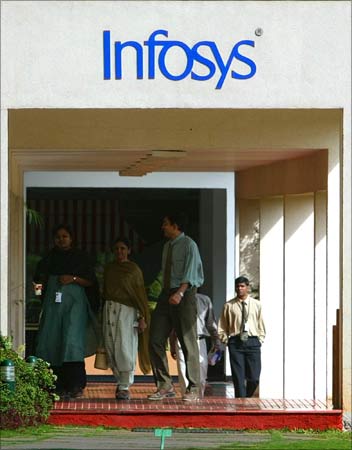 This increases our ability to scale up within the units, creates flexibility and also allows the leaders to run these units as independent P&Ls.

The third thing we are doing is consolidating our service lines into three groups.

When will the changes reflect in the numbers?

These changes are happening as we speak. The effect of these changes will happen over the next three-four years, because these are changes which will yield results over the medium-to-long term rather than a quarter or so. 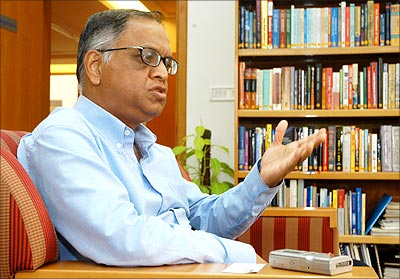 How difficult would it be to move up the value chain?

A quarter of our revenue comes from consulting or related businesses, so we have effectively moved significantly in this direction.

Of course, it needs to be scaled up further to compete with the global system integrators, but we are well on our way to engage with our clients at higher value points.

And competition is not new for us. We will have to continuously evolve, which we are doing. We have looked at all the trends and figured out what we need to do to continue to add value to our clients.

But companies like IBM have a slight upper hand...

The way for us is to compete within our client base and keep adding clients on an ongoing basis.

How difficult would it be to move up the value chain? 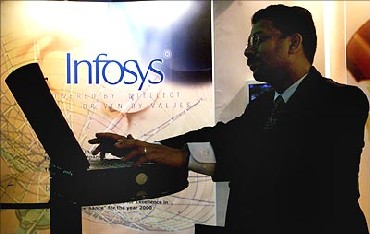 Will the change at Infosys mean change in its culture?

No. Our values, our focus on doing business ethically and our philosophy do not change. Some things might change, but these will not.

Are there some gaps you have identified and would you look at acquisitions to fill them?

We are strong in four industry verticals, where we have been present for many years. We are also present in energy, utility and healthcare, among others.

We need to continue to invest and grow in these areas. Similarly, from a geography perspective, the primary revenue earners are North America and and some parts of Europe, but it also means that we have the opportunity to grow in other parts of Europe, Japan, China, India and the Middle East, and we can accelerate growth by acquisitions.

The third thing is some of the new things we are doing, like platforms. We can accelerate by looking at the acquisition. 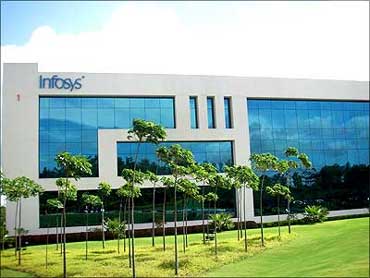 These are things we will continuously evaluate and, if we see an opportunity for an acquisition, we will make that happen.

What was the thought process of the board behind bringing in K V Kamath?

When the board looked at the transition from Murthy and looked at the people who were available, we felt that we needed to leverage K V (Kamath, currently an independent director at Infosys)'s experience in board governance and things like that.

To make sure that we continue the transition to the next generation of leaders and that there is continuity in values, ethics and culture, they have named me as executive co-chairman.

And because I am executive, I will continue to work with clients, employees and others. So that's the thought process. 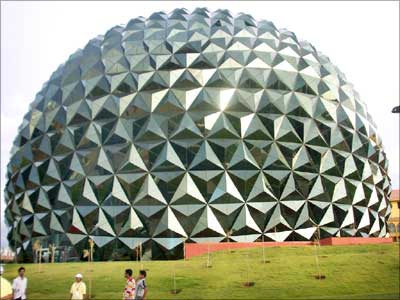 As you move up the value chain, would it need more lateral hires, effectively increasing the wage costs?

Not really. Every year, 30 per cent of our recruits are laterals. We recruit a lot of people in the market.

As far as the model remains the same, that is, 70 per cent of the effort is delivered in places like India and 30 per cent closer to client location, the costs would not change.

The cost will change only if this ratio changes.

It (wage cost inflation) is an industry level issue rather than an Infosys issue.

Effectively, this year, we are looking at compensation increase of 10-12 per cent. The model assumes that we will increase the compensation every year by 12-15 per cent, and that can be effectively managed.

If you look back, from 2000 onwards, the industry has been increasing compensation -- except for 2008, when there was a downturn -- by 12-15 per cent. However, we have sustained the margin earlier. 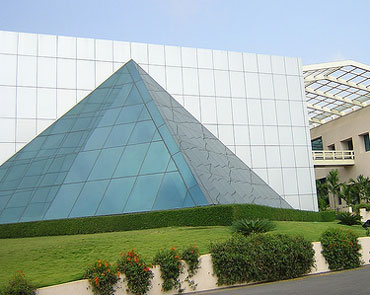 Is it a concern when you look at competitors growing faster?

We give you the guidance and our goal is to meet or exceed the guidance. We also want to grow faster than the industry average.

It is possible that in some quarter somebody may grow faster than us. Last year we have grown about 25.8 per cent. It's a reasonable growth rate.

When you compare different companies, you have to compare in a like-to-like manner, which requires you to go in-depth actually.

What is the depreciation policy of the company? What is the investment in people? For example, at entry level, we give about five months of training.

Our competition does not do that. We factor that into our cost.