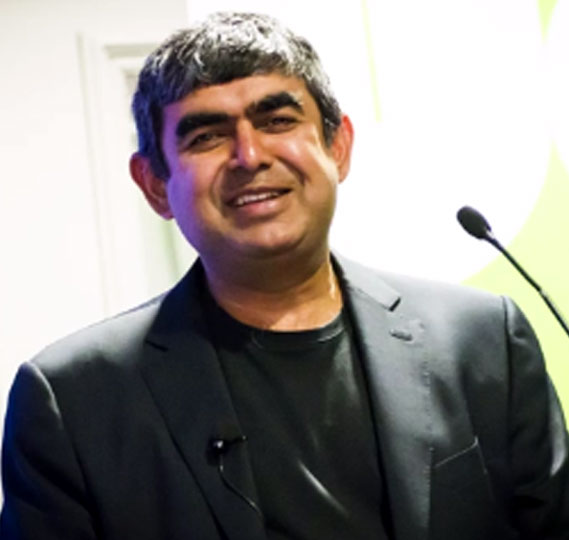 Image: An outsider, Sikka will be the first non-founder to take over as CEO since 1981, when Infosys was founded by seven friends.
Photographs: Vishal Sikka/Twitter

More than three decades since its inception, India's second largest software firm Infosys will on Friday get its first non-founder chief executive officer in Vishal Sikka.

He replaces S D Shibulal, last among the co-founders to hold the CEO post. Shibulal served his last day in office on Thursday.

An outsider, Sikka will be the first non-founder to take over as CEO since 1981, when the company was founded by seven friends. 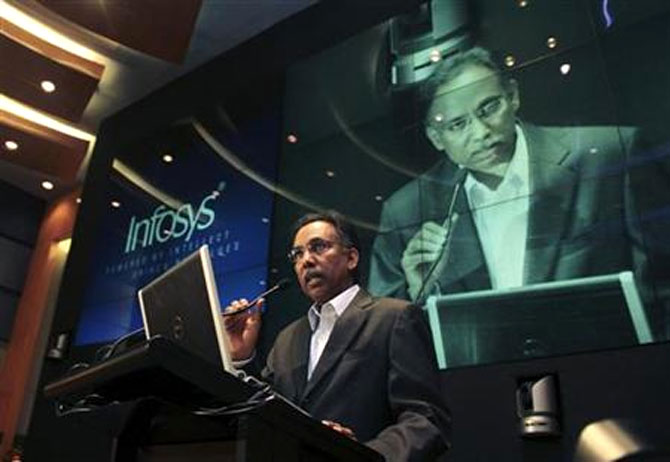 Image: Shibulal has made immense contribution to the growth of the company.
Photographs: Reuters

Reminiscing their time together, Gopalakrishnan or Kris as he is popularly known, said Shibulal has made immense contribution to the growth of the company.

"Shibu is a wonderful colleague, who will stand by you at all times. He is the most hard-working, disciplined person I know, other than Murthy," he said.

He has played every role at Infosys over the years and has contributed to the growth of the company, Kris added. 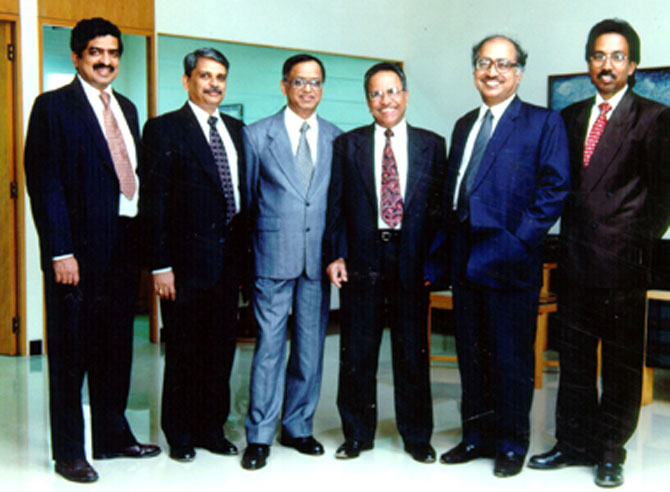 Sanjay Purohit, who worked with Shibulal for more than a decade, said the experience has been "life changing".

"Over the last 14 years, he has personally taught me the discipline of relentless execution, the foresight and acumen to plan for the future, the perseverance to drive change and above all he has mentored me to mature as a compassionate leader," Purohit, who also heads Infosys' products business, said.

Praising the relentless pursuit of perfection, empathy and seeing both sides an issue objectively of the co-founders, Infosys communications team global head Sukanya Ghosh said their story is one that has given hope and direction to many who have dreamt of doing something big. 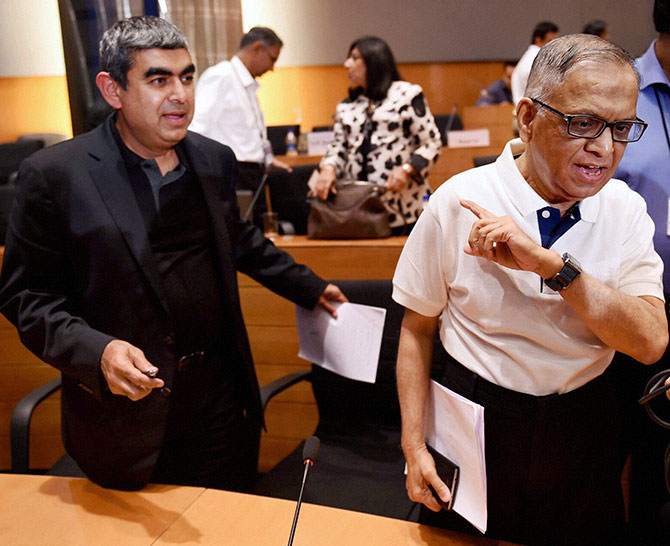 Sikka, 47, will face challenges ahead. Be it the industry laggard performance or harassment allegations by overseas employees, Infosys has a tough road ahead and investors will look at Sikka to sort out the issues and guide Infosys back to industry leading performance.

Sikka, who headed technology and innovation at German software giant SAP and created analytics product HANA, is taking charge during a challenging phase.

Sikka has already signalled towards technology-led changes at the firm, though he has said that no major transformation is imminent at the Bangalore-based company.