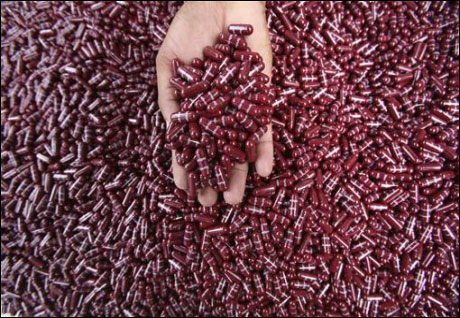 There are 20,000 pharma companies in India scrambling to get doctors to prescribe their drugs.

Amit Kumar was 22 when he was hired by a big pharmaceutical company as a medical representative in 1994. After 45 days of training, his sales target was fixed at Rs 75 lakh (Rs 7.5 million) for the year.

He visited several chemists in the area assigned him to find out who the popular doctors were and what medicines they were prescribing. Soon he had a list of 200 doctors with high "prescription potential" and started calling on them.

Straightaway, Kumar received "subtle and indirect" requests. "Most doctors had an assistant or compounder who would convey to me the need for certain items." The next day, these items - a laptop or a refrigerator - would reach the doctor's clinic.

The game got bigger with time. Once, when his colleague was pitching calcium products to an orthopaedist, the doctor said abruptly: "I am busy whitewashing my house; it is a very expensive affair." The message couldn't have been more direct.

The next day, the company got the job done. Another time, his company had organised a medical conference in a Delhi five-star hotel. Accommodation at the hotel was paid for, but doctors had to pay for the food - on a previous occasion, one doctor had treated his friends to a lavish dinner at the company's expense.

But that didn't help, found Kumar, as one doctor "had made around 40 international calls from the hotel". "Doctors know that medical reps wants something from them," he says sardonically. "And so they want something in return." 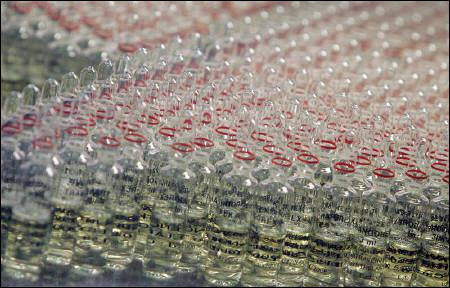 Indian pharmaceutical companies spend around 7 per cent of their turnover on market development. With domestic sales of Rs 60,000 crore (Rs 600 billion), their annual marketing budget works out to Rs 4,200 crore (Rs 42 billion).

As companies cannot advertise prescription drugs, a large chunk of this money is spent on marketing directly to doctors. There are about 700,000 doctors in India; so the amount works out to almost Rs 250,000 per doctor per year.

The Indian market is cluttered with drug makers. Till 2005, India recognised only process patents, not product patents. Indian companies were free to make any drug in the world so long as they tweaked the process a little. Even this rule was seldom enforced.

The idea was to keep medicine costs low. That did happen, but the fallout was 20,000 pharma companies, many operating out of garages, and hundreds of brands for the same medicine.

In such a fragmented market, heavy-duty marketing with the doctor is the only easy way out. Thus, most mid-size and large companies have 4,000 to 6,000 medical representatives on their rolls. 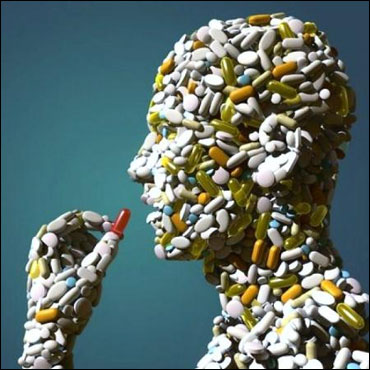 The result is over-prescription. Amit Sen Gupta, joint convenor of Jan Swasthya Abhiyan, a coalition of civil society organisations working in the field of healthcare, says this is the reason doctors continue to prescribe cough syrups, though "no medical student is taught to prescribe them.

Cough syrups are a throwback to the 1960s." Indiscriminate prescription of antibiotics, he says, has made India a major source of superbugs. When doctors write expensive drugs, patients do not buy the recommended dosage and run the risk of under-medication.

It starts with small gifts such as a pen or a notepad. Flattery is an indispensable tool of a medical rep's trade. A consultant psychiatrist remembers the area sales manager of a pharma company would keep calling him "senior doctor", though he had just started out.

The drug maker offers to take care of chores: paying the bills and taking care of children's school admissions. Within no time, the gifts start to become larger: cars and even overseas junkets for the whole family (sold as medical conferences at exotic locales). Sen Gupta recently found that a drug maker had sponsored a doctor's son's education in the US! 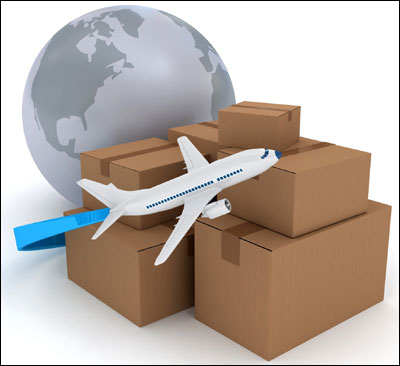 Amitabh Saha, a psychiatrist who has worked with a pharma company, remembers the wedding of a fellow psychiatrist's daughter.

Doctors from across the country were on the guest list. "A pharmaceutical company had paid for everything, from the sangeet to the pheras," he says. Another doctor in Mumbai asked the medical rep for - and got - a pair of Siberian Huskies for his son; each costs around Rs 35,000.

An executive in a domestic pharma company, who heads the sales teams for Tamil Nadu and Kerala, says very few doctors refuse.

"The most popular offers are sponsored trips to conferences and vacations for doctors and their families. It is not uncommon for bigger pharma companies to book 100 rooms in five-star hotels where conferences are being hosted for doctors."

Cash and gold coins are accepted, but consumer durables and cars are not favoured these days, he says. Some companies target senior doctors - in this extremely hierarchy-conscious profession, it is the surest way to popularise your product. Only, the benevolence of senior doctors doesn't come cheap. 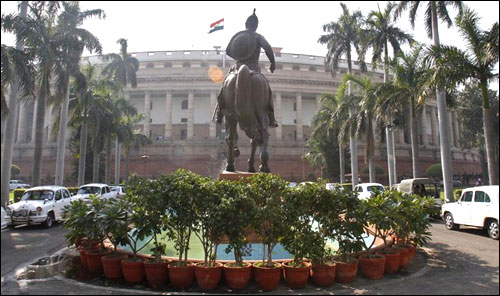 A recent report of the Parliamentary Committee on Health and Family Welfare, tabled in the Rajya Sabha, found that expert opinions needed for drug approvals were ghost-written by companies that had sought the approvals.

Reports sent in by different experts on a drug were found to be exact copies of each other - down to the errors! These opinions are submitted to the Central Drugs Standard Control Organisation which uses them to approve or reject applications to launch the drug.

There was "ample evidence" to suggest that these expert opinions were "actually written by the invisible hand of the drug companies and experts merely obliged by putting their signatures", the report concluded.

The third cog in this well-oiled machine is the chemist. His shop is where the medical representative gathers market intelligence: the prescription preferences of doctors, and whether they are recommending his medicine. (Some even pose as patients and ask others what the doctor has prescribed.)

He can also be induced to sell a particular company's medicine, though the doctor may have prescribed another brand. But, in comparison to doctors, the chemist gets crumbs. The medical rep may give him a few free samples which he can sell to unsuspecting customers.

Particular brands can be pushed, says Lucknow-based chemist Sanjay Chauhan, only in the case of over-the-counter medicines which don't require prescription and therefore the upside is limited. "While doctors might be sent to Singapore on vacations, we don't get any benefits," laments Raj Singh, owner of Rathi Medicos in New Delhi's Vasant Kunj. 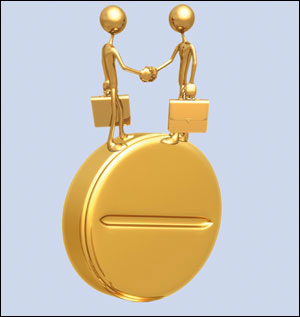 Doctors and pharma companies say the claims of the parliamentary committee report are exaggerated. On May 27, Aamir Khan's show Satyamev Jayate turned the spotlight on "corrupt" doctors.

His guests included the owner of a pathology lab who admitted to overcharging patients because he had to pay commission to doctors. Former Medical Council of India chief Major General (retired) Som Jhingon confessed to resigning in a year as he was unable to run the council in a disciplined manner, and K K Talwar, chairman of the board of governors of the council, revealed that since 2008 not a single doctor's licence had been revoked even in cases of malpractice.

Doctors all over the country were up in arms against Khan. Indian Medical Association Secretary-General D R Rai asked for an apology from Khan for "having defamed and given one side of the story on (the) medical profession." Khan refused. The association did not respond to questions sent by Business Standard.

A senior doctor, who is a member of the Indian Association of Paediatrics, says doctors are often undecided about which brand of a drug to prescribe. This is where marketing comes in. The problem, if there is one, has been created by the government which has allowed so many pharma companies to come up.

Visits to medical conferences, he adds, are "simple marketing, not a nexus. As long as it doesn't cross the limit, a gift is just a goodwill gesture to strike up a friendship". A psychiatrist says not more than 10 per cent of psychiatrists in the country accept gifts, so it's wrong to malign the entire fraternity. Some doctors insist that visits to medical conferences are serious business and not family vacations in disguise. 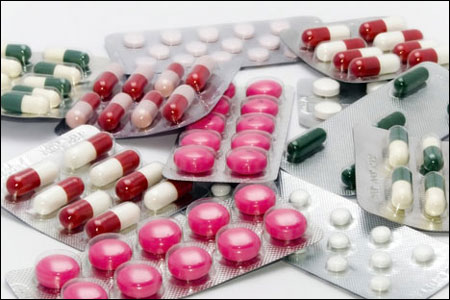 On July 18, this lakshman rekha (sacred line) was the subject of deliberations between three important lobbies of the industry - Indian Pharmaceutical Alliance, Organisation of Pharmaceutical Producers of India and Indian Drug Manufacturers' Association.

"Calendars, notepads and pens act as brand reminders," says D G Shah, director general of the Indian Pharmaceutical Alliance. "But when you take the doctor on a cruise, it is unacceptable."

Shah is lobbying with the department of pharmaceuticals to instate an ombudsman, a man of integrity, with the Indian Pharmaceutical Alliance willing to bear the entire cost.

Pharmaceutical companies say their interactions with doctors are unavoidable and harmless. "Doctors are taken for seminars and conferences, which is important to educate them. Even in developed countries there are such activities known as continuous medical education," says Lupin President (India and CIS) Shakti Chakraborty. 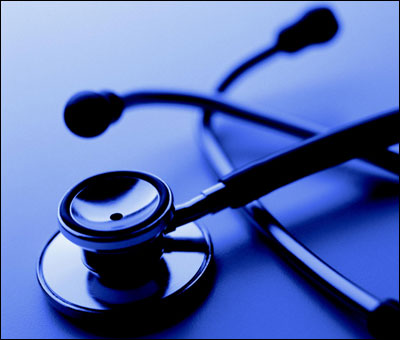 The government, which has received complaints of a nexus between doctors and drug makers, is working on a code of conduct for pharma companies and medical reps. "There have been a couple of meetings and we will soon notify the code," says an officer in the department of pharmaceuticals.

The plan, as of now, is to keep the code voluntary, but the government may consider making it mandatory if self-regulation fails. "We will watch for another six months as industry bodies have assured us that self-regulation will work," the official adds.

According to sources, the code proposes to curb even the number of samples given to doctors by a pharmaceutical company.

Self-regulation is nothing new. In 2009, Indian Medical Council had barred its members from accepting gifts from pharma companies. Juneja of Mankind says curbs or self-regulation cannot work as the government does not have the means to monitor it.

Some hospitals know that popular opinion is on the boil. One Delhi-headquartered chain has written a 50-page code of conduct for its doctors.

Manipal Hospitals, which operates 17 hospitals, has created a corpus to help its doctors travel abroad on educational trips. "Doctors shouldn't be tempted to accept any inducement," says CEO Rajen Padukone. But a lot still remains to be accomplished.