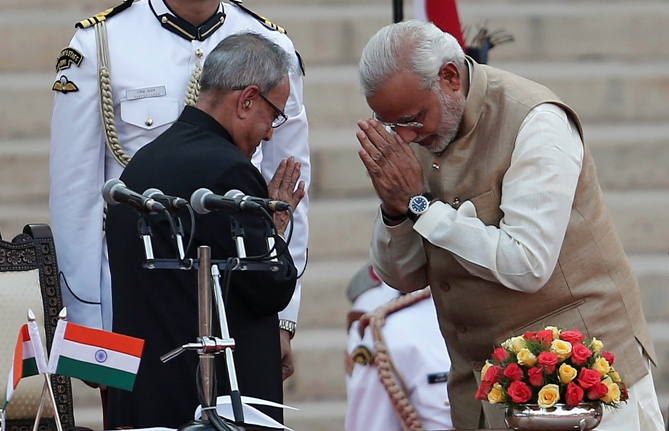 It is now to be hoped that Mr Modi’s government quickly addresses the resources problem using innovative funding avenues and systems.

President Pranab Mukherjee on Monday addressed a joint session of both the Houses of Parliament.

Coming as it did after the completion of the elections to the 16th Lok Sabha and the formation of the Narendra Modi-led government at the Centre, Mr Mukherjee’s address acquired special significance.

It was also keenly awaited since Mr Mukherjee was expected to outline the newly formed government’s policy agenda.

On that score, at least, the president’s address was not a disappointment.

Indeed, the president announced several new policies and schemes, which were aimed at fixing the many problems in the economy. 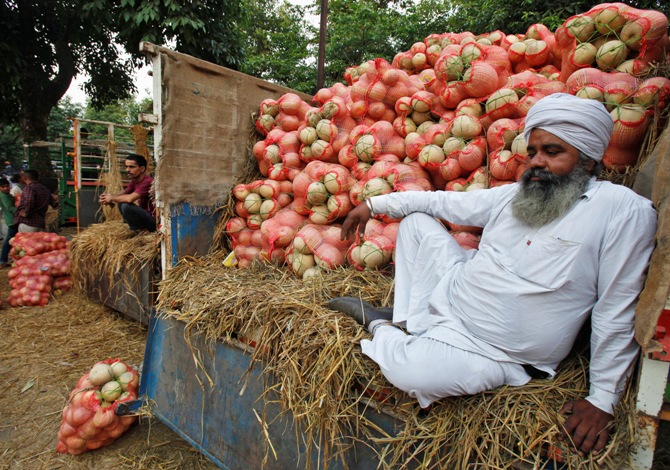 Image: A farmer sits on a trolley loaded with melons as he waits for customers at a fruit and vegetable market in Chandigarh.
Photographs: Ajay Verma/Reuters

Backing up these policies were a host of projects to provide better infrastructure and create more jobs.

These included rolling out broadband highway to reach every village and making all schools e-enabled; setting up investment and industrial regions along the dedicated freight and industrial corridors; creating a fast-track public-private partnership mechanism; launching a project for high-speed trains; developing new world-class ports; setting up the Indian Institutes of Technology and the Indian Institutes of Management in every state and building 100 cities with world-class amenities. 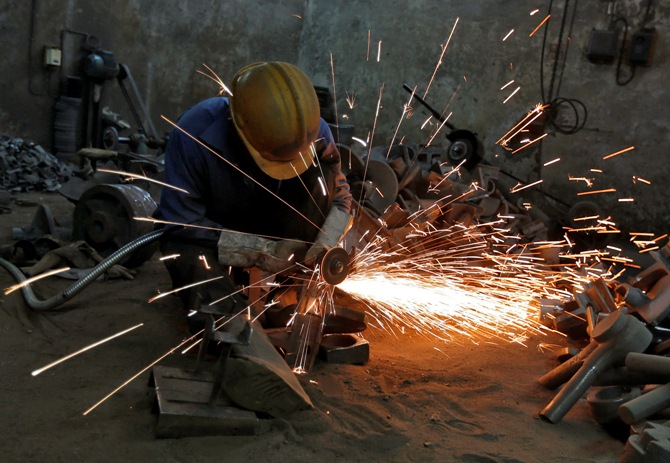 Image: A worker grinds a metal shaft metal used in water pumps at a manufacturing unit on the outskirts of Ahmedabad.
Photographs: Amit Dave/Reuters

Many of these grand schemes were part of the promises the Bharatiya Janata Party had made in its election manifesto.

For any government, achieving those goals would be a tall task, given the current resource constraint the government faces.

But that they were mentioned in the president’s address is an assurance that the party in power now is keen on fulfilling its electoral promise made to the people.

It is now to be hoped that Mr Modi’s government quickly addresses the resources problem using innovative funding avenues and systems. 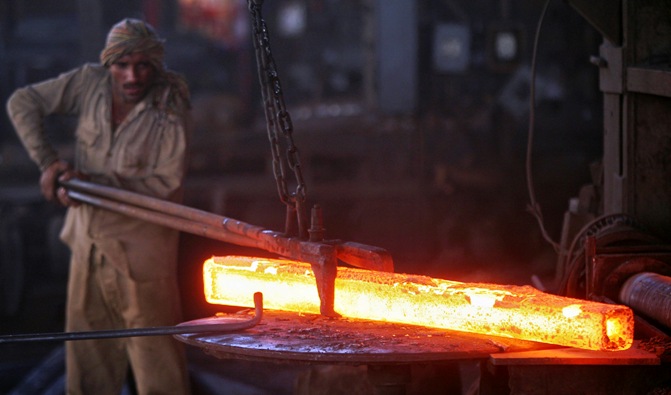 Image: As expected, the focus of the president's address was the economy.
Photographs: Babu/Reuters

As expected, the focus of the president’s address was the economy -- containing food inflation through improved supplies; achieving higher growth through improved effectiveness of investments; and creating more jobs and restoring the confidence of domestic and international investors.

Improving governance too got some attention -- with the promise of time-bound delivery of government services, elimination of obsolete laws and digitisation of government records.

Also reassuring was the promise of a rationalised and simpler tax regime to make it non-adversarial (a clear hint that unfriendly tax policies -- a bane of the previous government -- would be phased out), a renewed commitment to introduce the goods and services tax after addressing the concerns of the states (again a failing of the previous government that prevented its introduction) and an assurance of reforms to enhance the ease of doing business. 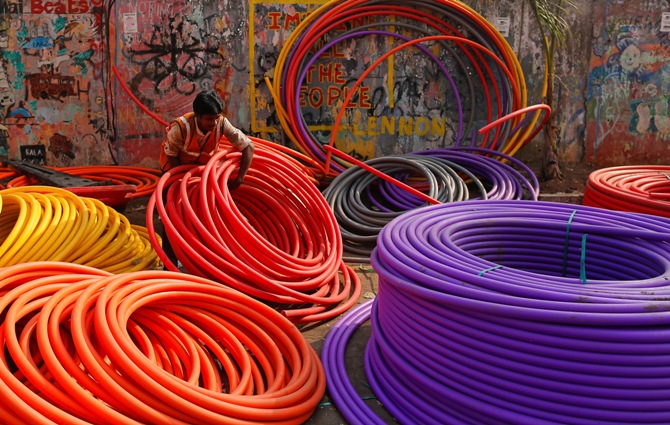 Image: If there is an area of concern, however, it is in the way the president's address has overlooked the need for reducing the government's bloated expenditure.
Photographs: Danish Siddiqui/Reuters

The unqualified welcome accorded to the role foreign direct investment can play in attracting investment reflected the government’s mature response to foreign capital, just as the idea that the environment and forest clearance systems would be made more predictable, transparent and time-bound should come as a big relief to industry, whose investments have remained stuck because of green activism.

If there is an area of concern, however, it is in the way the president’s address has overlooked the need for reducing the government’s bloated expenditure, particularly on account of rising subsidies and how they need to be contained.