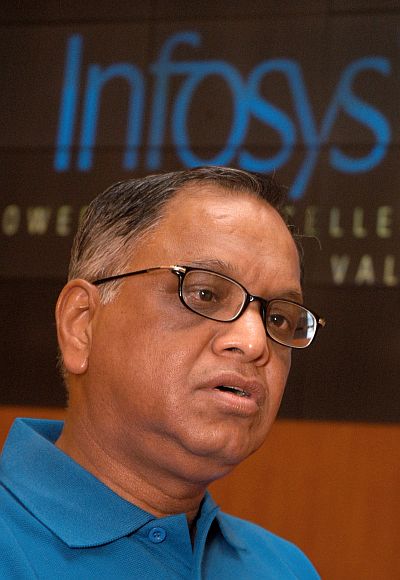 The company is reaping the benefits of change as focus shifts back to traditionally-profitable businesses and deal volumes.

Infosys Executive Chairman NR Narayana Murthy earlier this month sent out a strong message that the company will be able to select its next CEO “from the large pool of available senior managers” once incumbent SD Shibulal retires in 2015. For some time now, Infosys has been under attack for being a promoter-driven company.

Analysts have crunched numbers to show how its performance has fallen under successive promoter-CEOs: Murthy followed by Nandan Nilekani, Kris Gopalakrishnan and Shibulal.

Others have said that this chain of succession caused many capable leaders to leave the company for greener pastures. Murthy’s statement, made during a meeting with American broking house Cowen & Company, was aimed at correcting this perception.

This is not the only wind of change blowing across the Bangalore-headquartered company.

At a time when most IT services companies are edging towards emerging trends that will drive the future of technology, Infosys appears to be getting back to where it started from - an exports-driven IT services company. Among the first things that Murthy has done after taking over as executive chairman of Infosys is to turn its focus back on the traditionally-profitable IT services business (business operations) which includes application development and maintenance, infrastructure management services, testing, business process management and product engineering services.

Business operations was the bread-and-butter segment for most large Indian IT companies but it got ignored in the ambitious “Infosys 3.0” strategy.

The goal of “Infosys 3.0”, a road-map for growth drawn out in 2011, was to improve the company’s portfolio of businesses to ensure “high-quality, industry-leading growth, enhanced revenue productivity and relatively higher margins”.

Infosys had identified trends that it believed would shape the future of IT businesses, and had overhauled itself to put in place a leadership structure to aid the transformation. But even as most observers complimented Infosys for its foresightedness to rise up the value chain, there was a general perception that the initiative was wrongly timed. 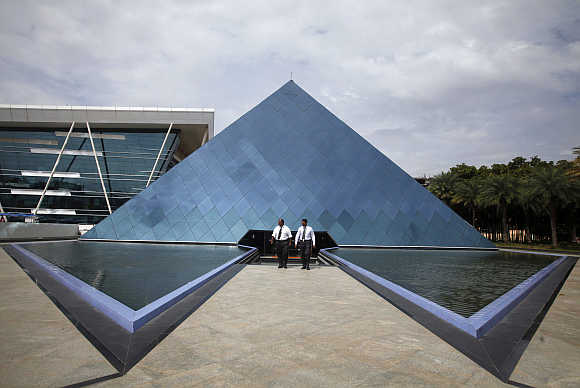 “When Infosys started the journey, the business environment was good. But as it went forward, the economy became volatile and the offerings that Infosys was now focusing on, such as consulting and systems integration, were the first areas where clients started pulling back spending,” an analyst with a US-based brokerage says on the condition of anonymity.

In his first meeting with analysts in August this year, after a gap of nearly eight years, Murthy admitted that the company’s focus on its traditional lines of business had blurred as it was going after end-to-end solutions — consulting, software products, platforms and non-linearity — which were central to the “Infosys 3.0” strategy driven by Shibulal.

“While the company’s broader focus on higher value-add and transformation work would continue, he (Murthy) said the company would aggressively focus on winning large deals and maintaining its market share,” brokerage firm Barclays wrote in a note published after Murthy’s August interaction. 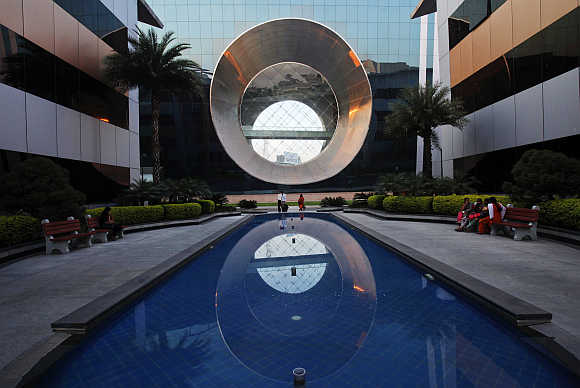 Thus, Infosys has undergone a “big change in direction”, says a company insider.

“The focus now is more short-term rather than long-term.” For example, Murthy after his return increased focus on business operations, which is primarily aimed at gaining volumes.

The company has publicly said that it would chase and win large outsourcing contracts, and even be flexible in overall cost of ownership (pricing).

To align the staff structure to this new goal, a downsizing exercise was carried out at Infosys’s research and development (R&D) arm, Infosys Labs, and employees were moved to billable projects as the company wanted to tap the opportunities that were revenue generating. Infosys Labs had a team of around 600 employees focused on developing proprietary software technologies. 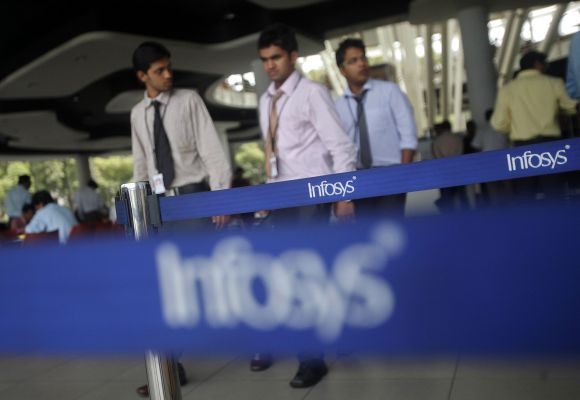 Besides, to deal with the other challenge facing Infosys—slowing growth over the quarters—, Murthy outlined a three-pronged strategy in July that he believed would help the company re-establish itself in the market. The underpinning of this strategy was to improve sales efficiency, boost employee productivity, and rationalise costs.

The morale of Infosys’s employees was at an all-time low primarily because the company had failed to maintain the industry tempo of giving timely wage increases. Infosys's cost structure is considered higher than its peers because of its higher dependence on onshore teams.

“Any distraction from what a company stands for in the market place is dangerous, especially when the industry is coming out of a downturn and a significant amount of contracts are up for renewal in 2014 and 2015,” says Partha Iyenger, vice-president, distinguished analyst and India head of research firm Gartner.

“There needs to be clarity that it is committed to the IT services business and that’s really the fundamental thing that Murthy has brought back to Infosys. Now it needs to execute those things.” 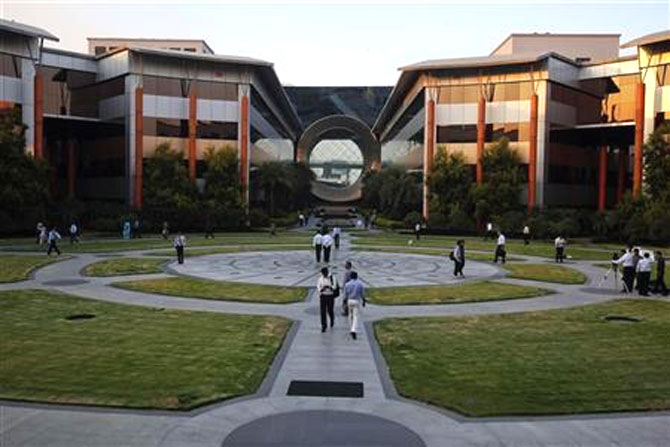 Within a few weeks of Murthy's return, Infosys saw a slew of organisational changes and exits of several key employees. While there are some observers who believe that these employees exited in pursuit of better opportunities, many others believe that some of them were forced to leave due to non-performance.

Among those who left were Ashok Vemuri who was the head of Americas and global manufacturing vertical — he moved to join rival iGate. Vemuri was also a board member at Infosys and was seen as one of the top contenders for the CEO’s post. Other exits from the company included Global Sales Head Basab Pradhan and North America Head for Financial Services Sudhir Chaturvedi.

“Performance has become the key at the company. It is looking at each role and deciding whether it wants the person or not,” another source at the company says. “There is a kind of urgency to perform among employees, and everyone is trying to get one’s act together.”

During his interaction with analysts, Murthy had mentioned that “there is a renewed focus on meritocracy within Infosys”. “There is a sense of urgency that pervades the company now and given the challenging scenario, it is easier to change the culture now than three years ago,” brokerage firm Barclays had quoted Murthy as saying in its note. “The company will tweak its go-to market strategy (how to sell, win deals and deliver projects) and try to reduce on-shore effort. The company is open to hiring people from outside (more open than before) to plug some of the gaps in skill-sets.”

Despite the slew of exits, investors and observers remain optimistic about Infosys. Murthy is also creating the second line of leadership at the company.

In October, Infosys inducted 12 new members into its executive council, which is probably the largest expansion ever of the apex body formed in 2001. The council is responsible for key operational and strategic decisions, and the addition of new members was seen as bringing younger blood to the company's senior leadership.

Many observers are relieved that the company has gone back to leveraging the cost advantages of offshoring.

“Infosys is in the process of offshoring most of the cost-centres like sales, general & administrative, and support functions...Infosys is standardising delivery by using automation, tools, accelerators et cetera,” brokerage firm Prabhudas Lilladher said in a note published this week.

The renewed focus of the company seems to have already started paying dividends. In the recently-concluded July-September quarter, the company posted healthy growth, raised the lower-end of its revenue guidance for the full year, and said that it has ‘definitely’ started winning more large deals than before.

The next big thing that the company perhaps is targeting is to achieve predictability over the business which it had lost when it discontinued giving quarterly guidance. Industry experts believe the many initiatives that Murthy has undertaken in the recent past will help the company regain that capability. 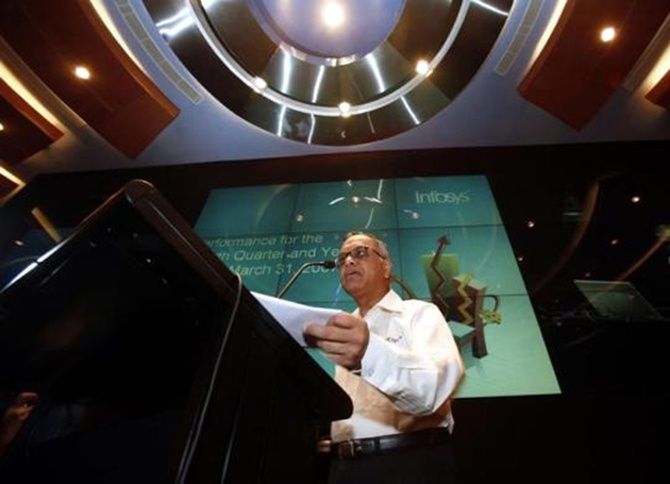 Among other things, NR Narayana Murthy’s return to Infosys has brought back investors’ interest into the company. Analysts who had written off Infosys due to its poor performance for several quarters turned positive on the company after his return, considering his track record and ability to run the business efficiently.

This is reflected in Infosys’ stock price which has risen over 37 per cent since June 3, 2013, when the company announced the re-appointment of Murthy. On December 16, 2013, Infosys’ stock hit a near three-year high.

The investor community has such blind faith in Murthy that when he was being criticised by many for breaking an integral policy of the company by bringing his son with him when he returned, an analyst had said: “He may bring whoever he wants to, and change whichever policies he wishes to, investors are ready to overlook everything it takes to bring Murthy back. He can make magic happen, and we will see it in the coming months.”