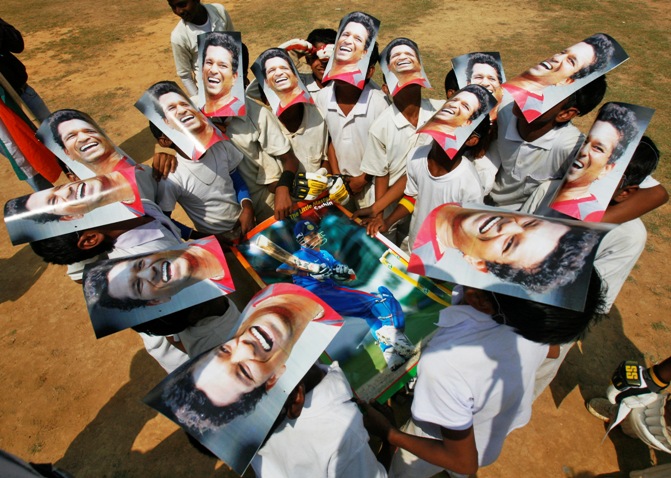 There is something uniquely interesting about Sachin Tendulkar.

He is among the first heroes to be actually referred to by his first name, ‘Sachin’ -- a reflection of the level of affection that he has received from Indians.

As Sachin Tendulkar walks into the sunset after 24 years of international cricket, it’s worth reflecting what inspiration corporate India can draw from his iconic career.

No one can deny his cricketing prowess; it will remain in the cricket record books.

But there is no doubt that he was a strong brand for both fans and players.

For his fans, he was a symbol of hope, joy and pride -- his career, interestingly, matched with the opening up of India and the growing optimism about, and confidence in, the Indian economy.

For players, teammates and opponents, he was a symbol of admiration and awe. 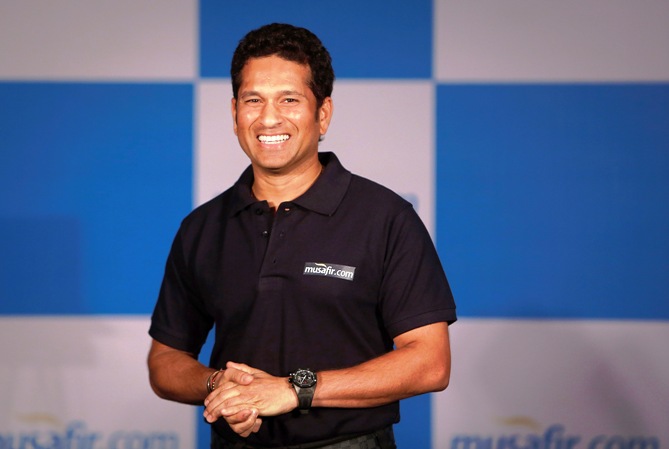 Not only was he a brand ambassador for India’s excellence in cricket, he was also a brand himself -- with a strong enough relationship with his fans to be labelled the ‘God of Cricket’.

The secret of Sachin Tendulkar’s success was nicely summarised by Ayaz Memon in a recent tribute: “At its core, the Tendulkar phenomenon is based on undying passion for the game and huge innate ability.

“However, this alone is not a recipe for greatness, as several unfulfilled careers show. What he also had was undying ambition, the good sense not to take his talent for granted, dedication and a truly extraordinary capacity to absorb pressure.”

Substitute Sachin Tendulkar with brand and all the principles hold good.

Their success is not a flash in the pan. 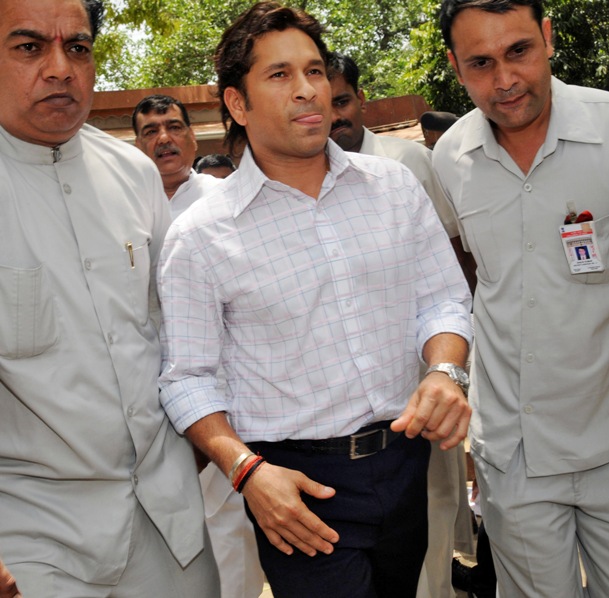 They are intrinsically good products that answer the consumer’s needs, and have the passion and the drive to make a real difference in the consumer’s life.

Yet good products don’t become great just because of their inherent qualities; they need owners who are passionate to make them a success, and who are able to keep up with the times.

Thus, they can change as society changes around them, and adapt themselves to meet new, evolving needs.

Sachin Tendulkar’s adaptability is best summarised in his own words: “When you play for a long time, it is natural changes are going to take place.

“If I kept playing the same way throughout my career, it would mean the opposition have not been using their brains.

“The opposition works on your game and comes up with certain plans.

“Cricket is often about not doing what your opponents want you to do. You have to be smart” (emphasis mine). 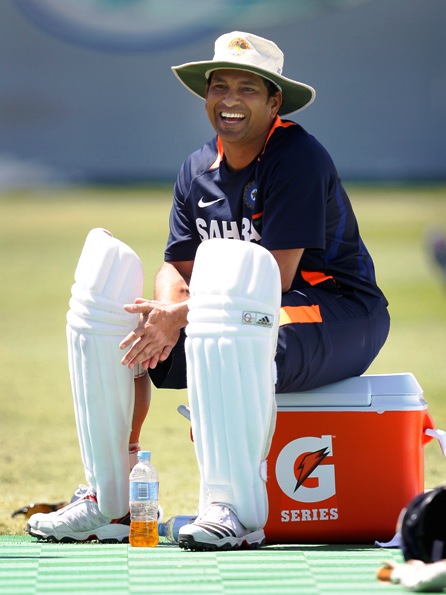 “There is much wisdom in these words, relevant to both brands and brand owners.

“As brands mature, they need to retake guard to manage their new situation -- things that worked during the launch and growth stages don’t necessarily work during the maturity stage.

And there is a need to constantly keep an eye on your competition.

Taking talent or product advantage for granted could be dangerous.

Finally, the extraordinary capacity to absorb pressure is also critical.

For Sachin Tendulkar, pressure emerged from, at one level, the expectations of a billion people.

But at another level, since 2000 it was the ability to deal with setbacks, such as injuries and bad-form patches, and come back that made him the champion he was. 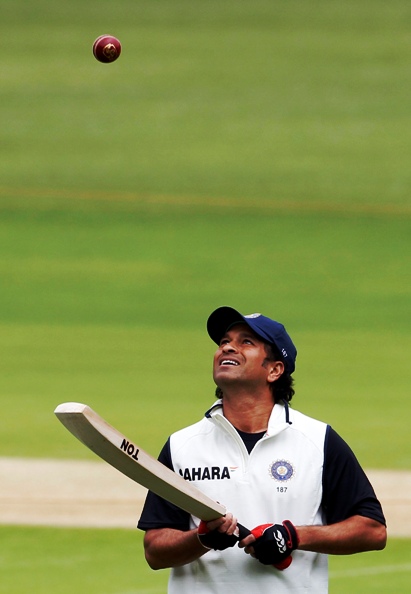 Image: Sachin Tendulkar bounces a ball on his bat during a practice session.
Photographs: Vivek Prakash/Reuters

The same is true of great brands.

Troughs and setbacks are part of life; what separates the good from the great is the ability to make opportunities out of challenges and come back.

Another aspect of Sachin Tendulkar as brand that is worth emulating is the ability to monetise the brand while on top.

It may sound commercial, but strong brands have the power and ability to draw more value for themselves by extending themselves beyond their core area as long as it doesn’t dilute core equity.

Sachin Tendulkar needs to be saluted -- during his career, cricket remained his core focus and his performance rarely weakened due to his other commitments. 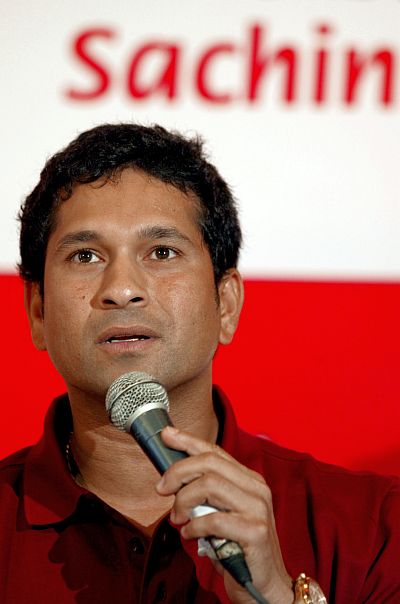 He monetised himself well, but never let the distractions distract him.

Finally, Sachin Tendulkar as ‘team player’ is also something that corporate India can learn from.

He was a trailblazer in his own way.

His career can be divided into two eras: BC and AC, before captaincy and after captaincy, both equally long and illustrious.

To show the humility to step down from captaincy and play as a player for more than 13 years with younger players is quite instructive.

His power came from ‘leadership through excellence’ in what he did, rather than from the seat or the title he held.

He was held in high esteem by his opponents; Matthew Hayden’s remark, “I have seen God.

He bats at number 4 for India”, pretty much sums up what rivals thought of him. 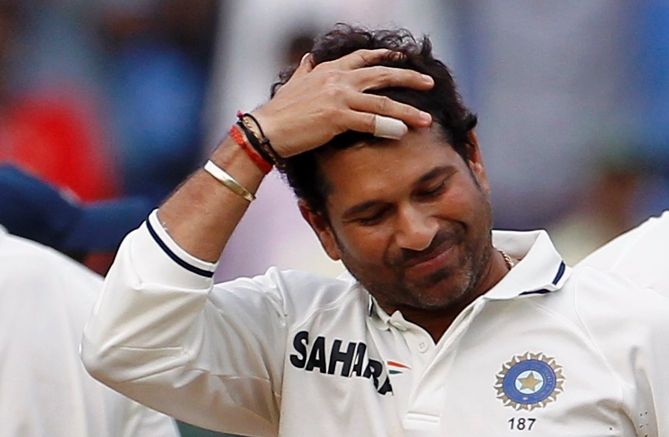 And the inspiration he was for many young players in India in the new millennium -- from Harbhajan Singh to Virender Sehwag to Yuvraj Singh -- is well documented.

The secret here was doing what he did best -- batting -- rather than doing what a normal structure demanded -- become captain and hurt your performance.

Corporate structures need to recognise that the leader’s need not be the most coveted -- and perhaps not even the highest-paid -- job, especially in an idea-centric world.

Star performers could be paid more if their contribution is isolated and identified as game-changing.

Leading a team is a distinct skill, but performing for the team’s success is quite another.

The two skills need to be viewed and weighed accordingly in order to determine rewards and recognition.

Stars with the right attitude, which Sachin Tendulkar has in large doses, can be nurtured to ensure they become internal role models to drive a team to greater success.

Sachin Tendulkar’s record today may seem like a mountain to climb: more than 34,000 international runs, 100 international hundreds, 200 Test matches, 463 One-Day Internationals and 24 years in the game.

But, as happens to all such records, they will be bettered by others.

However, for our era, he will remain unique and everyone from any field has much to learn from him. Something worth thinking about.