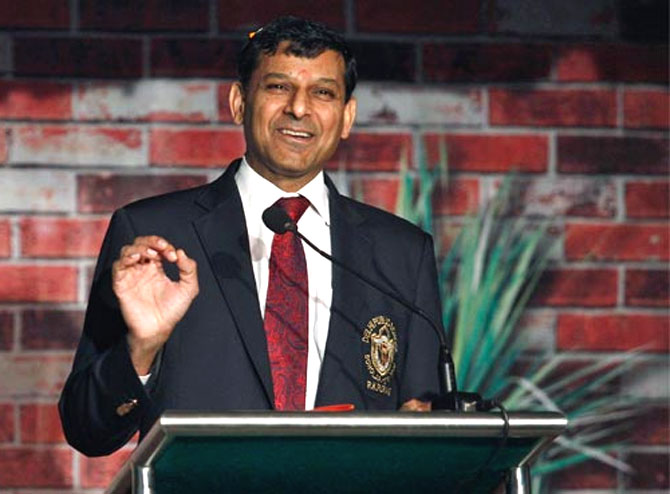 The rupee posted its biggest quarterly gain since the September quarter of 2012, breaching the 60-a-dollar mark on Friday (it ended at 59.94 a dollar). But analysts said further gains could be capped by the Reserve Bank of India (RBI), which used the opportunity to buy dollars to boost its foreign exchange reserves.

According to estimates, RBI has, since mid-March, added about $5 billion to its foreign exchange reserves. The reserve building exercise is being seen by market experts as preparing for the worst: A sudden exit of hot money in case of a fractured mandate on May 16, when the results for the 2014 general elections will be announced.

"As we expected, the RBI is rebuilding forex reserves to stabilise the rupee," economists at Bank of America-Merrill Lynch said in a note to clients. "It has bought $5 billion (including maturity of FX swaps with oil companies) since mid-March. It should be able to contain Rs 65/$ if a fragmented verdict leads to portfolio outflows."

Under Raghuram Rajan, the central bank is adopting the strategy of boosting foreign exchange that was earlier seen when Bimal Jalan and Y V Reddy were heading it. This was seen as a key for rupee's stability. Rajan's predecessor, D Subbarao, was often criticised for not building forex reserves when the rupee was appreciating. 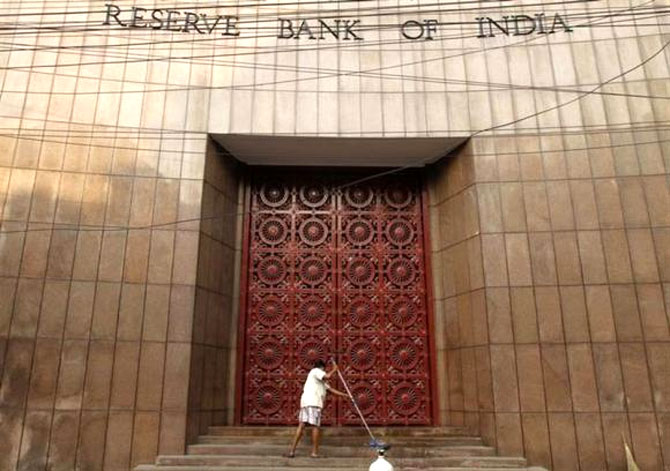 Jamal Mecklai, chief executive of Mecklai Financial Services, said: "RBI is building the reserves and has being doing this for some time. It is a prudent move because you never know what will happen. Besides, if the rupee appreciates too much and too fast, it might create trouble for exporters. It is a very good move on the part of RBI."

India's forex reserves are close to $300 billion now. The latest RBI data show the reserves at $298.6 billion, up about $24 billion since early September last year - just before the central bank unveiled several steps to boost inflows.

The foreign exchange reserves are now at a 27-month high.

On Friday, the rupee saw stiff resistance around 60.4 levels, as government banks were seen buying dollars on the RBI's behalf. The domestic currency has appreciated about 13 per cent since it hit a nadir of 68.83 on August 28.

Foreign institutional investors have poured in more than $12 billion into Indian equities since September, while the debt segment received $2.5 billion. These helped the rupee strengthen. 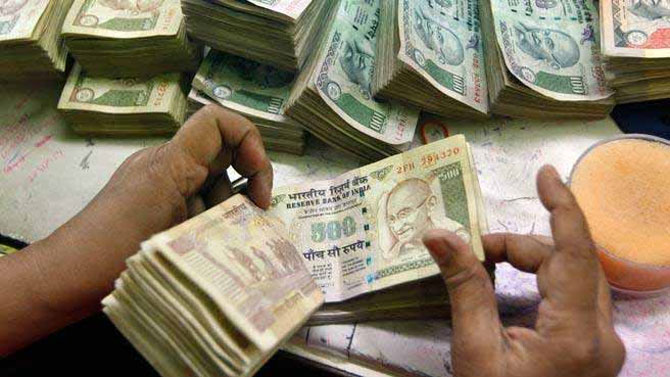 Image: The country's foreign exchange reserves, which can cover imports for about eight months now, is still lower than the 10-month cover seen as key for currency stability.
Photographs: Rupak De Choudhuri/Reuters

Even if the elections bring in a stable government - which will boost foreign portfolio investment - RBI might not allow the rupee to appreciate beyond Rs 58 a dollar and would continue to boost reserves.

The country's foreign exchange reserves, which can cover imports for about eight months now, is still lower than the 10-month cover seen as key for currency stability. In addition, the US Federal Reserve has started tapering its bond-purchase programme, sucking out global liquidity and putting pressure on emerging market currencies.

Saugata Bhattacharya, chief economist, Axis Bank, said: "Given the prospects of volatility in the global market, RBI has been buying dollars to boost foreign exchange reserves. There are expectations of a rate hike in the US in quarter one or quarter two of 2015, which is likely to create volatility in the market. Bolstering reserves will help make our external balance sheet more robust in terms of covering imports and short-term external debt." 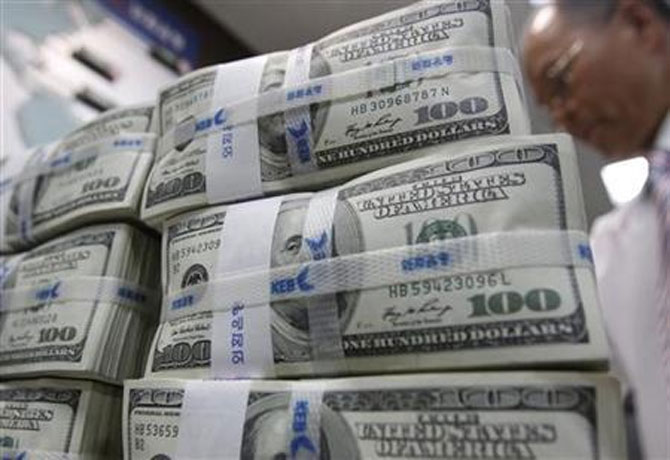 Image: A policy of appreciation, at the cost of buying FX, ended up halving import cover.
Photographs: Truth Leem/Reuters

Congress, 1991-96
* Under C Rangarajan, RBI moved to a floating exchange rate regime in March 1993 and started building FX reserves to avoid a repeat of the 1991 crisis

UPA-II, 2009-14
* A policy of appreciation, at the cost of buying FX, ended up halving import cover. From September 2013, under Raghuram Rajan, RBI started recouping FX reserves by the FCRN (B)-cum-swap scheme