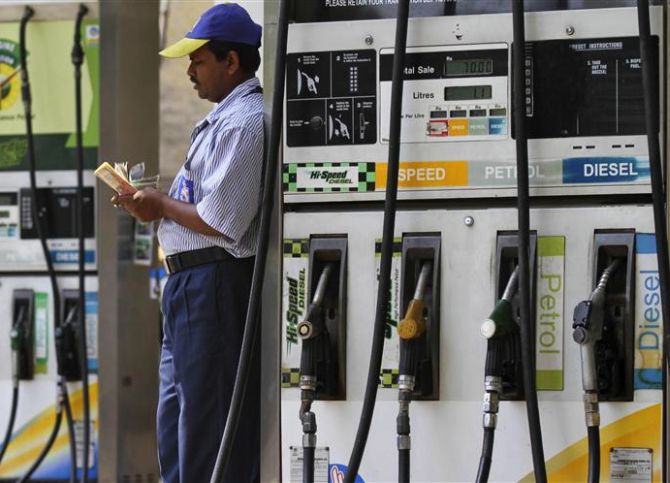 The price of petrol was on Tuesday cut by 70 paise a litre, excluding local levies, the second reduction in rates this month as appreciation of the rupee against the US dollar made oil imports cheaper.

The reduction, effective midnight tonight, excludes local sales tax or VAT and the actual cut will be higher, varying from city to city.

In Mumbai, petrol will cost Rs 80 a litre from Wednesday as against Rs 80.89 currently. 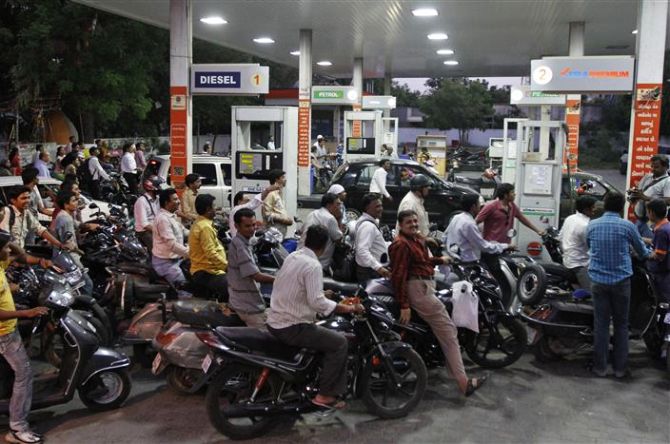 Announcing the rate cut, Indian Oil Corp, the nation's largest fuel retailer, said, "The continued appreciation of the rupee has resulted in reduction in petrol prices."

There will be no change in diesel prices as oil firms revise rates of the nation's most consumed fuel on a monthly basis.

The government freed petrol prices from its control in June 2010 and since then state-owned oil firms have been revising rates on the 1st and 16th of every month based on the fortnightly average of international oil prices and the rupee-US dollar exchange rate.

For diesel, the government had in January last year decided to allow oil firms to raise rates by up to 50 paise a litre, excluding local levies, every month until losses on the fuel are wiped out.

Since January 2013, diesel rates have risen by Rs 8.33 over 14 monthly installments. IOC said it still loses Rs 5.49 on the sale of every litre of diesel. 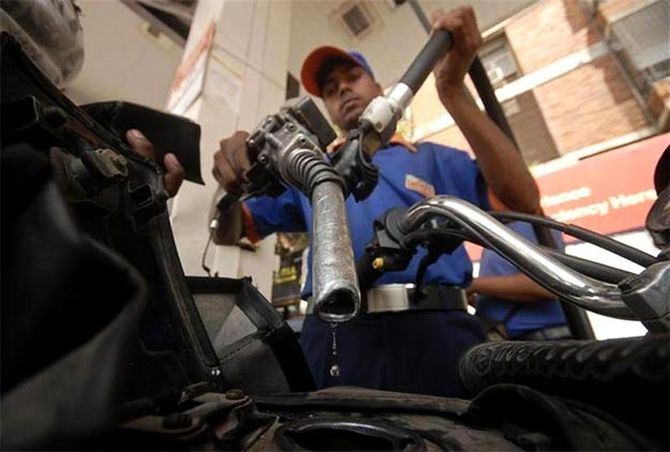 "On April 1, prices of petrol were reduced by Rs 0.75 per litre, excluding state levies, resulting in retail selling price at Delhi going down by Rs 0.90 a litre," IOC said.

"This reduction was effected on the back of a declining trend in international prices of MS (motor spirit) accompanied by a strengthening of the rupee-USD exchange rate," IOC said.

The company said that since the last price change, while global oil rates have remained almost static, the rupee has strengthened further against the dollar.

"The continued appreciation of the rupee has resulted in reduction in petrol prices warranting the proposed decrease in selling price by Rs 0.70 a litre (excluding state levies) with effect from midnight of April 15/16," IOC said today.

The company said oil firms are losing Rs 5.49 a litre on diesel, Rs 34.43 per litre on kerosene sold through the public distribution system and Rs 505.50 per 14.2-kg domestic LPG cylinder.

It projected the industry's revenue loss on the sale of the three products at Rs 120,000 crore in the current financial year.

"The movement of prices in the international oil market and rupee-USD exchange rate are continuously under watch and developing trends reflected in future price changes," it added.

Tags: IOC , USD , LPG
More
© Copyright 2022 PTI. All rights reserved. Republication or redistribution of PTI content, including by framing or similar means, is expressly prohibited without the prior written consent.
Print this
article