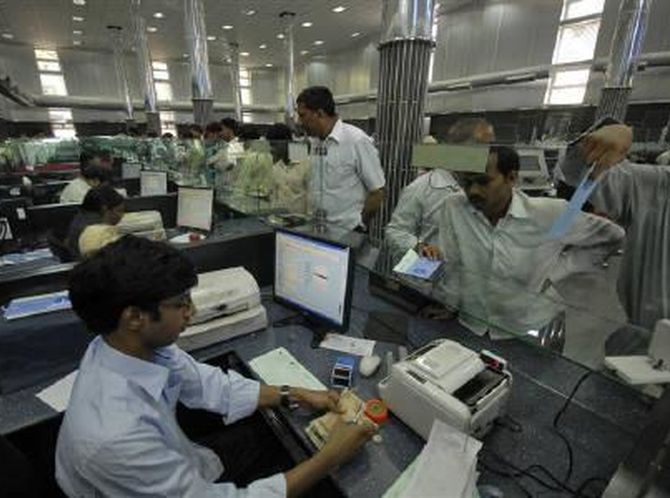 Why is it people don’t claim their own money? The reasons could be several. In the case of Provident Fund (PF) money, the most common reason is people change jobs and forget to claim these amounts.

Many also forget about their salary accounts while changing jobs. Shifting to another city is a common reason why people forget about their bank deposits. In the case of insurance money, this if often left unclaimed because the family of the deceased policyholder isn’t aware of the policy and is unable to claim the money on time. In most cases, claims are paid through cheques or bank drafts. If these reach the beneficiary after the due date, the money remains unclaimed. 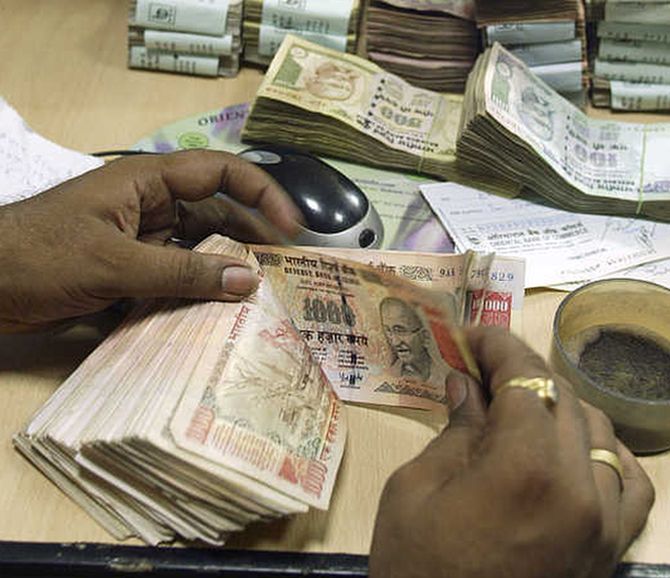 Image: A cashier counting notes in a bank
Photographs: Reuters

The process for claiming this money isn’t very difficult; all it takes is a little bit of time and effort. And, with regulators making it mandatory for banks and insurance companies to display the details of unclaimed deposits and policies on their websites, it is now easier for consumers to claim what is rightfully theirs.

Here’s how to go about it:

Bank deposits that haven’t been operated for at least two years are classified as unclaimed or inoperative. However, the money in these accounts remains with the bank and continues to earn interest, which is paid only when the account holder or nominee (in case of death of the account holder) claims the money. The only charges the bank deducts are those towards non-maintenance of the minimum balance. 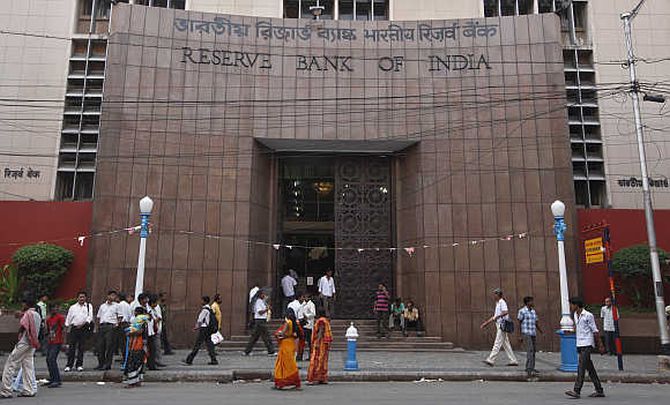 According to the Reserve Bank of India’s guidelines, all banks have to display the details of unclaimed deposits on their websites and update these about every six months. To claim an unclaimed deposit, an account holder will have to produce know-your-customer proof, which includes proof of identity and residence. In case of fixed deposits, you might be asked why the amount wasn’t claimed at maturity.

If the branch manager is doubtful about the identity of a person, he might ask for additional identification such as an introduction by an account holder in the same bank. If the deposit holder is able to convince the branch manager of his identity, there won’t be any delay in claiming the money.

But if the account holder’s heir or nominee is claiming the sum, the bank will seek a succession certificate. This is required only if the money in the account exceeds a certain amount, says the head of retail operations of a public sector bank.

“Getting a succession certificate might take time because a court will want to ensure there are no other claimants for the money. So, the nominee or heir may be asked to publish a notice in newspapers. The purpose is to ensure the money is given to the right person,” he says. 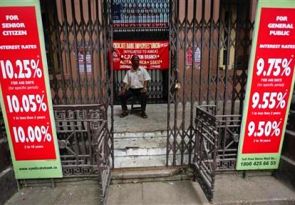 It is advisable to close bank accounts one doesn’t use, such as an old salary account. Also, keep a list of fixed deposits with their maturity dates handy, so that you remember to either redeem the fixed deposit on time or renew it. Also, operate your account at least once in six months to ensure it remains active.

Last, don’t forget to mention a nominee’s name while opening an account.

Recently the Insurance Regulatory Development Authority (Irda) issued a circular, asking insurance companies to display the details of policies unclaimed for six months from the date of settlement.

Irda also asked companies not to settle claims through bank drafts or cheques if these exceeded a certain amount (Rs 10,000 for life insurance policies and Rs 25,000 for general insurance policies). Claims must be settled only through electronic clearing settlement or net banking. 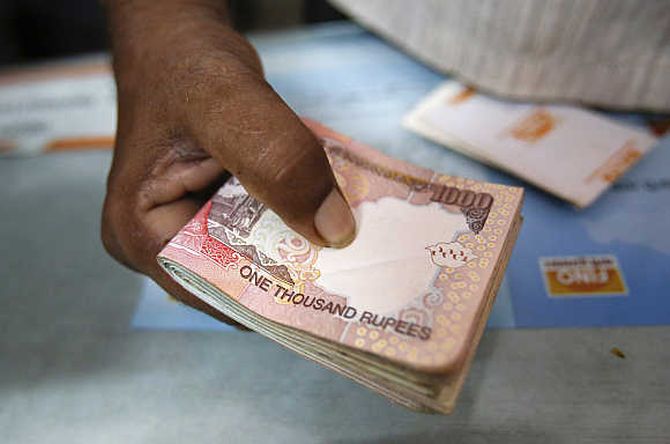 Image: A customer depositing money at a cash counter in a bank.
Photographs: Jayanta Dey/Reuters

But if a customer doesn’t update the details of his bank account, it will not amount to much, says  P Nandagopal, managing director and chief executive of IndiaFirst Life Insurance. “Insurance companies will have the bank account details of the policyholder.

But what is the guarantee the account will be operative after, say, 10 or 15 years? That is why companies send cheques and bank drafts. Contacting the customer is an issue,” he says.

Instances of customers and their family members forgetting about an insurance policy are more in the case of group insurance because in such cases, policyholders might not even have the documents. 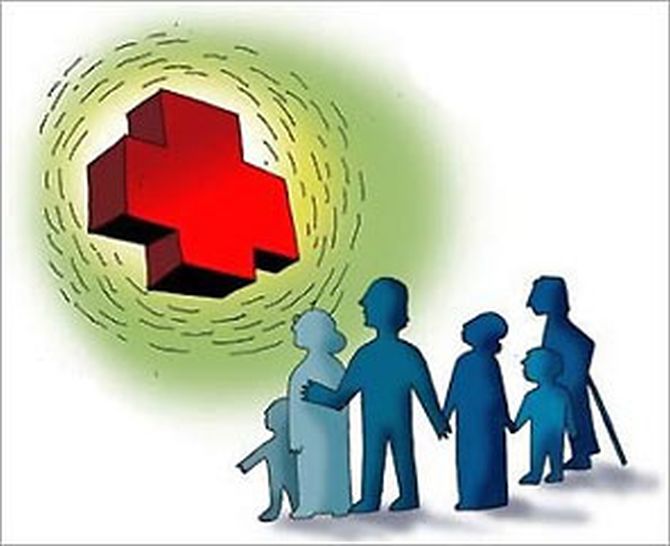 Instances of customers and their family members forgetting about an insurance policy are more in the case of group insurance because in such cases, policyholders might not even have the documents.

Another reason why money isn’t claimed is even if a nominee lodges a claim, the amount will only be provided to the heir. Verifying the validity of the heir might take time.

Nandagopal suggests paying claims through cards such as pre-paid cards or debit cards. This is already in practice in the case of health insurance policies. “Technically, it is possible to do this and companies should work on this,” he says. 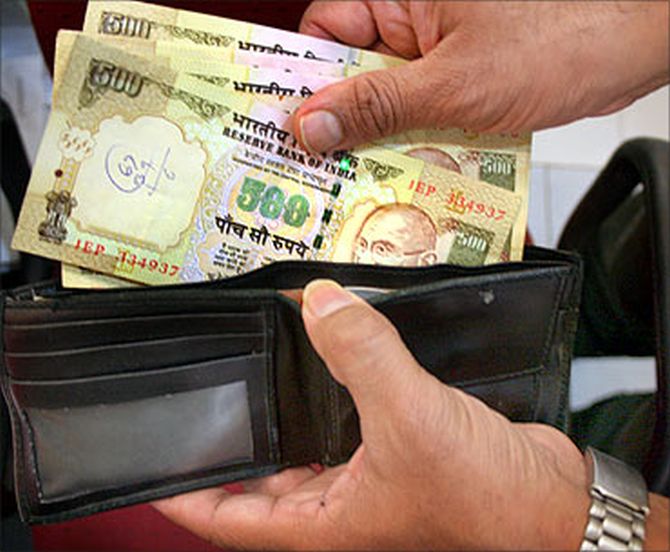 Image: A customer keeping notes in his wallet after withdrawing it from a bank

“There are no unclaimed deposits with the EPFO; it is just that subscribers have delayed claiming the money,” says EPFO Commissioner K K Jalan. Forgetting to transfer PF accounts while changing jobs is the primary factor behind unclaimed PF deposits. Earlier, subscribers let the money lie with the EPFO, as this fetched them interest (8.75 per cent for 2013-14). However, as the EPFO stopped paying interest on inoperative accounts (any account in which PF hasn’t been deposited for the last three years), unclaimed deposits have come down, says Jalan.

Admitting there could be problems in transferring PF accounts while changing jobs, Jalan says online transfers and proposed universal account numbers will take care of this.

To withdraw your PF money, you have to fill and file Form 19 (for PF) and Form 10 (for pension) with your employer. It is best to do it while tendering one’s resignation. One also has to provide a cancelled cheque, which provides the employer the bank account the details of the person concerned. 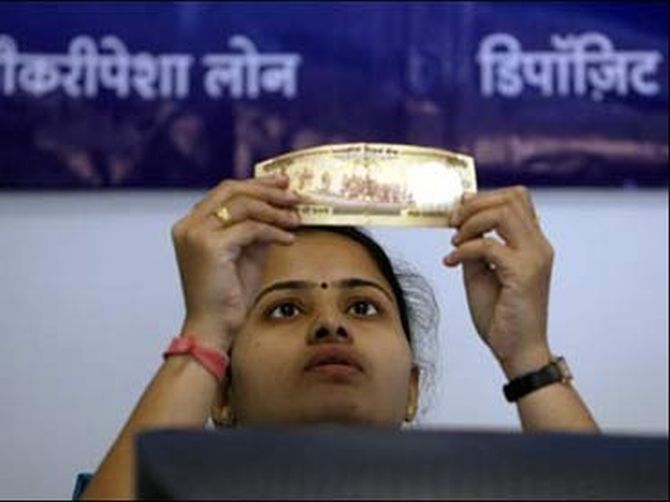 Image: A teller checking validity of a note
Photographs: Reuters

* Mention a nominee while opening an account; this helps in case of death of the account holder

* While claiming a deposit blocked for long, provide details such as account number, identity proof and surety by a person known to both the bank and the customer

* Keep track of all fixed deposits and their maturity dates 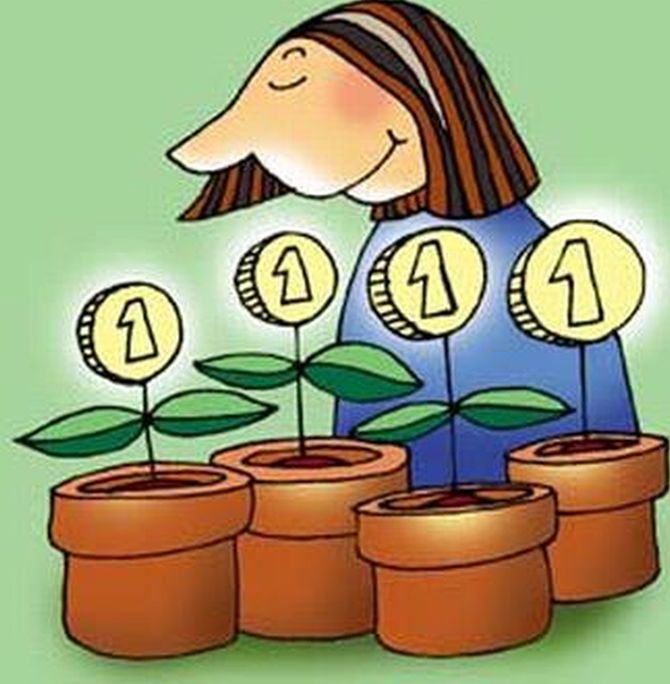 * To withdraw your PF, fill and file Form 19 (for PF) and Form 10 (for pension) with your employer

* It is best to do this while tendering your resignation

* Provide a cancelled cheque, which will inform your employer of your bank account details

* To transfer the PF account from your previous job, fill and file Form 1