The new finance minister would have to get on the Budget exercise for 2014-15 right after he takes charge on Tuesday, as the plan is to present it in Parliament by June-end or the first fortnight of July.

Officials said the initial process had begun and the minister would be presented with facts and figures. Beside, the idea is to have pre-Budget consultations with stakeholders from the first week of the minister taking over, though "a final call will be taken by the new minister", an official said.

The practice might be continued, since next Prime Minister Narendra Modi was heading the Gujarat government till a few days back. 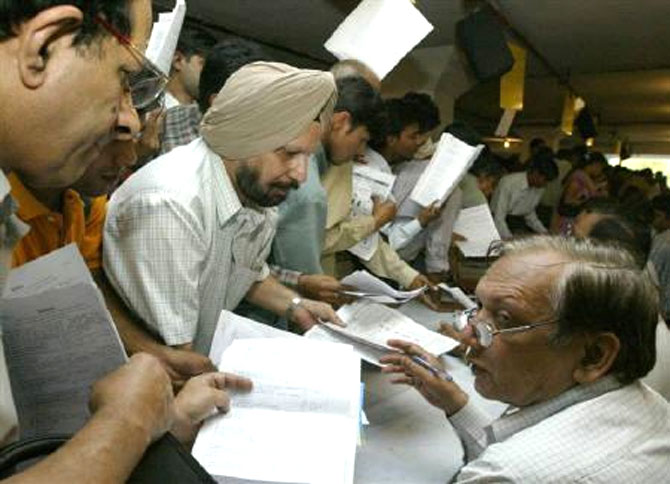 Asked what would be his advice to the government if invited, Devendra Pant, head, public finance, at India Ratings & Research, said: "The biggest challenge is inflation. Continuing with fiscal reform such as subsidy control and targeting it is a must."

The now-ruling Bharatiya Janata Party's election manifesto had talked about ending "tax terror". Pant said the moment you simplify tax laws, "tax terror" would also come down. In this respect, the long-proposed Direct Taxes Code (DTC) could play an important role, though the Budget might give only an outline, he added. 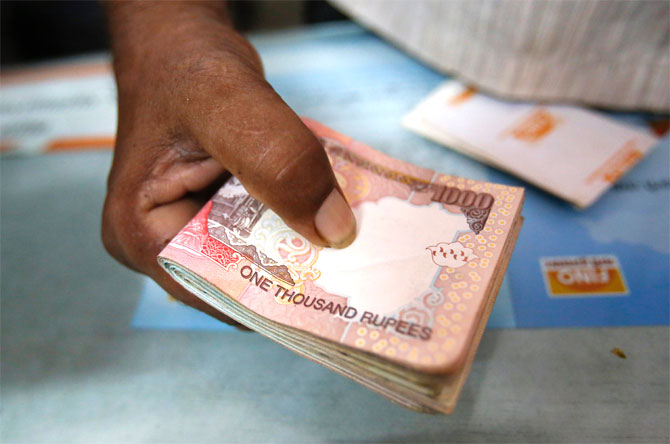 Officials in the ministry are going through inputs from business chambers to the new government. "We might start the interactions with chambers and (like) associations," another official said.

While the chambers are yet to give their pre-Budget memoranda to the government, their broad inputs are already in the public domain.

The Confederation of Indian Industry, for instance, had said the focus should be on promoting investments, reviving manufacturing, fiscal consolidation, etc. Assocham president Rana Kapoor had said the immediate task was to send a strong message that the tax regime would be clear and non-discretionary to different interpretations and under no circumstances should be retrospective.

Officials said a lot of updated data on the fiscal deficit, gross domestic product, tax collections and actual expenditure had come since presentation of the interim Budget in February. So, new targets would be set. 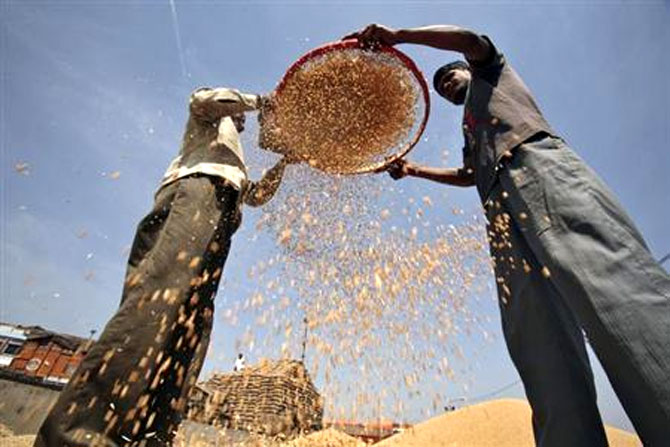 Image: Much would also depend on the GDP data for entire 2013-14.
Photographs: Ajay Verma/Reuters

India's gross domestic product (GDP) growth fell further to 4.7 per cent in the third quarter of 2013-14 against 4.8 per cent in the second. However, it was higher than the 4.4 per cent in the first quarter. The data came after presentation of the interim Budget.

Besides, the fiscal deficit rose 14 per cent higher till February 2013-14 over the revised estimates for the entire year. However, officials are hopeful they'd have contained it at 4.5 per cent of GDP in 2013-14, lower than the 4.6 per cent given in the revised estimates, since March would generate a surplus.

Much would also depend on the GDP data for entire 2013-14 that will come out on Friday. Advance estimates pegged GDP growth at 4.9 per cent for 2012-13, while indications are that it would be lower than that.