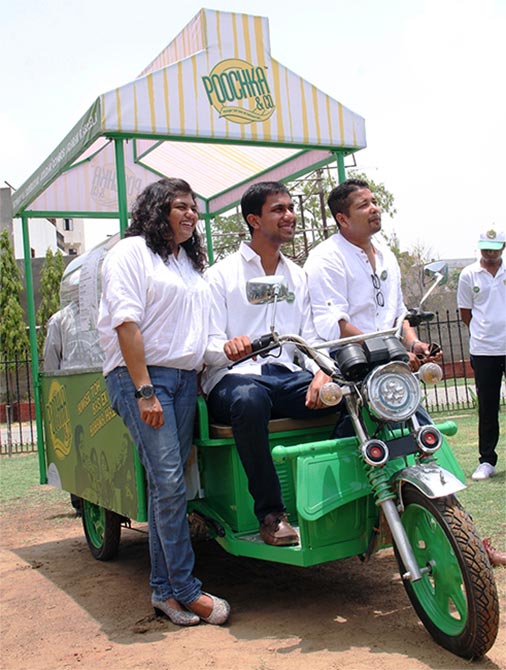 Call it paani puri, gol gappa or poochka. This famous street chat is popular across cities in India and one can hardly resist the temptation of having a plate or two.

Pani Puri may be called the 'king of chats' but it still remains the forte of the unorganised sector, as it requires minimum investment so most of the sellers or hawkers hail from below poverty line (BPL).

Despite these tangy and tasty roadside delicacies being considered unhygienic, an increasing number of kiosks selling these are visible in food courts of Indian malls today.

But poochka lovers claim that these clinical street foods lack the roadside flavour.

However, three young management and engineering degree holders - Naman Kandoi, Esha Guha and Supratik Guha have come up with the idea to make poochka as India’s first ever street food venture into an organised one.

Suprateek, who did his MBA from Denmark, has even left a whooping Rs 72,00,000 package to start the new venture. 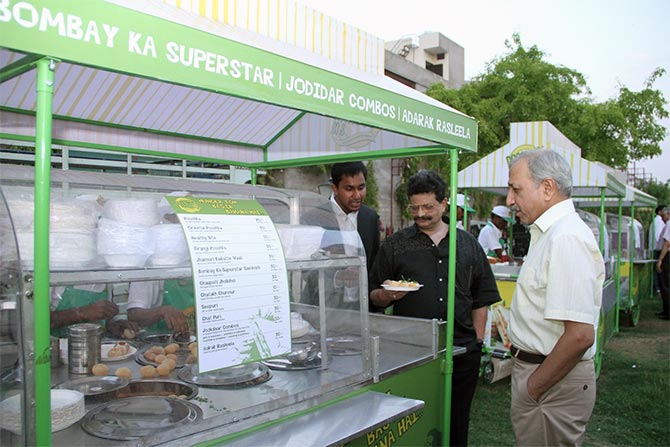 Image: The Director General of Police, Rajasthan, Mr. Omendra Bhardwaj taking a look at one of the carts of Poochka & Co. in Jaipur. He inaugurated the street food venture.

Suprateek informs, “P&Co started as a simple idea born out of observing and comparing the street food industry in India and abroad.”

He futher said that in places like America and Europe, this industry is highly regulated for quality standards and the proprietors involved in the industry make a modest living providing a service and product that they see as an integral part of modern lifestyle.

Be it hot dog stands in New York City or falafel carts in London.

These local favourites are associated with the cultural backbone of these throbbing cities. 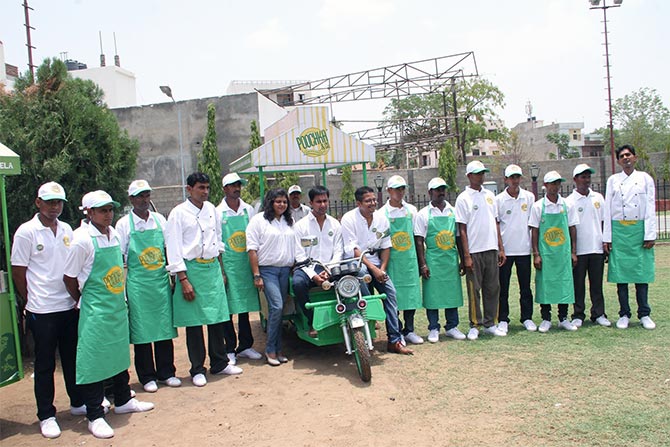 Naman Kandoi, who has done his MBA from Imperial College Business School, claimed, “Even in India, cities like Mumbai and Kolkata are associated with their street food, like vada pao and egg rolls respectively. "

He further said, "Although the demand and supply of street food is as large as it would be in any other country in the world, the industry is known for its unhygienic practices and lack of regulation. And this is where P&Co wants to establish itself.”

“The ‘chaat’ in India is as unifying and loved as cricket.

This nationwide phenomenon also faces one of the biggest problems in the street food industry – chaat is mostly uncooked, allowing even minute negligence to seriously affect the quality of the food. Poochka (gol gappa, pani patasi, pani puri) uses water as one of it main ingredients and according to a survey, it is the most sought after street food in the country,” said Esha who has completed her management studies from Narsee Monjee Institute of Management Studies (NMIMS) 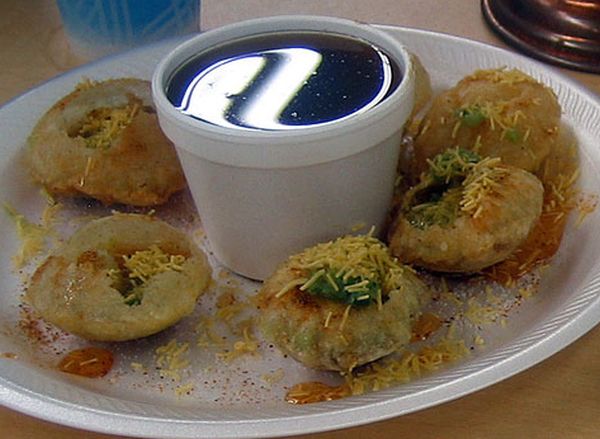 These battery run carts are customised, designed by the trio who have also set up a centralised kitchen. Initially, six items are available in the menu.

The company has plans to expand across Rajasthan. The price has also been kept affordable ranging between Rs 10 to 30.

However, even after such a major initiative, the traditional poochka sellers are not worried a lot, “Har koi apne kishmat se kamata hai, Reliance (Fresh) ke aane se kya dusre dukaan bandh hogaye kya? (Everybody earns with their destiny. After the launch of Reliance, did other shops shut down)?” asked Ramesh Kumar, a poochka seller at Lal Kothi area.