Sign in  |  Create a Rediffmail account
Rediff.com  » Business » Amartya Sen is the only economist to have hurt India's poor: Jagdish Bhagwati 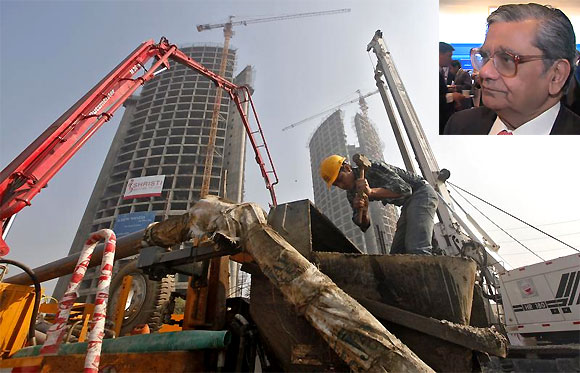 Many say this election is a contest between two opposing economic models...the Amartya Sen model of social spending, social justice, building human capability being upheld by the UPA and the Jagdish Bhagwati model of de-regulation, private spending, free market economics being upheld by Modi--your response?

We are in favour of poverty eradication. To say that I was not interested in poverty or helping the poor, it's so laughable. 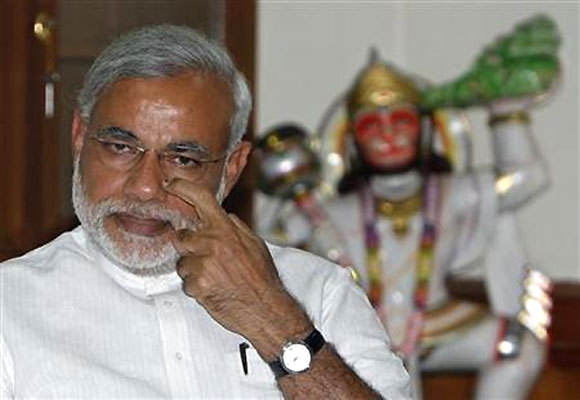 Do you approve of Narendra Modi's economic model?

I don't know what his model is. What has happened in Gujarat is that relatively rapid growth has taken place.

He has actually been very good about getting licenses cleared very fast, he has added to electricity supply which is a big problem...All of which is exactly the way development takes place and then I also find that social progress has taken place.

Would you like to see Modi as prime minister? Why?

I  do not go by personalities. What I like to see is what your platform is.

So eventually if he gets nominated which I think he will, as the candidate for BJP...and then let's assume Rahul Gandhi comes on the other side. I would like to see what their platforms are, what their programmes are. I'd also like to see debates between them like in America.

I want all the progressive people no matter which party they belong to, to look at the ideas we're proposing and show where they stand and what they're going to do with these ideas. Oh God! I don't want to get into that. We were in college together. He was one year ahead of me in Cambridge and the PM (Dr Manmohan Singh) was one year behind me. PM was in the same college as me.

At that time many people in Cambridge used to say Indians were not good in economics. Then Sen came, I came, then PM. After that they stopped talking about how Indians could not do economics and that was my moment of triumph.

The only thing is that while he (Sen) deserves the Nobel Prize and so on, because he's done very good theoretical work, his policies have unfortunately ruined the prospects for India and its poor. But that is for us to understand. This is nothing to do with theory.

He has actually hurt the poor by not really supporting full-heartedly the reforms in 1991 and now he's unfortunately pushing for the Food Security Bill in a way which is actually going to create inflation ...I’ve argued that in an article in Mint.

On one hand, he (Amartya Sen) is not actively supporting new reforms which would bring in more revenues. At the same time, he is supporting the Food Security Bill which is going to increase spending.

So you have a disjunction between slowing revenues and expanding social expenditures on Food Security Bill.

That is going to create a disjunction. That disjunction means you're going to almost certainly create inflation. Inflation, we know, is most harmful to the poor. Prof Sen is going to be the only economist to damage India's poor twice. First, before 1991 reforms by essentially being lukewarm at best and un-supportive of reforms which transformed India and the chances for the poor...200 million people came above the poverty line.

Now he's going to do that again. So he's the one economist who has hurt the poor twice. Whether he deserves Bharat Ratna or not, that's not for me to decide. I would not take away any honour from anyone.