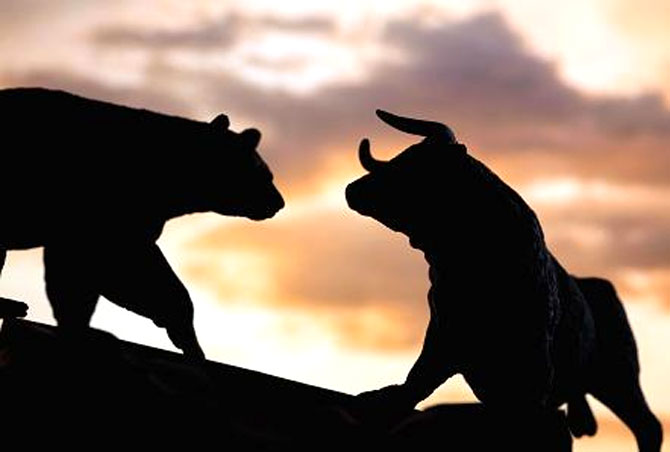 World markets have started responding to global events led by the Ukraine crisis which can lead to a shakeout in Europe, sharp fall in exports from China and rising deficit in Japan. 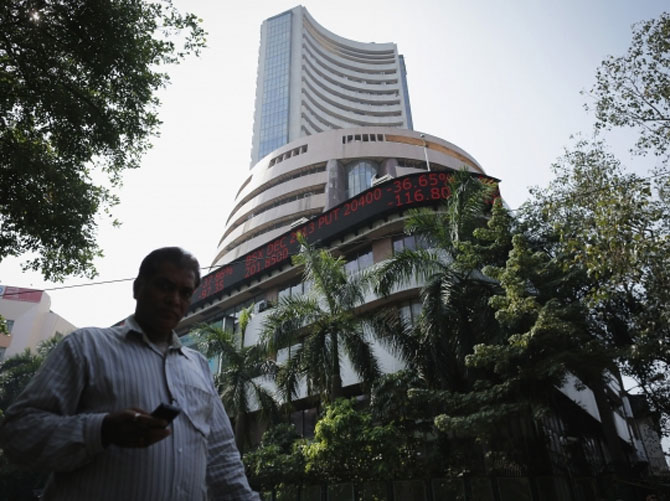 For a foreign investor what matters more is the differential in valuation between countries. Here is where India has been scoring over its peers in the BRICS group of nations. Continuous inflow of FII money in the country has made valuations of Indian markets double as that of its BRICS peer.

China, on the other hand, trades at only 6.69 times next year's numbers (less than half of India) on account of a slowing growth, while Russia with all its problem is trading at 4.79 times. 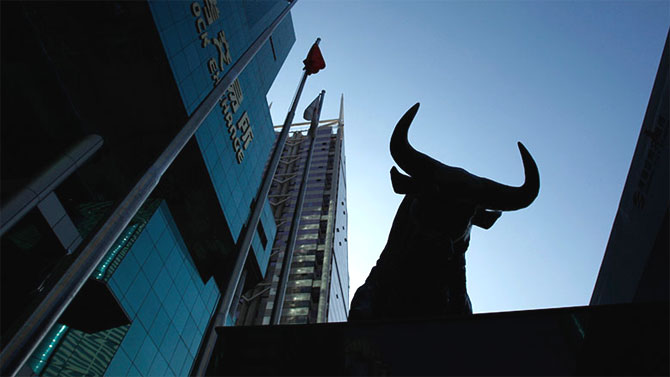 Image: On a valuation basis, India compares with those of USA or some of the bigger European economies.
Photographs: Bobby Yip/Reuters

Brazil, which is also suffering a slowing economy and is investing heavily on the Football World Cup trades at 8.33 times one year forward numbers. South Africa is the only country among the BRICS nations that has comparable valuation, trading at 13.12 times its forward numbers.

Difference between India and other BRICS nations has increased recently as India heads into elections and investors hope that the next five years will bring in growth with a decisive and development-oriented government taking charge at the centre.

The valuation numbers clearly show that India has benefited from inflow of foreign funds. On a valuation basis, India compares with those of USA or some of the bigger European economies.