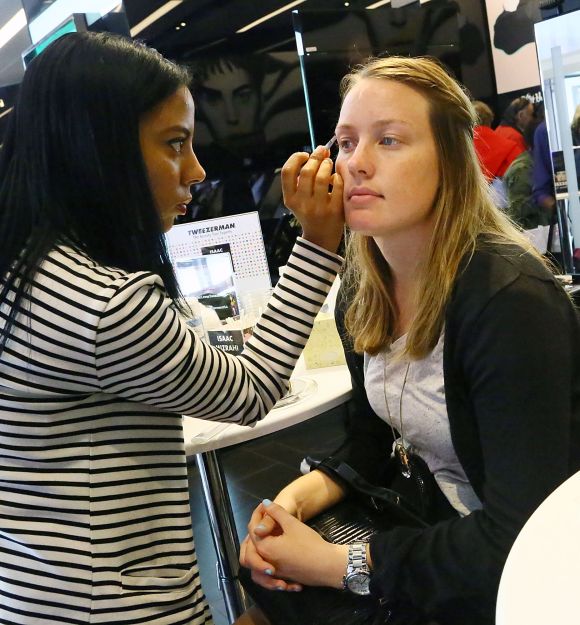 Indian Americans with 20 years of experience in running beauty parlours have been asked by the Texas Department of Licensing and Regulation to immediately stop eyebrow threading and spend more than $20,000 to undergo courses in government-approved beauty schools.

Ironically, these schools do not teach threading, which is a South Asian practice.  Suman Guha Mozumder reports on the plight of Indian Americans, who face an uncertain future following this diktat.

When the Texas Supreme Court hears an appeal on February 27 by five Indian Americans who have been barred by the state from running their ‘eyebrow threading’ business on the ground that they do not have a cosmetology licence, at stake will be a lot more than just the future of five small business owners.

The case impacts all in the business because it could potentially reveal whether the government can impose arbitrary, irrational and anti-competitive licensing requirements.

Wesley Hottot, the lead attorney for the plaintiffs whose case has been taken up by the Institute for Justice Texas Chapter, said the state supreme court had discretionary review power and that it only heard those appeals that it decided were important in some way to the state’s broader jurisprudence.

“When we lost in the intermediate court of appeals, we filed a petition for review asking the Texas supreme court to exercise its discretionary review power because we believe this is an important issue for the state’s jurisprudence, not just the constitutionality of threading licensing but also the test that court uses to determine the constitutionality for things like this,” he told Rediff.com. “Those are the issues in play in the appeal.” 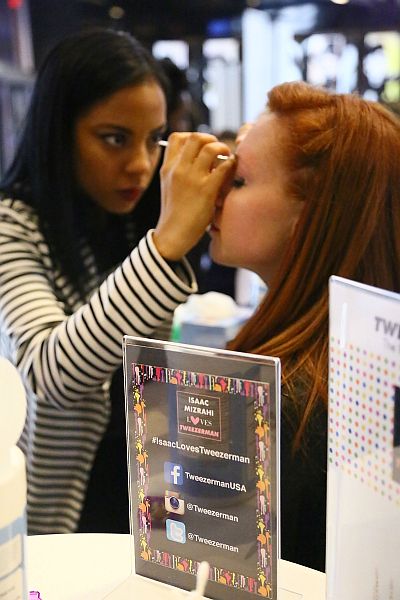 The case began in 2008 when the Texas Department of Licensing and Regulation demanded that eyebrow threaders obtain expensive licences in Western-style cosmetology and started imposing penalties on those who carried on with the business.

Threading, which uses cotton thread to remove unwanted eyebrow hair, is not mentioned in the state law, yet TDLR expected threaders with up to 20 years of experience to immediately stop work and spend more than $20,000 to obtain up to 1,500 hours of instruction in government-approved beauty schools.

Ironically, the schools do not teach threading, which is a South Asian practice and is cheaper, faster and less painful than waxing.

Throughout Texas, eyebrow threading has grown in popularity, even among non-South Asian women.

Two lower courts earlier upheld the state’s position on the issue and rejected the arguments of the original six plaintiffs that the state’s order violates their right to an honest living. 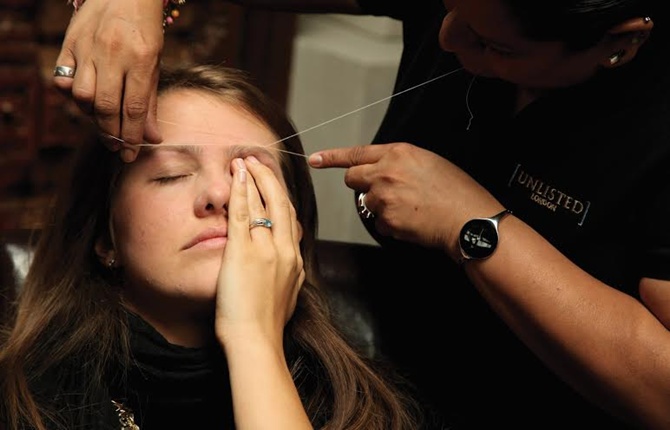 Last year, the Texas supreme court asked both parties about the merits of the case and last month the court granted the discretionary review appeal.

The TDLR regulation has forced all the state’s eyebrow threaders, an overwhelming majority of them Indian Americans, to go out of business.

“The five plaintiffs are all Indian Americans… In the lower court we also represented a person from Iran, but she has since obtained a cosmetology license and dropped out of this case,” Hottot said.

Noting that many of Texas’s eyebrow threaders had decades of experience and that should not be put out of a job and be forced to pay for schooling in beauty techniques they do not use, Hottot added, “That isn’t just wrong, it’s unconstitutional.”

The IFJ said eyebrow threading was safe because unlike Western-style cosmetology, it did not involve the use of chemicals, dyes or sharp objects.

It said the Texas constitution prohibited the state from regulating a harmless trade like threading unless the government could provide evidence of a real threat to public health and safety. 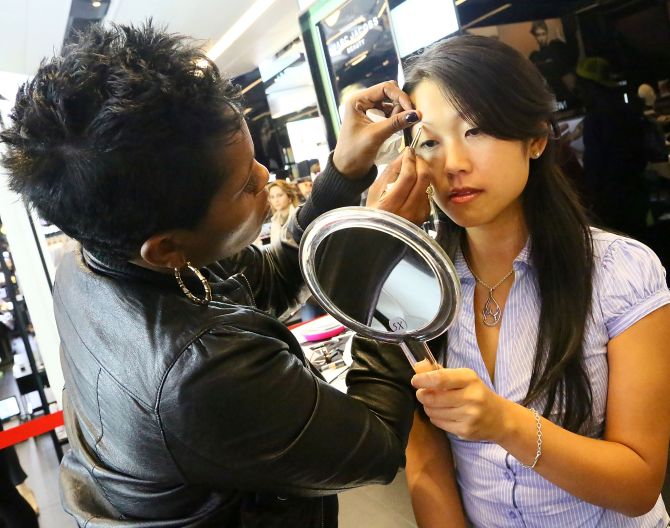 The IFJ said it was not even clear which licence the government wanted eyebrow threaders to acquire because TDLR enforcers had at times suggested the state’s facialist specialty license and, at other times, its general cosmetology operator’s licence.

‘TDLR has not bothered to ask for a change in the law, to change its own cosmetology rules or to provide any form of guidance to the threading industry,' it said.

‘Instead, TDLR inspectors have targeted many threading businesses and individual threaders with harsh monetary penalties. This is no way for the government to act.’

States like New York have overlooked threading, while some states -- California, Nevada, Colorado and Utah -- have decided not to enforce licensing.

“Texas has long been a beacon for innovation and entrepreneurship,” Hottot said. “But that proud heritage is in danger as long as state officials can require meaningless training requirements for your job.”

Click on NEXT to read about Ash Patel, one of the plaintiffs... 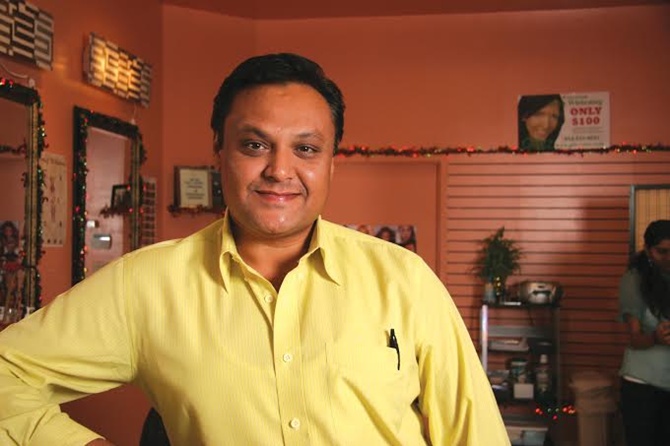 “I know there are people who are doing it from their home,” he told Rediff.com.

“There are hundreds of such people between Dallas and other metropolitan areas like Houston where folks are doing things from home. After all, people have to make a living. Nobody can afford so much money for the licensing, which has nothing to do with threading. We found most people do not want to talk about it because of the fear that they will be fined. So they stay in the shadows.”

“I am thrilled we will have our day in the state’s highest court,” Patel said. “Eyebrow threading is an ancient technique. It’s painless and it is even safer than using tweezers. No chemicals, dyes or sharp objects are used in eyebrow threading. And that’s why I don’t understand why the state of Texas wants to regulate us.”

He hopes for a commonsense approach to the TDLR directive: “Even if the court asks us to do a short 40-hour course or so for licensing purposes, it should be fine, although there is no logic behind it.”

“I grew up in India,” Patel added, “and I found it difficult to land a good opportunity to start my own business. That’s why I came to Texas. I am only asking for a fair chance to pursue my American dream free from needless government regulation.”