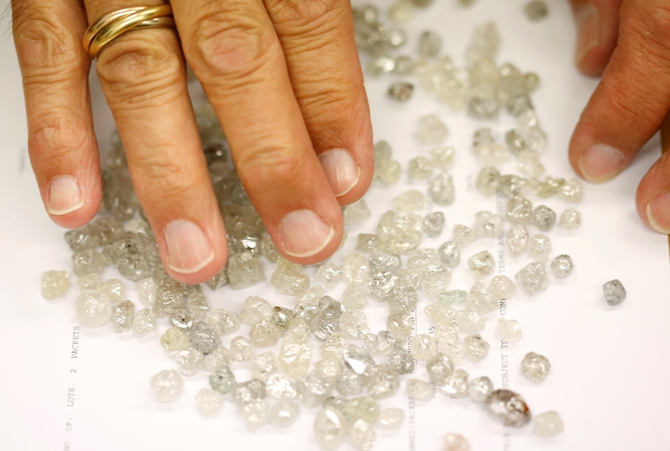 Indian agencies are four of the five new distributors (termed ‘sightholders’ or also ‘suppliers of choice’) added for 2014-15 by De Beers, the Luxembourg-headquartered leading supplier of raw diamonds in the world, to its existing list.

De Beers’ will now have 82 sightholders; half are Indian entities.

To recall, 11 of every 13 rough diamonds (termed ‘roughs’) mined globally are processed in this country. 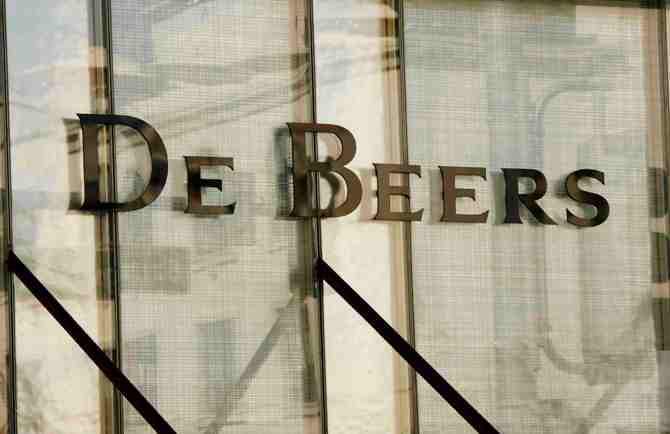 Image: The logo of diamond merchant De Beers is seen on the front of their boutique on Rodeo Drive, home to boutiques of major designers in Beverly Hills, California.
Photographs: Fred Prouser/Reuters

They would all be entitled for bulk purchase of roughs from it for financial year 2014-15. Belgium-based Diambel is the other addition to the list -- and is promoted by Indians.

“Each of our new sightholders demonstrated consistently strong requirements for De Beers’ rough diamonds via their auction purchases and we look forward to working with each of them more closely,” said Paul Rowley, executive vice-president at De Beers for global sightholder sales.

All these new sightholders had been participating in the online auctions of roughs conducted by De Beers’ group company Diamdel; it sells around a 10th of the total output. 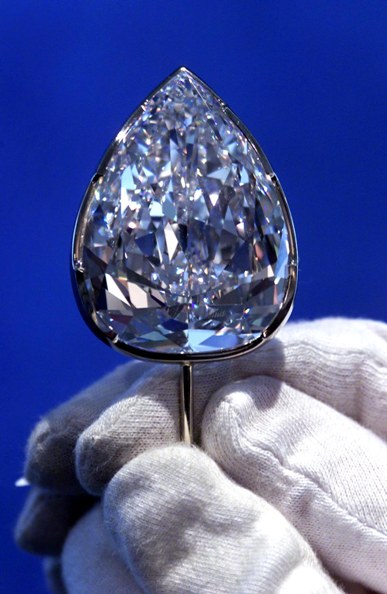 “We were purchasing rough diamond through participating in the online auctions conducted by Diamdel, Rio Tinto and Al Rosa, the Russian rough diamond mining company.

“With our inclusion as sightholder, we will be directly procuring roughs from De Beers, which will increase our margins,” said Samir Shah, managing director, Star Rays.

While three of the five new sightholders are first-time inclusions, the other two had been De Beers’ earlier bulk purchasers and excluded from the 2012-15 list.

For the three years between 2012 and 2015, De Beers had nominated 77 sightholders at the beginning. 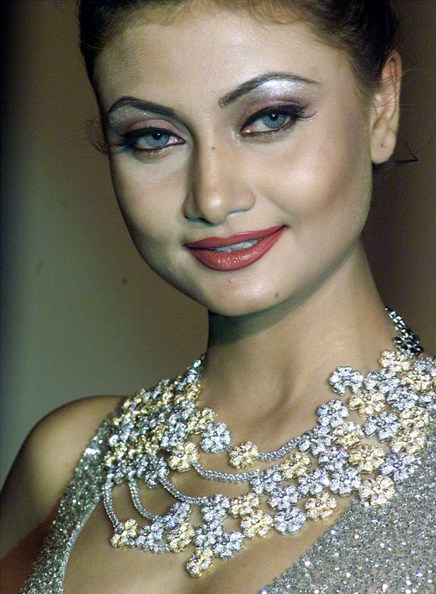 Image: A model displays an award-winning design of diamond jewellery during a fashion show in Kolkata.
Photographs: Reuters

The list is expanded periodically to accommodate more aspirants -- the idea is to intensify competition and also keep the price high.

De Beers’ rules enabled non-sightholder businesses that had demonstrated sufficient demand through its auction sales in 2013 to qualify for sightholder status and term contract supply (subject to availability).

Applications for the new contract will open in the third quarter of 2014.

These will involve a more rigorous financial compliance criteria.