Markets consolidate ahead of US Fed meet 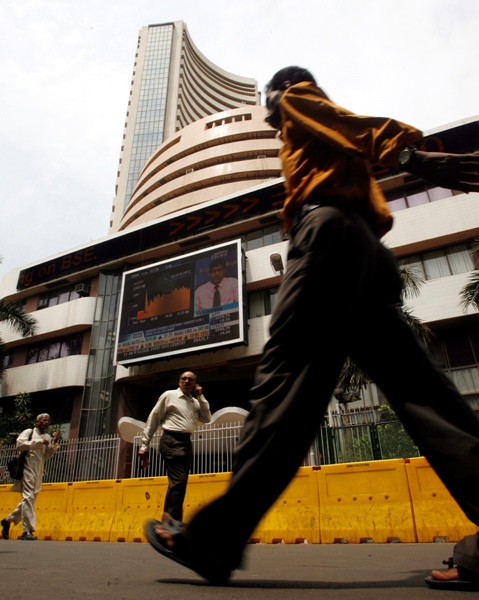 Markets consolidated on Wednesday after hitting fresh all-time highs on Tuesday amid profit taking in IT majors after TCS reportedly said that growth in Q4 March 2014 is likely to be subdued. Further, investors also turned cautious ahead of the US Federal Reserve policy review later today.

The broader markets outperformed the benchmark indices-BSE Midcap and Smallcap indices gained between 0.3-0.5%.

The market breadth in BSE ended positive with 1,466 shares advancing and 1,335 shares declining.

Foreign institutional investors continue to remain positive on Indian equities after they remained net buyers to the tune of Rs 1,012 crore on Tuesday as per the provisional data on the stock exchanges.

The rupee is trading higher at 61.02/03 versus Tuesday's close of 61.19/20 with dollar selling cited by two large foreign banks.

Japan's Nikkei share average rose to a one-week high on Wednesday on hopes the Ukraine crisis will not deepen, but a widely-anticipated market debut by Japan Display disappointed, with the shares dropping below their offer price.

Japan Display, the world's largest maker of smartphone screens, closed at 763 yen, 15% lower than its offer price of 900 yen. It was the third most-traded stock by turnover.

Banks which are a proxy to the economy firmed up after Morgan Stanley revised the growth projection for 2014 to 5.2% from 5.1% earlier, forecasting a marginal improvement in India's economy.

Private bankers Axis Bank, ICICI Bank and HDFC Bank were up 0.5-3% each while mortgage lender HDFC was up nearly 2%.

Index heavyweights ITC was up over 1%.

In the metal space, Tata Steel, Hindalco and Sesa Sterlite were up 2-5% each.

IT majors were among the top losers in today's trade with TCS down nearly 4% and Infosys slipped 2.3%. TCS witnessed profit taking after the company in an analyst meet on Tuesday, 18 March 2014, reportedly said that growth in Q4 March 2014 is likely to be subdued.

Polaris Financial Technology extended gains and advanced 20% to Rs 183 after the company announced the demerger of its Products (Intellect) business into an independent entity 'Intellect Design Arena Ltd (Intellect), with a focus on Global Universal Banking; Risk and Treasury Management; Global Transaction Banking and Insurance businesses.

State Bank of Travancore surged 6% after the board fixed April 4 as the record date for payment of interim dividend, if declared.

Shares of Amtek India were up nearly 5%, extending it 20% rally on Tuesday, on talk that the recent acquisition of German auto component firm has come at a lower cost.