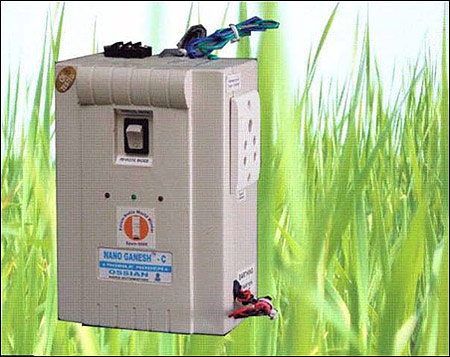 Ossian Agro Automation Private Limited, a Pune-based manufacturer of rural wireless automation systems, is in dialogue with Nokia to offer 'Nano Ganesh', a product which allows farmers to use mobile phones to remotely monitor and switch on or off their irrigation pumps, bundled with the Finnish company's handsets.

"We have already discussed a few business models (including distribution and bundled offer) with the marketing officers of Nokia in Maharashtra to aggressively push our Nano Ganesh technology into the market. If we are recommending Nokia phones with Nano Ganesh, why not promote our technology along with their handsets? We are awaiting a positive response from them soon," said Santosh Ostwal, chief executive officer of Ossian Agro. Ostwal was speaking to Business Standard on the sidelines of Oracle's JaveOne 2012 event, which kicked off in Hyderabad on Thursday.

Oracle presenters will share the company's vision for Java at the two-day event in which over 2,000 Java developers are participating.

Ossian Agro, which first tested Nano Ganesh in Maharashtra in 2008, has so far installed 15,000 units, mostly using Nokia devices, in Maharashthra, Gujarat, Rajasthan, Andhra Pradesh and some parts of Odisha and Madhya Pradesh. 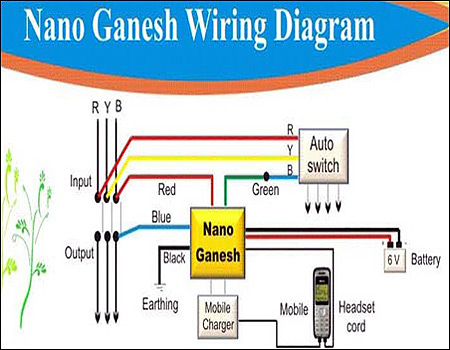 Nokia has recognised Ostwal's work at the All Innovators contest in Barcelona last year with a cash prize of $25,000.

Nano Ganesh is a circuit board connected to the existing starter of an irrigation pump.

A farmer has to simply dial a number (from a mobile phone or a fixed line) dedicated to a Nano Ganesh set and then punch the on or off code to control the pump set. 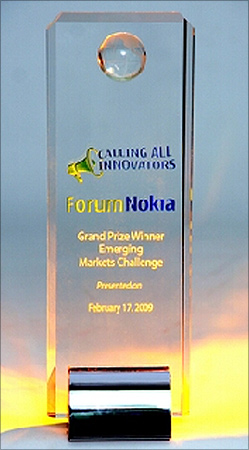 Maintaining that addressing water management-related issues in the hinterlands is still on top of Ossian's agenda, Ostwal said "the company is exploring urban India and would launch newer versions of Nano Ganesh to monitor water levels in roof-top tanks and remotely control diesel generator sets in due course."

Even as it is in the process of covering the entire country in the next three years, Ossian is gearing up to go overseas as well. The company has struck deals in 16 Caribbean countries in 2011 and is planning to licence its technology to local technicians. 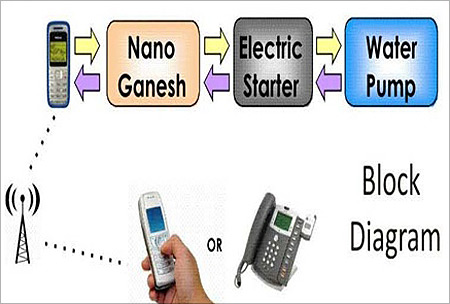 Image: A boon for farmers.

To scale up its activities and platforms, Ossian is looking at raising Rs 7.5 crore, of which Rs 2.5 crore would be utilised to train 5,000 'Agro Electronics Commandoes', who could penetrate the technology into remote areas against all odds.

"Venture capital firms are shying away from investing in companies like us. Hence, we are looking at low-interest debts and are already in discussion with a couple of investors," Ostwal said, adding that the company was aiming at deploying one million units of Nano Ganesh in the coming year.