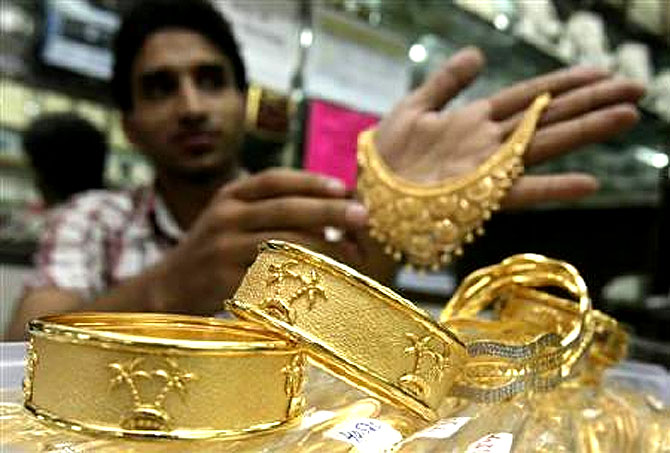 Image: Gold imports for FY13-14 was at an all time low.
Photographs: Ajay Verma/Reuters Rajesh Bhayani

Import of gold in the financial year which ended on Monday is estimated to have been at a six-year low of 557 tonnes, lowest after 2007-08. This follows imposition of stiff import curbs, including very high tariffs.

Abroad, gold investors lost 19.4 per cent. In India, due to a slide in the rupee’s value (10.4 per cent) and the rise in duty and high premium for physical delivery, the fall in return was only to 3.2 per cent. 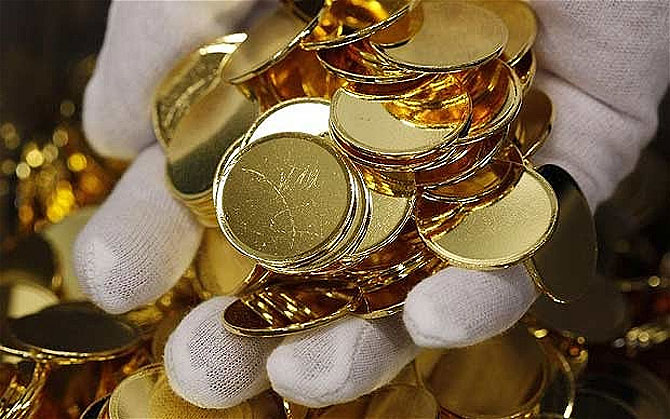 This month, 35 tonnes of import was expected, taking the January-March quarter total to 90 tonnes, about 80 per cent more than the September-December quarter’s.

Had the import in the March quarter not improved so, our year’s import would have fallen to a decadal low.

Apart from the curbs (which also saw a surge in ‘unofficial entry’ into the country), the crash in gold prices last April and a similar one a quarter later had questioned the attractiveness of gold as a safe haven. All these curtailed official import. 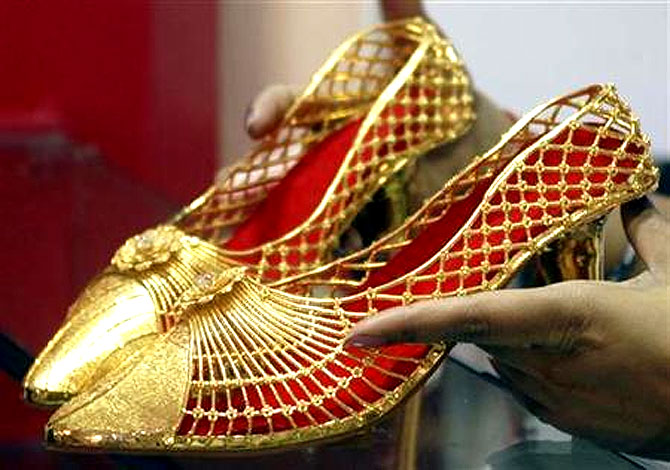 However, in India, people’s love for gold has not changed, with prices not falling sharply.

If one looks at data provided by the World Gold Council (WGC), demand in calendar 2013 has gone up, though there was a big contraction in investment demand in the second half.

Jewellery demand fell marginally in the second half and because of non-availability of gold due to the stiff rule of permitting 80 per cent of import to be used for the domestic market, after exporting 20 per cent, under the Reserve Bank of India’s 80:20 rule.

In sum, jewellery and investment demand in the first half of calendar year 2013 negated the fall in the second half, thereby lifting aggregate demand by an average of 13 per cent. Image: There was a contraction in gold imports in second half of FY14.
Photographs: Kham/Reuters

The change in trend in the second half, however, has implications for jewellers’ balance sheet. According to Sudheesh Nambiath, precious metals analyst at GFMS, Thomson Reuters: “For jewellers, the contraction in imports in the second half has to be viewed in the context of a rise in capital costs and reduction in inventory levels.

So, sales improved against a fall in net profit.” Some of these impacts were seen in the December quarter results of jewellery companies and more might be visible in the March quarter.

One company, Shree Ganesh Jewellery House, has approached banks for restructuring its debt; many others have put retail expansion on hold or on a slow track. 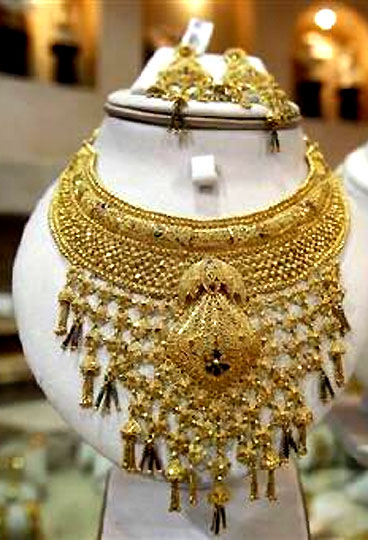 Image: Gold is expected to be under pressure in 2014-15.
Photographs: Jayanta Dey/Reuters

What added to that was a scarcity of gold due to much lower import and demand outweighing supply, resulting in very high premiums quoted for physical delivery.

During the Diwali days, the premium was $170 an ounce; it is now quoting at $45. Smuggling, sale of old jewellery and replacement import under the gold deposit scheme of banks aided supplies. WGC estimate ‘unofficial import’ could be as high as 200 tonnes in FY14.

Going forward, in terms of prices, “Gold is expected to be under pressure in 2014-15. Geo-political tensions (if it escalates) could support on and off, though,” said T Gnanasekar, Director, Commtrendz Research & Fund Management.