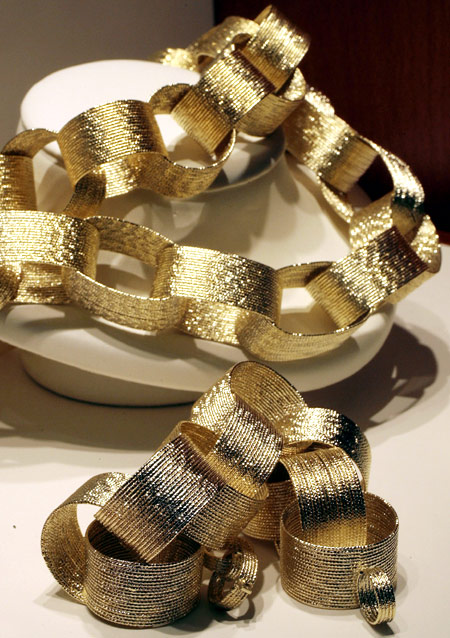 At present, the country has 182,000 millionaires, Credit Suisse Research Institute said in its fourth Annual Global Wealth Report 2013 released in Mumbai on Wednesday.

"As the world's largest democracy with a strong federal structure and vibrant markets, Indian wealth has seen rapid growth since 2000. 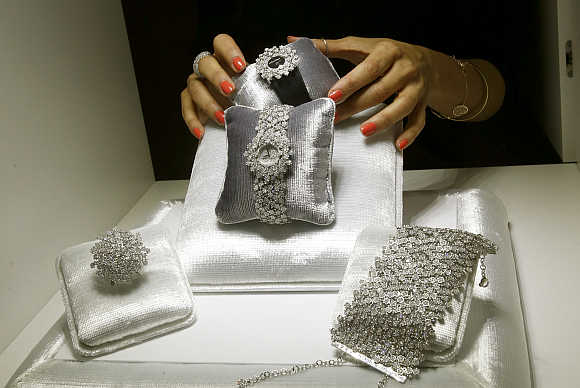 Image: A woman places a watch at a showcase.
Photographs: Arnd Wiegmann/Reuters

But the 35 per cent rise in the adult population caused aggregating wealth to more than triple during the same period, the report said.

"In US dollar terms, there was a significant contraction in 2008, mostly due to the depreciation of the rupee . . . The rupee took another dive in 2011-12, prompting a 20 per cent decline in wealth in dollar terms," the report noted.

However, wealth per capita has grown quite steadily since 2000, managing an average annual rate of 8 per cent, the report said. 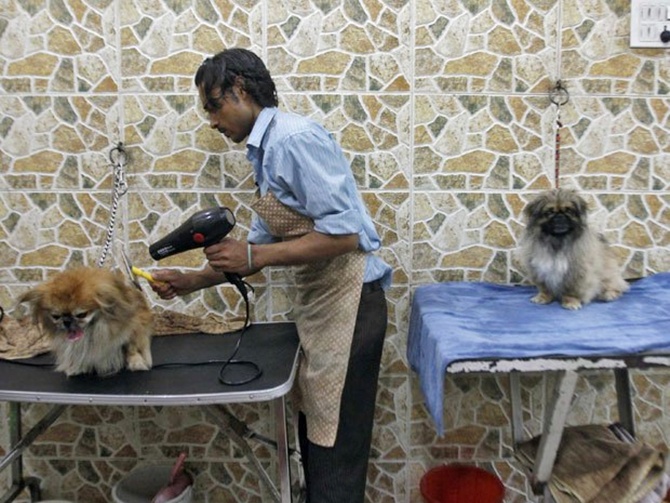 Image: A groomer blow dries a dog after it was bathed at a pet grooming salon in New Delhi.
Photographs: Parivartan Sharma/Reuters

The report noted that only 0.4 per cent of the Indian population has net worth of over $1lakh but added, "However, due to the country's large population this translates into 2.8 million people.

India has 254,000 members of the top 1 per cent of global wealth holders, which equates to a 0.5 per cent share, the Credit Suisse report said. 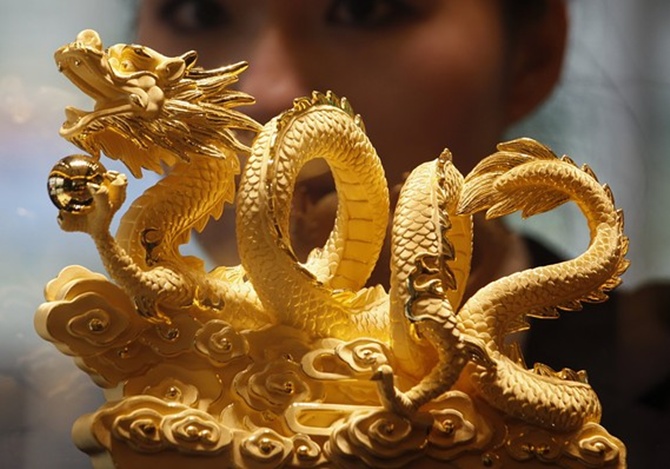 "Along with most countries in the developing world, personal wealth in India is heavily skewed towards property and other real assets, which make up 86 per cent of household assets.

“Personal debts are recorded at only $296 per adult," Credit Suisse report said.

However, it is thought that household liabilities may be significantly under-reported in the large and well-established household survey used to estimate debt in India, so the figure may be much higher, it said. 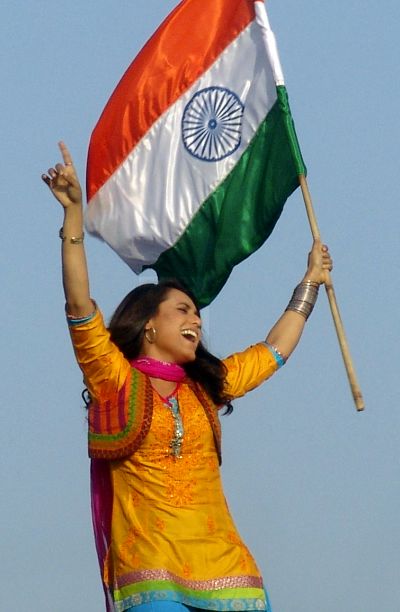 According to the report, while wealth has been rising strongly in India, and the ranks of the middle class and wealth have been swelling, not every one has been part of this growth story and there is still a great deal of poverty.

"This is reflected in the fact that 94 per cent of the adult population has wealth below $10,000," the report added.

There are 1,760 ultra high net worth individuals with wealth over $50 million and 770 UHNWIs with more than $100 million in India, the report added.

Tags: India
More
© Copyright 2022 PTI. All rights reserved. Republication or redistribution of PTI content, including by framing or similar means, is expressly prohibited without the prior written consent.
Print this
article