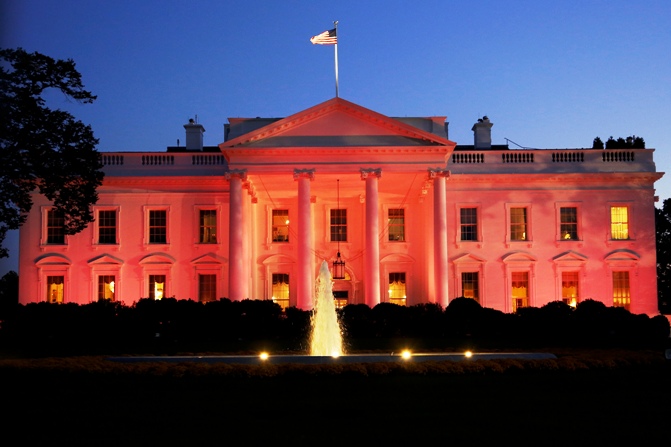 A Democratic Party bill, aimed at overhauling the immigration system introduced in House of Representatives this month, has sent alarm bells ringing among Indian IT firms as it includes provisions that would be detrimental to the businesses of such companies.

The bill (HR 15) introduced in the House by the Democratic Leader, Nancy Pelosi, and co-sponsored by several members of the Congressional India Caucus, carries the same killer provisions as the one passed by the Senate.

The killer provisions are in particular related to the much-sought after H-1B and L-1 visas.

Given that the Democrats in the House are in a minority, Congressional aides said that the chances of this bill being passed with the Republican support is unlikely and it was introduced by Pelosi early this month as part of the larger political game plan to put pressure on the Republicans to bring a reform bill to the floor. 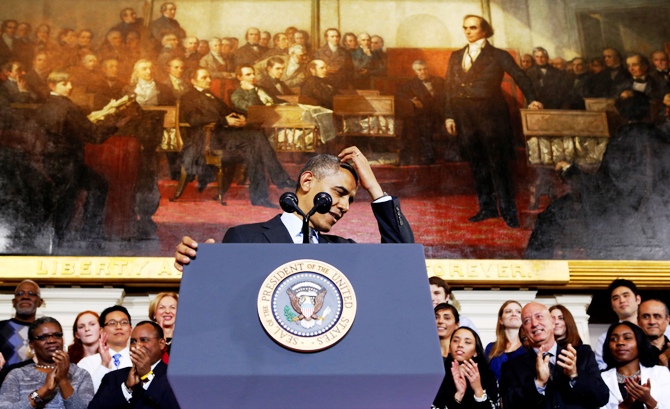 "The time is now to pass comprehensive immigration reform.

“However, 28 Republicans have publicly expressed support for a path to citizenship. If (House) Speaker (John) Boehner can find the will to schedule a vote, we can pass comprehensive immigration reform and make it the law of the land," she said.

"We support immigration reform legislation but this bill needs to strip out the harmful provisions," said Ron Somers president of the US India Business Council. 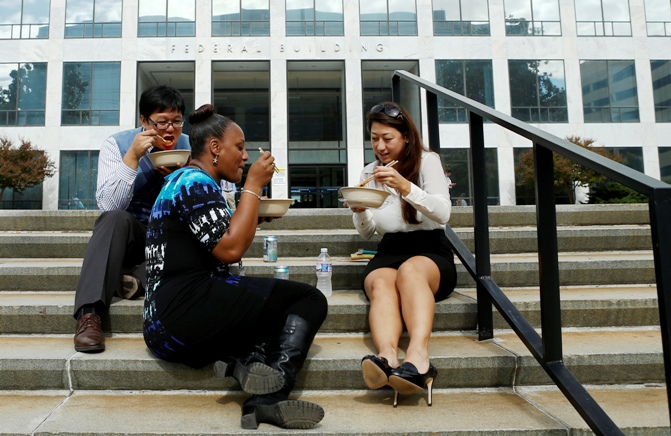 Image: Workers have lunch on the steps of a federal in Washington October 17, 2013.
Photographs: Kevin Lamarque/Reuters

USIBC has been opposed to the Senate version of the bill as well as both of them have provisions related to the H-1B and L-1 visas which are specifically targeted towards Indian IT companies.

For instance in order to prevent H-1B workers from undercutting the wages paid to American workers, it requires that employers to pay significantly higher wages for H-1B workers than under the current H-1B programme.

The Department of Labor will also decrease prevailing wage levels from four to three levels and update how each level is calculated.

This would result higher costs for employers who use the H-1B programme.

Secondly, if a company's workforce is 30-50 per cent H-1B or L-1 employees, companies must pay an extra $5,000 in fees per visa application. 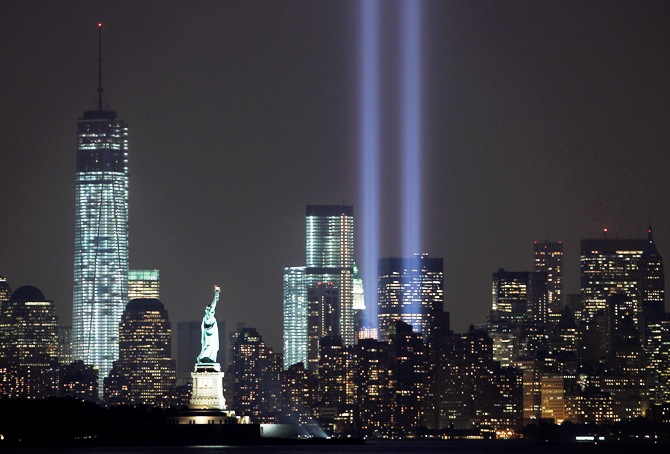 Image: The Tribute in Light is illuminated next to the Statue of Liberty (C) and One World Trade Center (L) during events marking the 12th anniversary of the 9/11 attacks on the World Trade Center in New York, September 10, 2013.
Photographs: Gary Hershorn/Reuters

Increased fees for companies with a certain percentage of H-1B or L-1 visa holders (global IT companies) this provision serves as a non-tariff barrier to market access for these companies, argue Indian IT companies.

Also the bill requires that, by FY 2015, companies have a workforce composed of less than 75 per cent H-1B visa workers.

This section of the bill also requires that all companies employing H-1B workers submit an annual report to the Department of Homeland Security that includes the W-2 tax forms of each H-1B employee for the last year.

Tags: H-1B , Department of Homeland Security , L-1 , FY-2017 , FY-2015
More
© Copyright 2022 PTI. All rights reserved. Republication or redistribution of PTI content, including by framing or similar means, is expressly prohibited without the prior written consent.
Print this
article
ALSO
READ