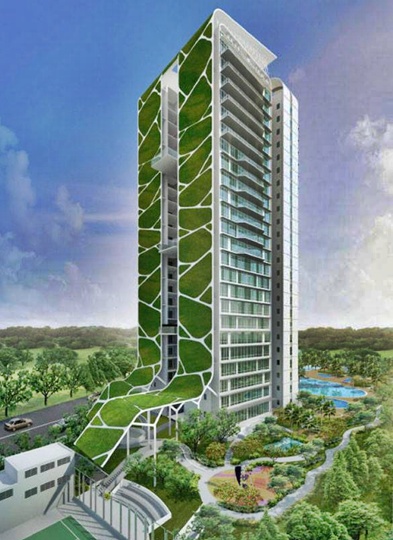 Vertical gardens are a cornerstone of the state's development plan and can be a game-changer in its quest for greater sustainability, says Barun Roy.

Where there's a will, there's always a way, and perhaps no nation knows it better than Singapore.

Its efforts over the years to overcome tremendous physical limitations of space and resources have not only turned the tiny city state into an astounding economic success, but also have transformed it into a living laboratory for sustainable development, constantly reinventing itself and setting innovative footprints for others to follow.

That side of Singapore's achievement is not so well-known and came into sharper focus when a 24-storey vertical garden, billed as the world's tallest, was unveiled recently on the island republic. 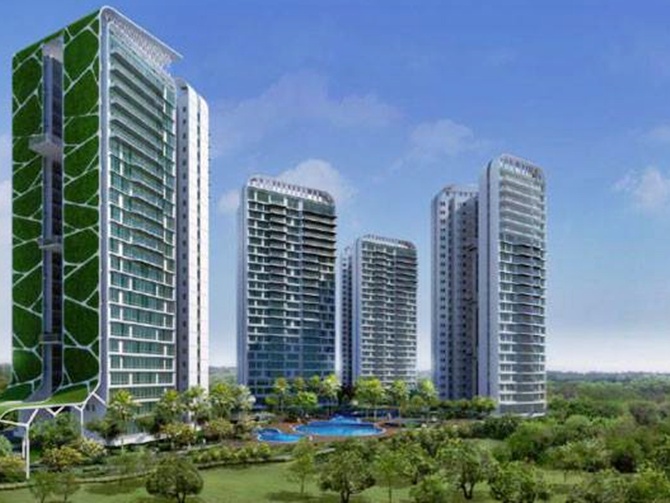 Covering an area of 2,280 square metres, the garden embraces the facades of the Tree House condominium in Bukit Timah and is meant to cut down energy and water use in the buildings while filtering out pollutants and carbon dioxide from the air.

According to the project's developers, residents will need 15-30 per cent less energy for air conditioning, and total savings for the complex will be more than $399,000 a year.

Combined with features such as heat-reducing windows and motion sensors that activate staircase lights automatically, vertical greening of buildings can be a game-changer in the pursuit of a more efficient energy regime.

Vertical gardens are the new frontier and a cornerstone of Singapore's urban development strategy. 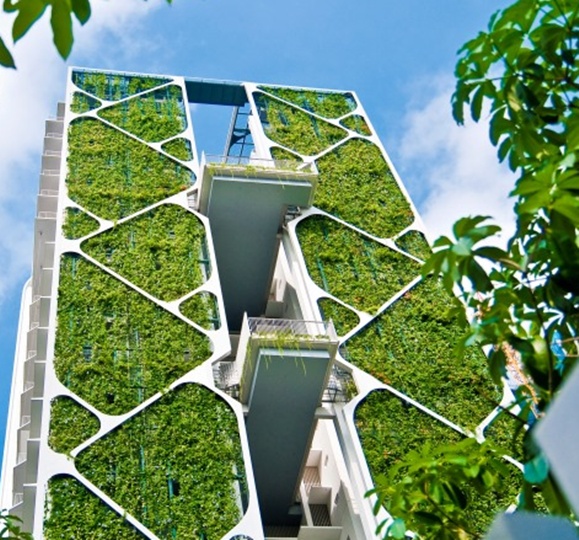 Buildings with vertical green facades are beginning to dot the landscape in increasing numbers, and companies and architects now use the "buildings as gardens" concept as their strongest selling point.

Some of these green walls extend all the way to the roofs, some feature more than a hundred different plant species, some are lookalike tropical rainforests surrounding indoor lobbies, all with automated irrigation and fertiliser systems.

The government actively promotes "skyrise" greenery and has programmes that offer incentives to building owners and developers, such as additional gross floor area for rooftop greenery and co-funding for both rooftop and vertical greenery installations. Companies are signing up in increasing numbers to support the government's target of greater energy efficiency and containing air pollution within a good range for most of the year.

At the same time, Singapore is on track to win its sustainability battle on another crucial front - overcoming its acute water vulnerability.

Still largely dependent on neighbouring Malaysia, it now claims to meet more than 50 per cent of its needs through the reverse osmosis process it has pursued aggressively over the last 10 years. 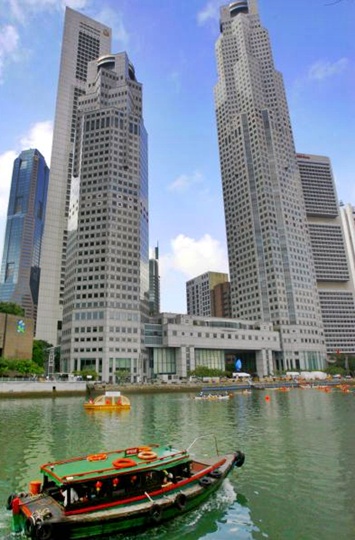 Desalinating sea water, collecting rainwater and recycling used water are the key elements of this strategy and the effort to ensure its success is probably unrivalled in the world.

Its two desalination plants produce 100 million gallons of water a day, meeting 25 per cent of the current demand.

Ramping up the programme to cope with likely demand growth by 2060 remains a top concern since the current water treaty with Malaysia expires in 2061. Rainwater is collected through a comprehensive network of canals, rivers and reservoirs.

While this remains a useful source and the catchment area has expanded since 2011 from half to two-thirds of the island's surface, there are obvious physical limitations to expand it further. 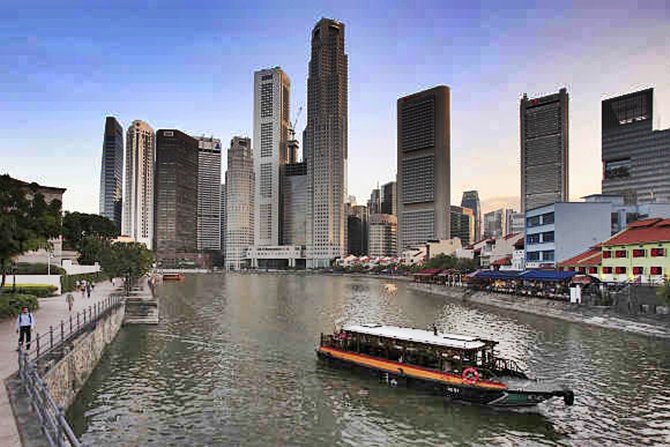 As a more dependable insurance for its water future, Singapore now has developed a massive purification programme around a deep-tunnel sewerage system that consists of two large cross-island tunnels, called used-water superhighways, a centralised water reclamation plant at Changi, deep-sea outfall pipes, and a network of sewers that collect used water.

A similar system is planned to cover the western part of the island, including downtown city areas, and is targeted for completion by 2022.

The reclamation plant in Changi is said to be capable of treating the equivalent of 320 Olympic-sized swimming pools of used water every day to international standards.

The water thus treated is then sent to a factory on the plant's rooftop, where it's further purified to produce what Singapore proudly describes as NEWater and bottled for drinking. 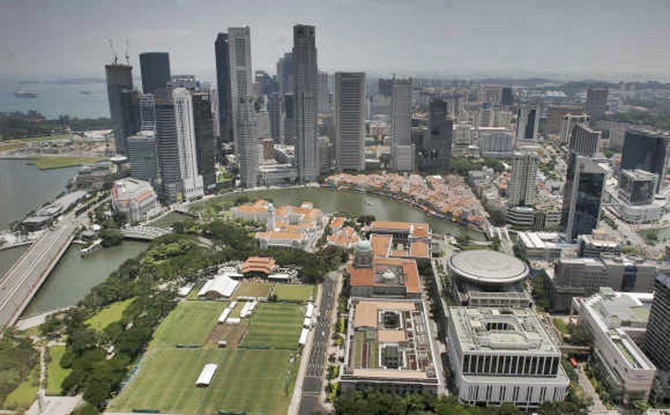 International experts have certified NEWater to be 100 per cent clear, safe and reliable.

Equally noteworthy is Singapore's success in the area of waste management. It boasts one of the most cost-effective collection and disposal systems in the world, coping with 8,299 tonnes of solid waste every day. 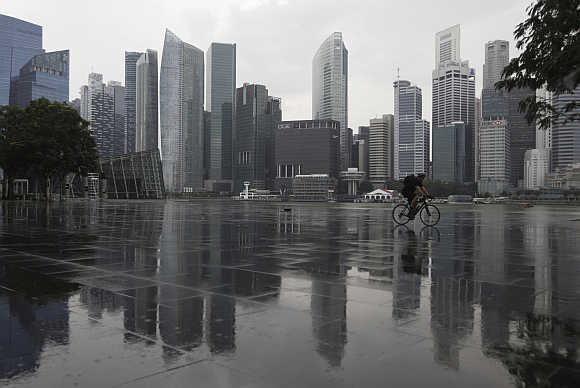 Last year, 60 per cent of it was recycled, 37 per cent was burnt at its four incinerators to produce electricity, and only three per cent was sent to the country's only landfill on a small offshore island.

At the same time, it's persuading companies, especially those who produce food and drinks, to use simpler packaging techniques since packaging waste makes up about one-third of all household waste in Singapore.