Nobody can deny that the purpose of the law is laudable, however, there are several problems with the Food Bill.

The government’s rush to push through food security legislation as an ordinance, instead of waiting the few weeks till the next Parliament session, is disturbing.

There continues to be several major problems with the food security scheme that deserve to be more thoroughly discussed at the highest level of law making than they have been so far.
Nobody can deny that the purpose of the law is laudable. Image: A child has his breakfast at a flood relief camp in Purniya district town of Bihar.
Photographs: Rupak De Chowdhuri/Reuters

Critics have correctly pointed out three things: first, that the malnutrition figures could be biased by genetic factors, as they are based on a worldwide norm that does not take into account ethnic differences; second, that the symptoms of malnutrition can also be caused by poor public health, especially abysmal sanitation; and finally, that the cure for malnutrition is not more nutrition, as the proposals for food security attempt to provide, but better nutrition.

In addition to these basic, problematic points, there are questions that still need to be debated about the distortions that the law will introduce into India’s struggling agricultural sector. 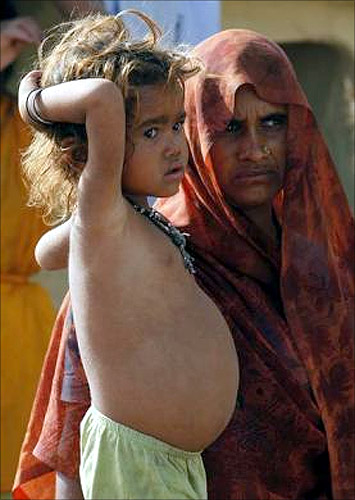 Image: Kiran, who is suffering from malnutrition, stands next to her mother Sheil Rani in Balabehat village in Lalitpur district, in Uttar Pradesh.
Photographs: Reinhard Krause/Reuters

Will not the legislation’s emphasis on foodgrain cause inflation to rise even higher in other agri-commodities, such as vegetables and dairy products, that have been the site of high food inflation in the past?

If better nutrition is the aim, will not making such commodities unavailable to the poor cause food security to be self-defeating? Of course, questions of cost need to be taken into account.

If the government believes that the food security burden is the most important thing to spend money on, that is fine. But India’s fiscal deficit continues to be a problem; so it must also answer what spending will be cut to keep the deficit manageable.

That answer should come on the floor of Parliament - but the government has short-circuited that process by choosing to bring in an ordinance. 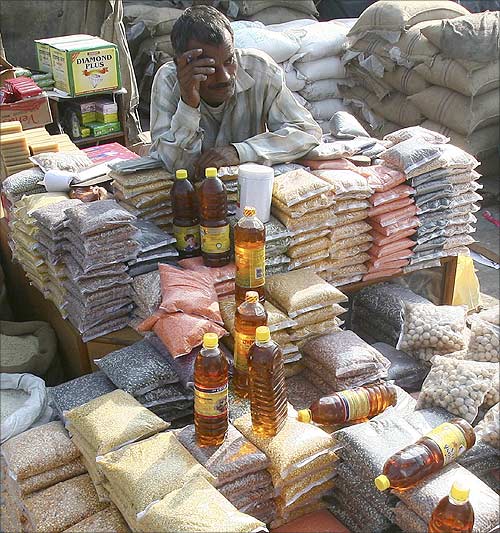 The problem is that, instead of thinking hard about the processes by which food security could be provided in a decentralised and effective manner, the United Progressive Alliance (UPA) government has delegated the framing of the policy to related activists while treating the overall idea more as a political ploy and less as a step towards creating a more progressive and inclusive India.

The fact that it has been brought in as an ordinance is just another reminder of that, in that it privileges political showmanship over substantive questions of policy. 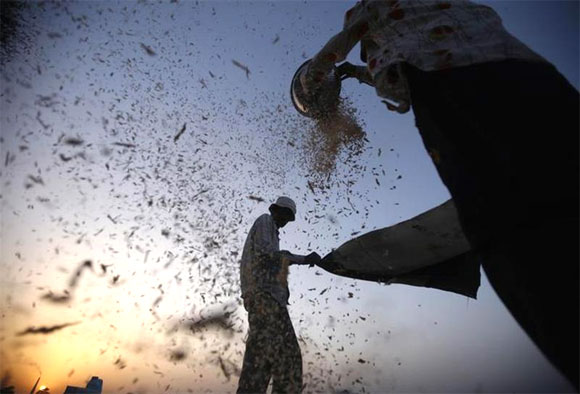 True, the Opposition bears considerable blame, because its unthinking obstruction of Parliament’s functioning at various points over the past few years could have led to a justifiable fear in the UPA that no landmark legislation would have its day on the floor of the House.

After all, the Bill could not be discussed in the last session. But few political parties oppose food security in principle.

The government should have used that fact to make the proposals stronger and more sustainable, instead of using this crucial policy step as a crutch with which to hobble into the election season.