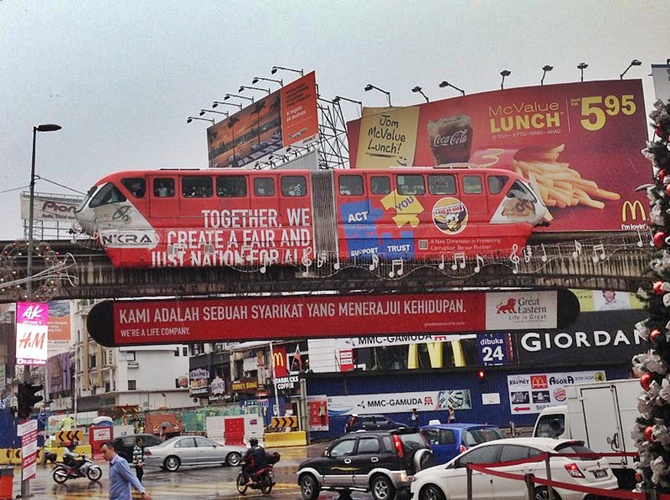 Most of the ill-planned Asian cities need a more creative plan aimed at weaning people away from using personal cars for commuting, says Barun Roy.

Manila's commuting public, condemned to daily suffering like most urban commuters elsewhere, has a new cause for worry: The Metro Manila Development Authority has started work on a 14.8 km fully elevated expressway through some of the densest parts of the city to connect two existing north- and south-bound expressways, in order to take some of the pain away from the city's notorious traffic congestion.

Good intention, no doubt, and the authorities say the project will be finished in two years, but the public isn't convinced.

People are bracing for more confusion as office schedules are adjusted and schools prepare to go on a four-days-a-week schedule.

That's not all. There are at least a dozen more major road projects in the works, designed to improve intra-city connectivity and reduce commuters' travel time.

And people are scared the situation is going to get far worse before it gets any better. If at all it does.

Projects rarely get implemented on time due to litigations or sheer administrative laxity, and by the time they do, intended benefits are negated as newer pressures build up. 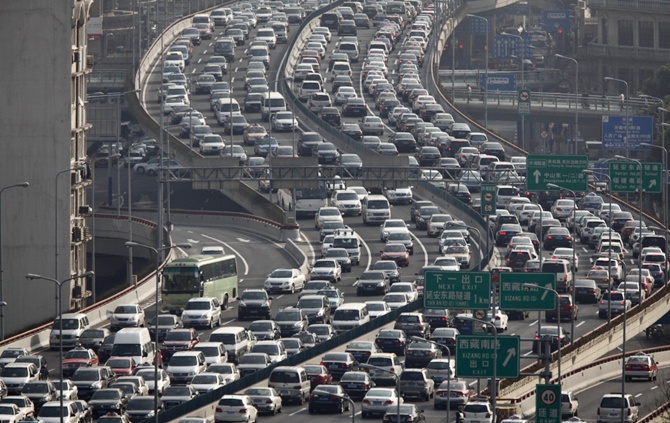 Image: A view of heavy traffic on a highway during the morning rush hours in Shanghai.
Photographs: Carlos Barria/Reuters

So, here's the urban conundrum that's not just typical of Metro Manila but of most ill-planned Asian cities: The more road space you create the more cars you attract and the more you want to ease traffic the worse the pain gets.

Why? That's the question one has to seriously ask now as the world heads for a bigger urban future and cities begin to explode.

Implementation delays are no doubt a major part of the problem, but the real crunch lies in the fact that the whole thing is fast spinning out of control and surface-tinkering alone won't be able to stop it.

Car-centric planning has been directly responsible for the degeneration of urban mobility in most Asian cities. What's needed is a more creative mobility plan aimed at weaning people away, to the maximum extent possible, from using personal cars for daily commuting.

But that's not going to be possible unless we can provide them with an alternative that's reliable, faster, punctual and safe. Putting more buses on the road, however luxurious they are, is not a solution since more buses will only eat up more road space and slow down traffic. 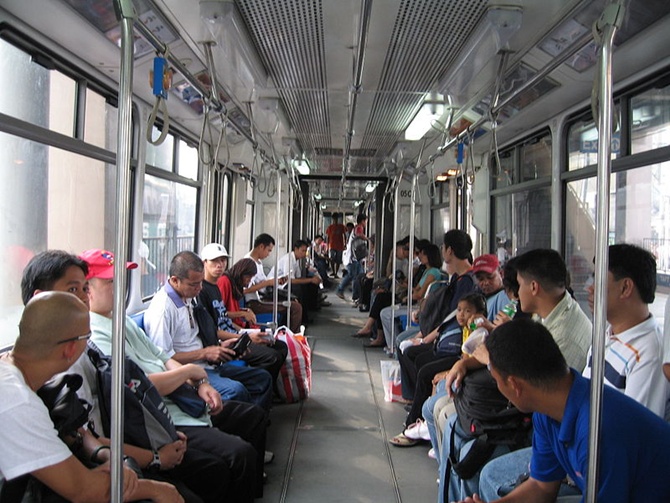 Dedicated bus corridors are a better idea but will be largely useless unless they pass through heavy-density areas. That may not always be possible. Even elevated light railways won't work by themselves.

They haven't in the case of Manila, which has three light railway lines, but traffic on the EDSA, its main thoroughfare, once a spacious avenue and now a badly-disfigured artery, remains as chaotic as ever because the service is inadequate and ill-accessed.

Today's mega urban clusters call for interlinked networks of mass rapid transit systems, and these have got to be built largely underground so as not to disfigure city space, worsen surface clutter, and avoid long legal battles over land acquisition.

Singapore, Hong Kong, Japan, China and South Korea are excellent examples of how underground rapid transit systems, though costlier to build, can make a huge difference in urban mobility. 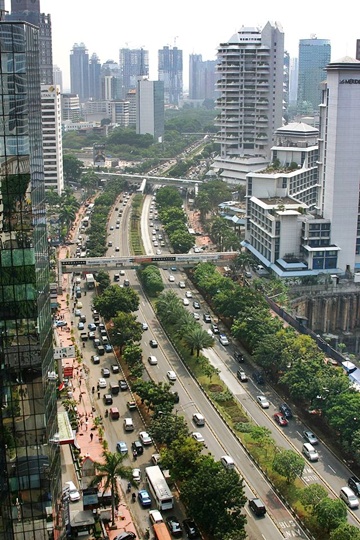 It's good that others are beginning to realise this, too, but the thinking is still fuzzy and efforts are disorganised.

For example, Manila's response to its abiding problem that causes an economic loss of about $3.22 billion every year, is a 20 km east-west metro line from Taguig to Pasay and Makati, of which only 16 km will run underground, plus a 12 km underground loop from BonifacioGlobalCity in Taguig to the Makati business district.

Bangkok is still stuck with one operating subway, just 20 km long, while two more have been long in the making.

Jakarta's first metro, a 15.7 km part-underground-part-elevated line running north to south, won't be ready before 2018, and a longer east-west line, also a combo, is targeted only for 2027. 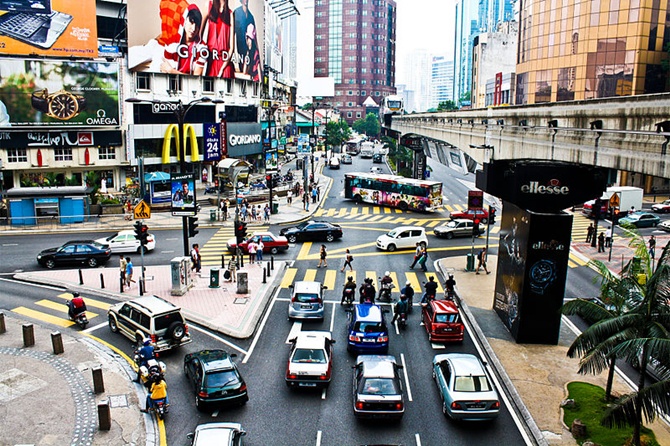 Kuala Lumpur's first underground, now under construction, is part of a 51-km combo to link up the populous KlangValley with the city.

Two more lines are proposed, along with a 41-km underground circular line looping around the city and tying up currently disjointed light rail and monorail lines.

In India, only Delhi is approaching what can be called a network, currently totalling 193 km. Even so, of the 139 stations it serves, only 38 are underground, which reflects the prevailing mindset.

The sooner it changes the better. Isolated lines over short distances will never work in today's exploding cities. More work above ground means more pain for the travelling public.

Unless there are comprehensive, easily-accessed underground networks, seamlessly integrated with surface transport systems, including bus rapid transit, that are complementary and not competitive, we won't be able to unclog cities and veer people away from their mistaken belief that personal cars will take them to destinations faster. They can't.