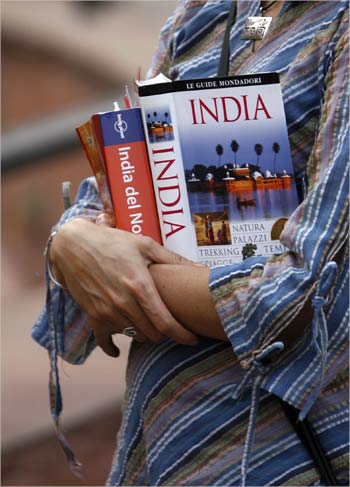 The booming Indian economy might be slowing down. And fast.

India's Index of Industrial Production -- which measures industrial growth -- plunged to a dismal 1.6 per cent in December 2010 from 18 per cent in the same period a year ago due to the poor performance of the manufacturing sector.

In November, 2010, the Index of Industrial Production had expanded by a meagre 2.7 per cent.

Industrial growth during April-December this fiscal stood at 8.6 per cent, unchanged in comparison to the corresponding period of the previous year, official data released on Friday showed.

In December 2010, manufacturing growth plummeted to 1 per cent from 19.6 per cent a year ago. 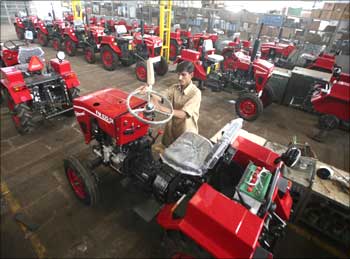 Consumer non-durables' production declined by 1.1 per cent during the month under review, in sharp contrast to 3 per cent growth in the same period a year ago.

The capital goods sector also contracted by 13.7 per cent in December 2010. The sector had expanded by 42.9 per cent in the corresponding period of the previous year.

In terms of industries, 12 out of 17 industry groups achieved positive growth in the last month of 2010. 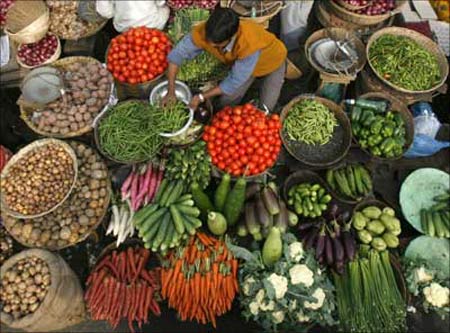 However, sticking to its projection of over 8.5 per cent GDP growth this fiscal, the Planning Commission said that monthly variations in industrial output numbers should not be a cause of concern.

"Month-to-month variation in IIP should not occupy us too much," Planning Commission Deputy Chairman Montek Singh Ahluwalia told reporters on the sidelines of an Indo-US Economic summit.

He said, "This high frequency IIP data is not necessarily an indication of an underlying trend."

IIP expansion declined to 1.6 per cent in December, 2010, from 18 per cent in the same month of the previous year. The growth was also low at 2.7 per cent in November.

However, industrial output grew in double digits in April, May, July and October, 2010.

"In the current year, the Planning Commission has said that GDP will grow at 8.5 per cent or maybe a little higher. That prediction remains," Ahluwalia added.

Despite low growth in two consecutive months, industrial production expansion during the April-December, 2010, period stood at 8.6 per cent.

The government has estimated economic growth for the current financial year at 8.6 per cent, as against 8 per cent a year ago. 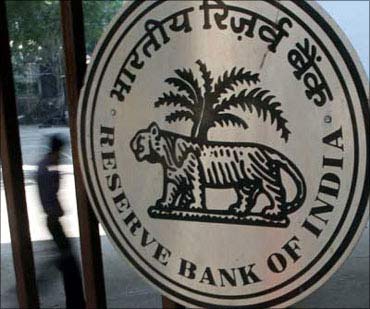 The Reserve Bank of India had just last week said the economy, after exhibiting strong growth in the second quarter this fiscal, is now slowing down in the wake of the global meltdown.

"The global economic outlook has deteriorated sharply since September 2008 with several countries, notably the US, the UK, the Euro area and Japan experiencing recession. In India too, there is evidence of a slowing down of economic activity," the apex bank said in its 'Macro Economic and Monetary Developments Third Quarter Review 2008-09'.

The government had on Thursday said that it would soon unveil a national manufacturing policy which will help in attracting overseas investments besides increasing the share of the sector in the Indian economy.

India aims at increasing the share of manufacturing sector, which contributes over 80 per cent in the country's overall industrial production, from 16-17 per cent to 25-26 per cent of the gross domestic product by 2020. 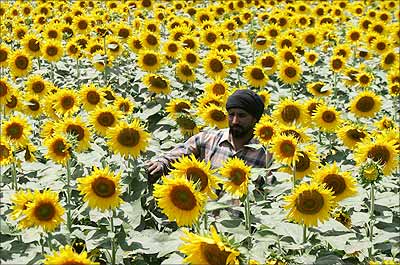 Under the upcoming policy, the government has proposed to set up integrated green-field mega-investment zones to attract global investment and latest technologies.

Speaking at the Eco-Products International Fair 2011 and International Engineering Trade Fair, Sharma invited Japanese businessmen to invest and partner in these proposed zones. Japan is the partner country in the fair.

Confederation of Indian Industry is a co-organiser of the fair.

The minister said increasing manufacturing share in the Indian economy is a priority as millions of skilled workforce is expected to join the segment in the near future.

The new policy would also help in attracting more and more foreign direct investment into the country, he added. 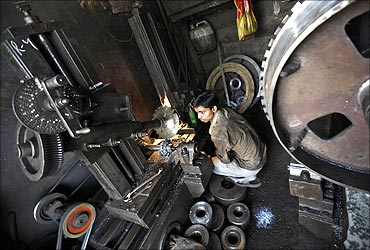 On Wednesday, global banking major HSBC had said that India's economic growth may slow down to a little over 8 per cent while inflation is likely to be above the comfort level at 6.6 per cent with an upward bias next fiscal.

HSBC has pegged India's GDP growth this fiscal at 9.1 per cent while it sees inflation by end-March at between 6.5 and 7 per cent.

"In FY 2012, we expect growth to slow down to 8.1 per cent, mainly on account of the base effect coming into play and a further tightening of monetary policy (by the Reserve Bank) to combat inflation," HSBC Chief Economist for India & ASEAN Global Research, Leif Eskesen, said.

The Reserve Bank is likely to further hike its key rates by up to 1 per cent (100 basis points) in calendar 2011, he said, as inflation is expected to hover close to 7 per cent.

More
© Copyright 2023 PTI. All rights reserved. Republication or redistribution of PTI content, including by framing or similar means, is expressly prohibited without the prior written consent.
Print this
article