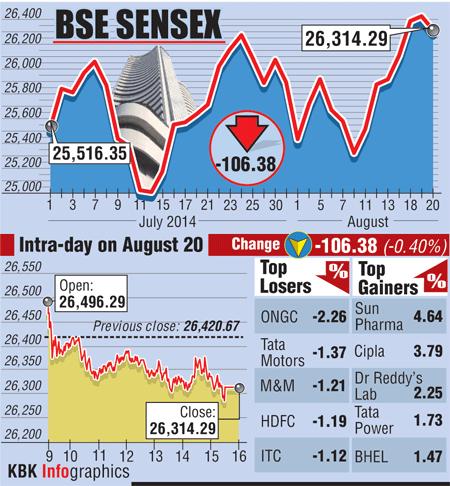 Markets ended lower on Wednesday, amid weak European cues, on profit taking after sharp gains in the previous two sessions which lifted the benchmark share indices to their record highs.

Meanwhile, the Nifty which had earlier hit its third successive record high of 7,922.70 today also failed to end above 7,900 mark for the second straight day.