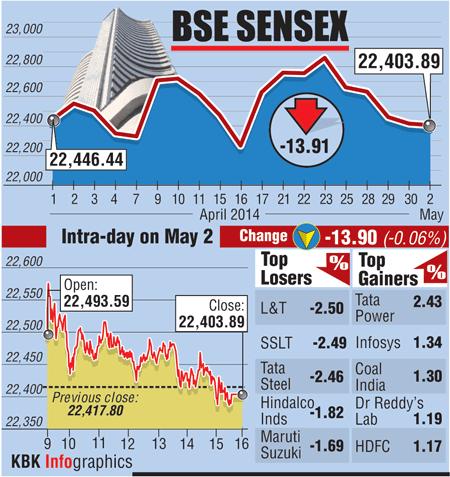 It was a fifth consecutive session of weak closes as market consolidates ahead of poll results slated to be released on May 16.

Investors also remained cautious over escalating tensions in Ukraine and the looming US April jobs report, slated to be released later.