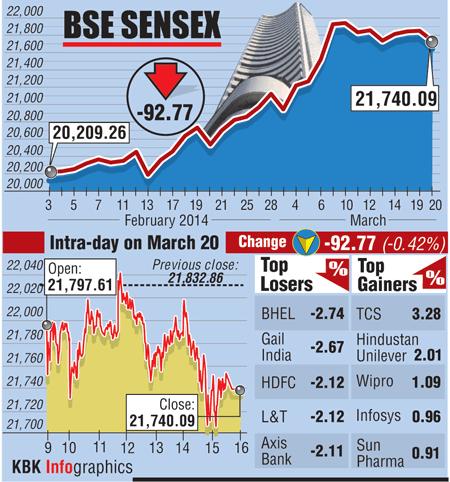 Also, Fed’s bond-buying program was expectedly snipped of another $10bn this month, adding to the gloom.

Stocks world over as measured by the MSCI world equity index dropped 0.6%, after Yellen said the US Fed might end its bond-buying program as early as autumn, and could start to raise interest rates from historic lows, around six months later.