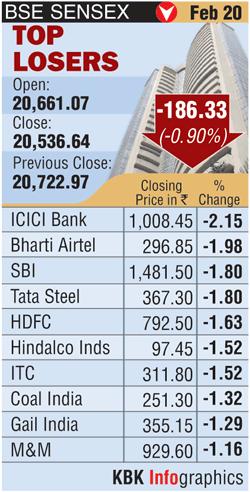 The investor sentiment went for a toss on cues emerging from world's biggest economies.

Macro-economic data from China and minutes of the US Federal Reserve's last meeting caused the turmoil as stocks tumbled around the globe.