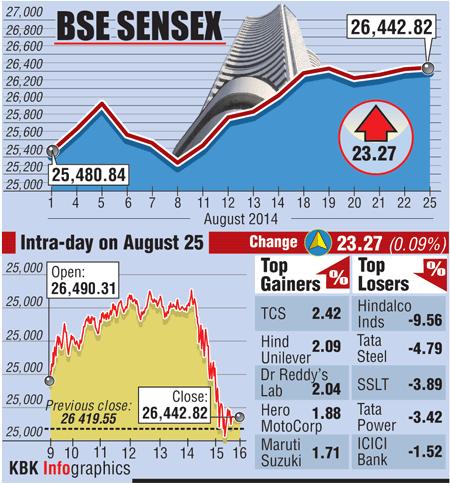 Benchmark indices which hit fresh record highs early on Monday ended flat amid selling pressure in metal and power stocks after the Supreme Court on Monday held that guidelines were breached in coal block allocations during the United Progressive Alliance government and that the terms of allotment, going as far back as 1993, were themselves illegal.