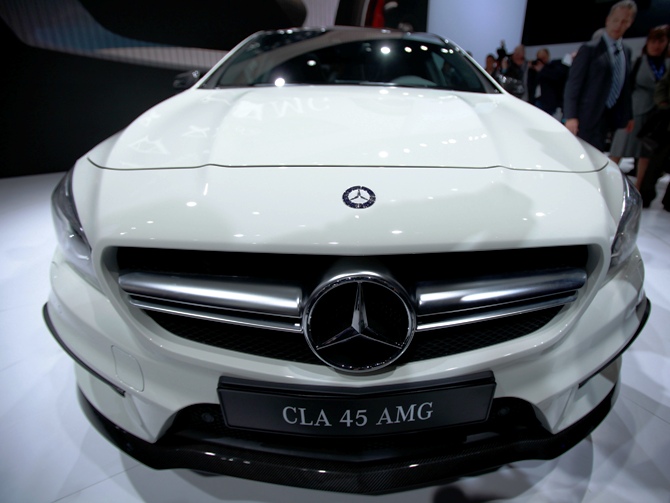 Riding on the success of its cars last year in India, German luxury carmaker Mercedes Benz will showcase a range of products, including the CLA45 AMG sedan, at the upcoming Auto Expo.

Outlining the company's plans for India's flagship auto show, the firm said it will unveil the CLA45 AMG and Concept GLA' during the biennial show.

"We are very excited about our product and brand showcase for the 12th Auto Expo as we are going to unveil some of the most awaited cars for the Indian market," Mercedes-Benz India Managing Director & CEO, Eberhard Kern told PTI. 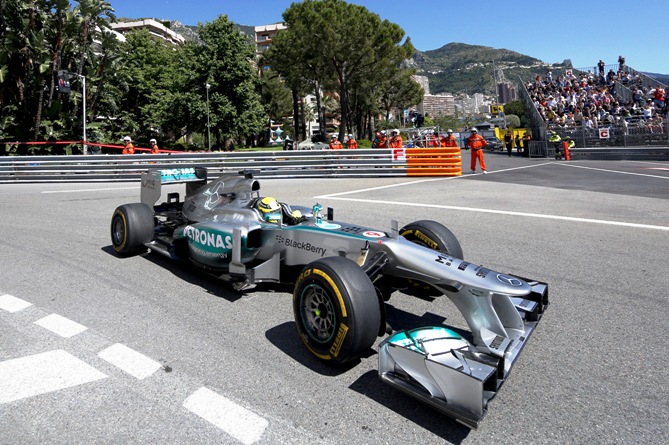 Besides, the company would launch its sports utility vehicle the M Guard during the show.

Mercedes will also showcase AMG Petronas F1 team car during the event, which begins on February 5 and ends on February 11.

The year 2013 turned out to be the most successful year for Mercedes in India.

It sold a record 9,003 vehicles during the year.

Last week, Japanese auto major Honda had said it would showcase a range of products, including the global unveiling of study model of a new crossover -- Honda Vision XS-1, at the Auto Expo. 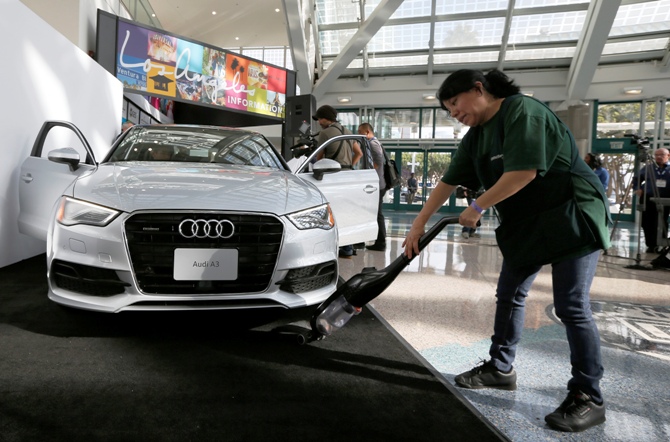 Image: A woman vacuums in front of the new Audi A3 sedan before the start of the 2013 Los Angeles Auto Show in Los Angeles, California, November 19, 2013.
Photographs: Lucy Nicholson/Reuters

The company's Indian arm Honda Cars India Ltd will showcase a wide range of exhibits, including the Accord Hybrid as well as the Honda Mobilio, the all-new 3rd generation Honda Jazz, which are scheduled to be introduced in India in future.

Besides, German carmaker Audi will unveil the Audi A3 Sedan and 'Special Editions' of SUVs - Audi Q3, Audi Q5 and Audi Q7 during the expo.

Audi R8 V10 plus Spyder will also be displayed.