Sign in  |  Create a Rediffmail account
Rediff.com  » Business » 1924 Rolls: 1st car from India to win this US award 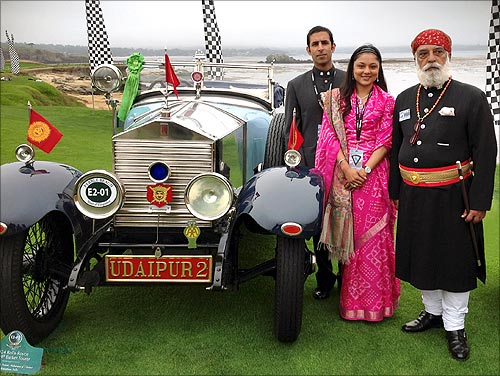 Image: Arvind Singh Mewar, with his car, the winner of the Lucius Beebe Trophy.

Arvind Singh Mewar of Udaipur, the scion of the House of Mewar has become the first Indian ever to win a trophy at the recently-concluded 62nd annual Pebble Beach Concours d'Elegance event in California, USA. 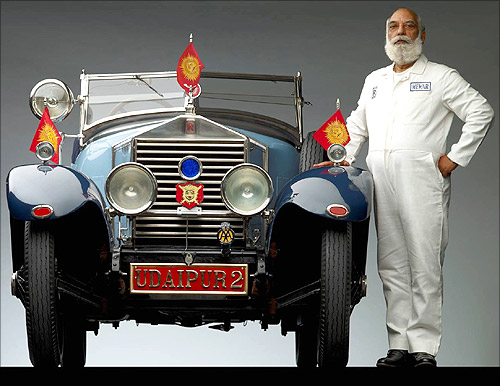 Image: Shriji with his 1924 Rolls Royce.

Shriji's 1924 Rolls-Royce 20 HP, Barker Tourer (GLK 21), which was selected by the Pebble Beach Concours d'Elegance panel to participate in the event, won the Lucius Beebe Trophy on August 19.

The trophy is awarded to the Rolls-Royce considered most in the tradition of Lucius Beebe who served among Pebble Beach's early judges. 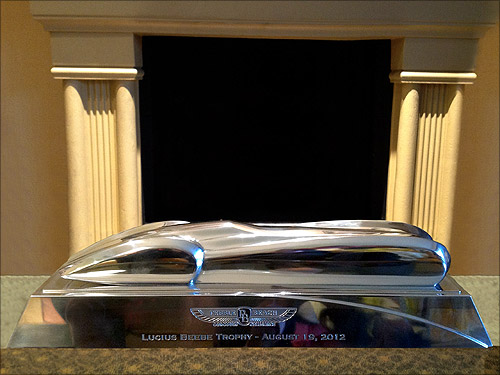 On this occasion, the House of Mewar also released a 194-page coffee table book dedicated to the history and restoration of this favourite royal car of Udaipur along with the family's association with Rolls-Royce over seven generations.

The House of Mewar has always encouraged various car rallies by actively supporting them.