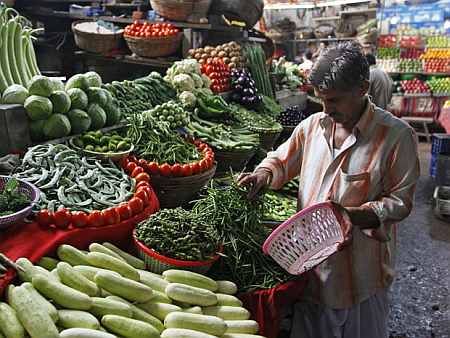 Vegetable prices shot up sharply in the last one month due to supply disruptions in major producing centres following heavy rainfall that affected the plying of trucks.

Vegetable sowing was initially disrupted in Maharashtra and Gujarat by two dry weeks in July and thereafter floods in Gujarat and heavy rainfall in Maharashtra damaged seedlings.

An official with the Agricultural Produce Marketing Committee, Vashi, near Mumbai said there was no need to push the panic button.

“In the absence of customers, vegetables’ prices decline.

They rise when customer turnout is higher.

Arrivals have been normal,” he said on condition of anonymity.

Data compiled by the National Horticulture Board showed arrivals of brinjal in Mumbai’s mandi had declined to 62 tonnes from 84 tonnes a month ago.

Similarly, arrivals of cabbage slumped to 170 tonnes today from 195 tonnes on July 3.

The deluge in Gujarat has disrupted supply of vegetables from the state. Arrivals from other states have also declined significantly.

Sanjay Bhujbal, a trader in Vashi, said, “Seed prices have gone up by 10-15 per cent.

Also, labour costs have doubled. So farmers have no choice but to sell vegetables at high prices.

These prices will continue for two-four weeks until new-season arrivals begin in September.”

Nath Seeds’ Managing Director Satish Kagliwal confirmed that seed prices had gone up in those areas where rainfall remained short.

Total arrivals of onion were reported at 64.5 tonnes here on Monday against 90 tonnes a month ago.

“The season between July and September is crucial for vegetable prices as supply declines normally due to fewer trucks to ferry commodities from warehouses in the  hinterland.

Truckers fear being stalled in mud,” said Samir Inamdar, an okra stockist in the Vashi mandi.

NHB data showed okra supply to the mandi here declined to 11.2 tonnes on Monday from 14.2 tonnes a month ago. 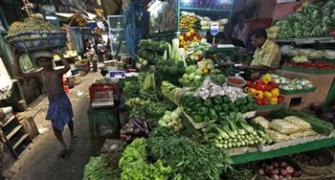 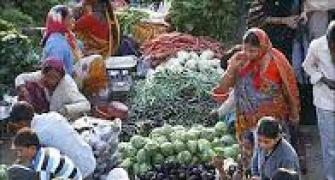 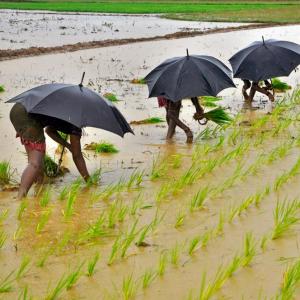 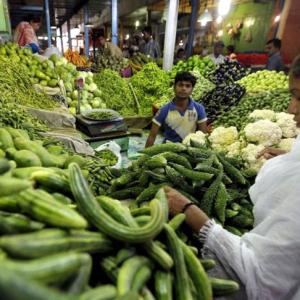