News
Business
Movies
Sports
Cricket
Get Ahead
Money Tips
Shopping
Sign in  |  Create a Rediffmail account
Rediff.com  » Business » Why the Nano is a killer car

If the Volkswagen Beetle could become an icon over time, then why not the Nano, asks Subir Roy.
Illustration: Uttam Ghosh/Rediff.com 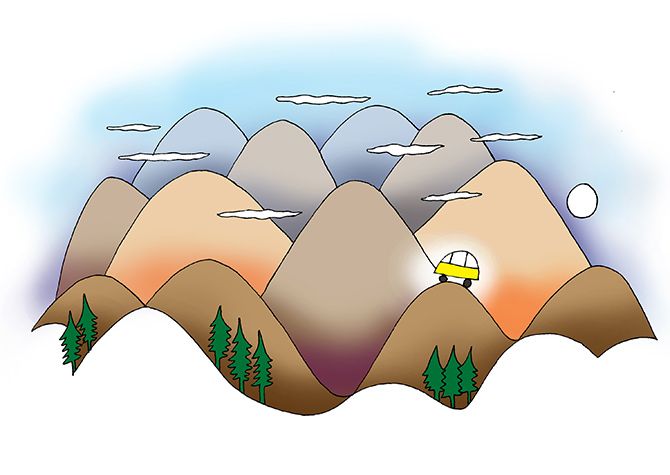 We're just back from Puri, declared the friend who, with his wife, made up the foremost travelling couple among us travel-obsessed friends. So what, I almost blurted out, until he added that they did it in their four-year-old Nano.

Even then I was not impressed because the same couple had, a couple of years earlier, done a smooth Kolkata-Gaya return in the same car.

In fact, I stopped being surprised by what the little underdog of the Indian motoring world could do ever since the papers splashed the news that the Nano, the cheapest car in the world, had crossed the highest road in the world, at Khardung La (18,380 ft), in order to go to Leh in Ladakh from Manali and be back sans any kind of car trouble.

Which is when I had seriously taken up with the wife that our next car should be the Nano. That's been almost a year now, with no sign of victory on my part. I thought I had it all sewn up with a range of invincible arguments but logic can go so far and no more.

Other than the price, what I thought made the car a killer was the combination of its outward size and inner roominess.

The small size made it ideal for a retired person like me whose manoeuvring skills were not getting any better with age -- skills that were much in demand in the congested and chaotic traffic of Kolkata.

And on first look, just when you wondered how cramped the interiors would be, you were totally bowled over by the internal roominess. The rear engine made for miles of leg room in the front and things were no more cramped on the back seat than in other small cars.

As for travelling comfort, well, smoothness of ride was not one of the Nano's selling points, but then, if you looked a little ahead at where oil prices will be after the present slump is over and the certain premium on fuel-efficient small cars, the slogan for tomorrow was, 'The smaller the better.'

Unable to convince her sitting at home, I had a fabulous idea on a Delhi visit a couple of years ago -- try to let experience win where arguments couldn't.

Self-driven rented cars were still a bit of a novelty and one of the pioneers was offering the Nano at an incredibly low rate. So I grandly proposed, drawing on all the fabulous memories of taking the Maruti 800 on our numerous hill holidays a couple of decades ago, that we hire the Nano and simply go all over the hills where fancy took us. Altitude was not an issue because on the Maruti we had gone beyond 10,000 ft without a hitch.

On seeing the incredulous look on the wife's face, I again tried to argue with facts and figures. If she was thinking of having to ford river beds where the road had been washed out or the boulders lying around, the Nano's road clearance was actually more than that of a clutch of the commonest small cars around. But who cares for facts!

Delhi trip over and tempers cooler, I broached the topic again. What was it that she had against the Nano? After what seemed an eternity, she replied that a car should have at least some luggage space to accommodate a couple of suitcases.

My spirits soared and I replied grandly: 'We are not talking about sedans. Among small hatchbacks, difference in luggage space is as much as the difference between Tweedledum and Tweedledee.' Expectedly, my archaic English failed to impress.

Then, after a lot of mental probing and cajoling, she finally came out with it: 'You also have to like the look of your car.' This was a return to basics. At our age, should we look for a car to make a statement about ourselves or choose one that offered the most efficient way of getting from place A to place B?

I slowly realised that for a touchy-feely thing like a car, a manufacturer has to get under the skin of the consumer to understand what she really wants. Of course Indians are very price sensitive, but how far does it go when it comes to such an aspirational symbol like a car?

Apple, albeit at the other end of the price spectrum, wins because it is able to devise features which enhance ease and comfort in handling and has a great feel-good factor.

My mind went back to the early days of undergraduate studies in the coeducational Presidency College. In the first year we, the boys, went after the girls who looked smart and pretty. But by the time we were into the second year, we didn't even notice how they looked. It was the person behind the facade and deportment that mattered.

I wish Nano had an army of market researchers and designers who could help it make a statement that went beyond price, while keeping the price low.

To people like me for whom Ladakh is unforgettable, it is heroic for a small little car to be able to go there and come back in one piece. Why not name one variant Ladakh and another Jaisalmer, and name the whole range Incredible Journeys?

If the Volkswagen Beetle could become an icon over time, then why not the Nano? It is only a matter of time before 'Small is Beautiful' defines cars too. 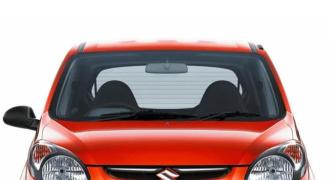 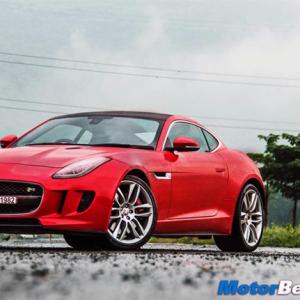 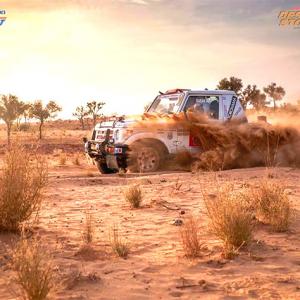