The US drug regulator is expected to inspect Aurobindo Pharma Ltd's two manufacturing facilities in Andhra Pradesh during September-December. While one of these plants, unit-6, is under import alert of the US Food and Drugs Administration (USFDA) since February 2011, the other one, unit-4, is a new facility. 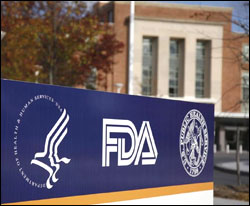 Sources close to the development said FDA might lift the import ban on the unit-6 facility by September-end and approve the new facility by the year-end, a move that could help Aurobindo launch a string of its products in the world's largest drug market and boost revenues.

Industry analysts also say the company has indicated to them the unit-6 is likely to get a green signal from the regulator during its visit.

Since early 2011, Aurobindo has not been allowed to sell or supply any of its products manufactured in this facility in the US market.

The unit-4 facility will make general liquid injectable products. An Aurobindo spokesperson confirmed FDA inspection of units 4 and 6 is expected between September and December.

The US regulator had inspected the unit-6 facility in 2010 and found significant violations of its good manufacturing norms. The regulator then issued a warning letter to the company along with an import alert in 2011.

Following this, FDA not only barred drugs produced at this facility from the US market, but also held back new approvals from there.

According to another source, the unit had generated around $36 million of revenue for the company during 2010-11, till FDA imposed the import alert on it. The company now hopes to recoup larger portions of the sale in the US from the facility in a phased manner once it gets a go-ahead from the regulator, the company official said.

The drug maker claims it has implemented best practices and made all required changes in its unit-6 to rectify the manufacturing deficiencies pointed out by the regulator.

According to the source, Aurobindo also engaged a New York-based consultant to audit and validate the changes.

Aurobindo, which manufactures cephalosporin-based products from its unit-6, has a contract with US firm Pfizer Inc to supply cephalosporin. It is learnt that Pfizer has also assisted Aurobindo to take corrective steps at unit-6.

The company filed re-validated data with FDA for unit-6 around May-June, after which the regulator indicated a time for its visit to the facility.

Industry analysts suggest if FDA decides to lift the ban after its inspection in September, it would be a significant development for the company as it would clear logjam for many of Aurobindo's products. However, the company may have to face some price erosion for its products as new players entered the market in its absence.

From its unit-6, Aurobindo had made application for 24 medicines in the US. Out of this, it received approvals for and was already selling 16 drugs there, before FDA generated the import alert in 2011.

The company still has eight generic drug applications pending for approval. The company's overall 2011-12 earnings took a hit due to the FDA action, resulting in lower exports. The management has guided for a revenue growth of 15-20 per cent in 2012-13.

However, companies like Aurobindo, Dr Reddy's and Cadila are not required to pay a penalty, whereas Ranbaxy has made a provision of $ 500 million to settle its dispute with the regulator and the Department of Justice (DoJ). Experts say this is because FDA does not impose penalty when there are manufacturing violations. However, in the case of Ranbaxy, it was much more than that, a pharma sector analyst said.

"Quality control and data-reporting issues had got Ranbaxy into trouble with FDA and DoJ. FDA found Ranbaxy tampering with data. A penal action comes only when FDA or DoJ finds an intention to tweak the element of data integrity, which is probably the case with Ranbaxy," the analyst said.