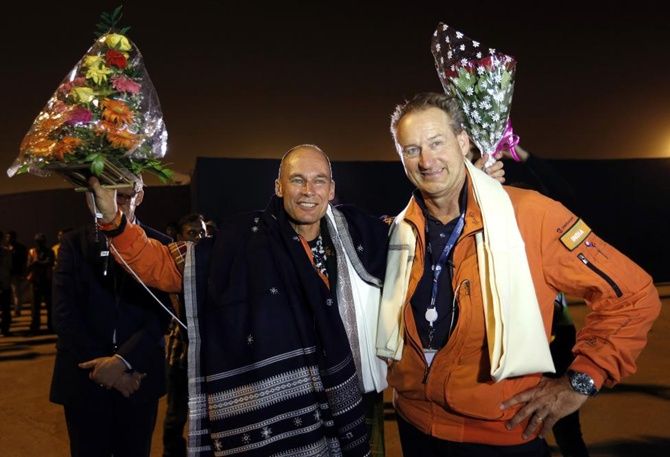 Around the world, powered by nothing but the Sun. This kind of sums up the story of the two pilots, Bertrand Piccard and Andre Borschberg - both pioneers, innovators, and above all avant-gardists.

Bertrand Piccard is a doctor, psychiatrist, explorer and aeronaut who made the first non-stop round-the-world balloon flight and is the initiator and chairman of the Solar Impulse team.

Andre Borschberg, is an engineer and graduate in management science, a fighter pilot and a professional airplane and helicopter pilot and is also the co-founder and CEO of Solar Impulse.

The Solar Impulse mission is looking at gathering many fighters to its cause of clean energy from the country. 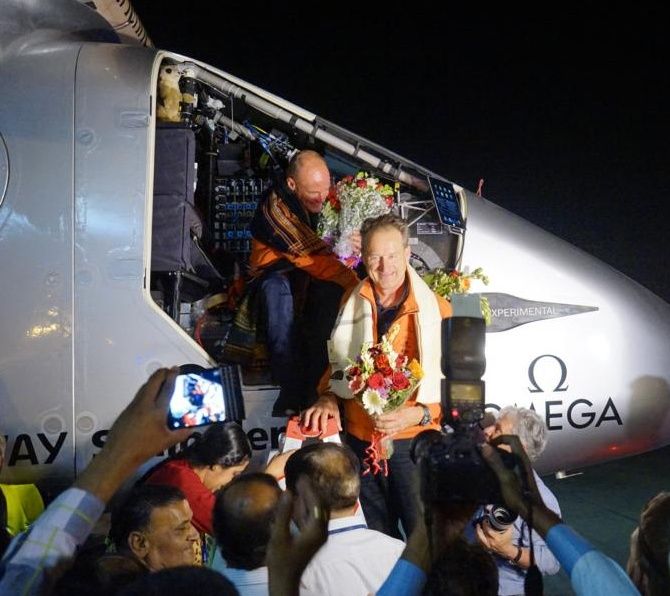 "It is one of the largest countries in the world, and when last year we started contacting India, we had a great response. In fact, we had invitations from both Delhi and Mumbai airports to land our plane. We chose Ahmedabad as there is a part of Ahmedabad (Gujarat) in this plane," said Piccard referring to companies who have partnered in the project and have their presence in Gujarat. In fact, he had met Prime Minister Narendra Modi four years back (when Modi was the chief minister of Gujarat) and discussed the project.

"He (Modi) had shown a keen interest in the project then," says Piccard, adding on a lighter note that "we thought we would meet Mr Modi again, but he has already left for Delhi."

Piccard and Borschberg have started a platform, futureisclean.org, which asks people to pledge "I want concrete actions for a clean future", and are hoping to add signatures for the cause from India. "In India, we can potentially have 1.2 billion signatures," says Piccard. 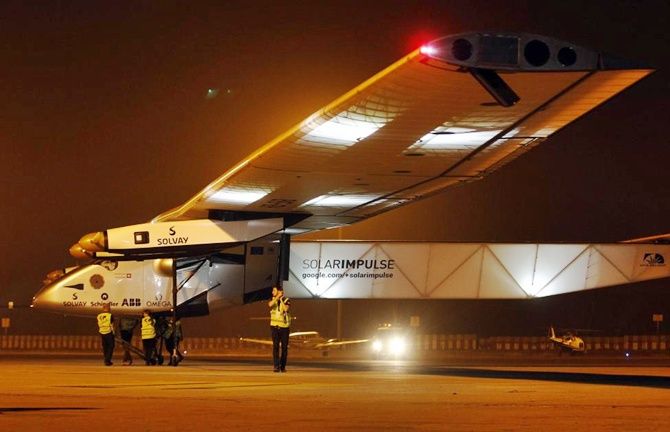 India's contribution to the project is not just limited to technology, Borschberg has been training under a Geneva-based Indian origin yoga instructor Sanjeev Bhanot to help him survive the gruelling physical challenge of flying the aircraft for long hours sitting inside a cramped cockpit.

Bhanot, who hails from Bikaner in Rajasthan, had moved to Europe years back and has been training Borschberg since the last 10 years.

"We would use yoga as part of preparations for the flight, and also during the flight to warm up our body in extreme cold conditions," Borschberg said.

Bhanot says there are yoga techniques that allow one to maintain a steady body temperature naturally. Yoga techniques like nauli, suryabhedi and a combination of pranayams, including bhastrika and kapalbhaati, along with stretching exercises, are performed regularly by Borschberg. 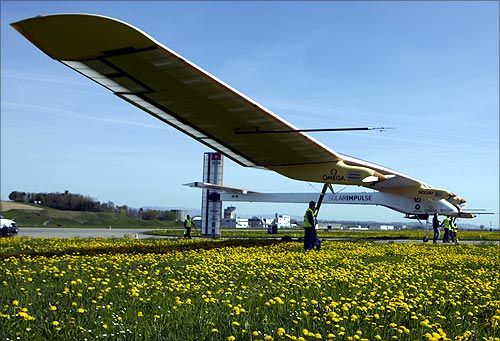 Flying the single-seater aircraft can be a huge human challenge. While the plane does not require to stop - it can fly forever - the halts are there as the pilots need to take breaks.

The seat can be adjusted into a horizontal position so that the pilots can stretch out, do yoga or relax. The pilots are allowed to sleep for only 20 minutes at a stretch, repeating it 12 times a day, said a ground staff working with the Solar Impulse team.

Adding, "They are allowed to have only 2.5 litres of water, 1.5 litres of energy drinks and around 2.5 kg of food a day." the informs. Nestle has developed special packaged food for the purpose. 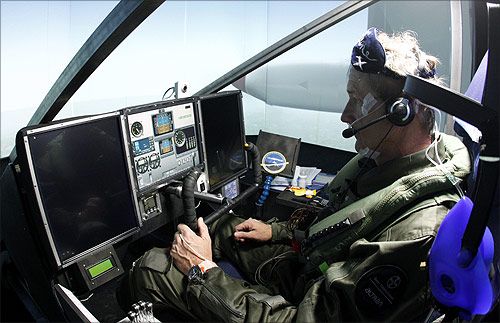 While Piccard always wanted to come back to India ever since he flew over the country in his balloon, Borschberg is keen on the halt in Varanasi as a spiritual stopover.

"The last time I flew over India, my balloon was hardly 300 m above the ground. I could see children running and waving at me, the aroma from the kitchens nearby, and I knew I had to come back," Piccard said.

This time around they are stopping over at Ahmedabad for four days, before they move on to Varanasi. 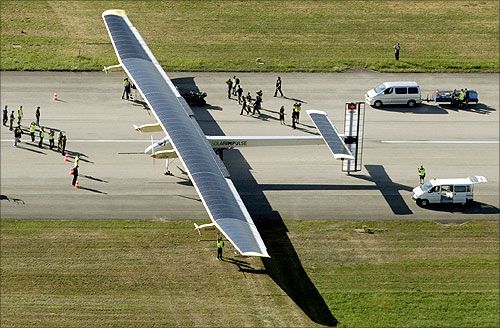 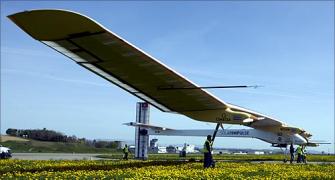 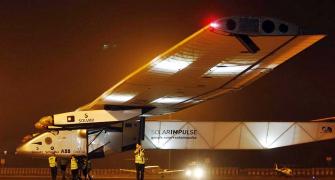 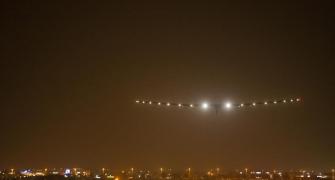 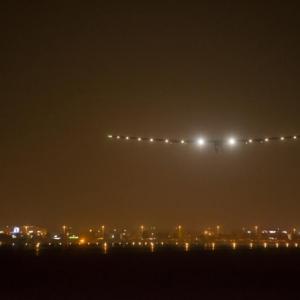 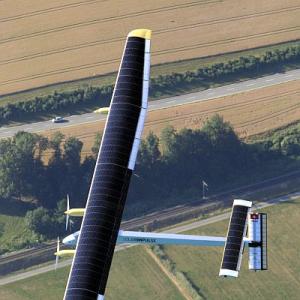