The HR challenge seems to be one of the most important issues that RBI Governor Shaktikanta Das will have to tackle, reports Anup Roy. Junior and mid-level officials of the Reserve Bank of India are upset with a new circular that reduces their eligibility for the next promotion.

And their agitation may not be out of place when one looks at the shrinking scope for promotions at the top itself.

The human resource challenge seems to be one of the most important issues that newly appointed RBI Governor Shaktikanta Das will have to tackle, apart from bigger ones such as reserves transfer to the government and maintaining the autonomy of the RBI.

The central bank's HR department stirred up a hornets' nest when it issued a circular stating that the bottom 25 per cent in the grade B to C and D to E won't get a promotion, a ceiling raised from the bottom 10 per cent earlier.

It came as a shocker to people who are due for promotion, and they went on a strike. Since it was not a union-sponsored agitation, it was easily doused, at least for now.

The demand of the protesting staff for a meeting with the new governor to present their case was not entertained, and a senior RBI officer attended to their concerns.

Again, the grade C to D is a tough one, with examinations and interviews involved. Promotion from the grade D to E was automatic for the top 90 per cent so far.

The latest circular, therefore, affects all the present managers and deputy general managers directly. But other ranks are also equally upset with the circular.

According to the central bank's annual report, the RBI's total staff strength was 14,785 as on December 31, 2017. Sources say the ratio of clerical staff to officers would be roughly 2:1.

A very big issue facing the RBI is that the career aspirations of a rapidly rising young workforce are not being met adequately.

This meant that the whole department would be blocked for the next 30 years. Many people here would retire only in 2019 to 2021. Therefore, promotion opportunities for the others are tight anyway.

"Lateral entries, no matter how small, are squeezing that opportunity even further. On top of that, if you have such filters, people who have waited for seven years to get promotion are suddenly seeing they could be excluded. It is a shock to them," said an officer.

Lateral entry itself is a touchy issue in the central bank, but in many ways there are no other options.

For example, in departments like banking supervision, the central bank is trying to hire many specialised people with certain skills. These skill sets have been missing at the bank despite the best training.

Then governors Dr Raghuram Rajan and Dr Urjit Patel moved to address this serious lack of skills by lateral hiring.

The RBI staff acknowledge that shortcoming, but also say the younger workforce is more savvy, comes up the ranks through rigorous tests and assessments, and, therefore, should be given a chance too to become specialists. But promotion avenues are getting narrower.

"If a section of the management, who is powerful but temporary, also recruits laterally, the institution suffers in the long run. For a lateral recruit, the RBI is just a feather in the cap. They leave with all their learnings at their posts," said another officer.

"But for career aspirants at the RBI, who want to retire from the RBI, that position is all they have. The upward mobility of these set of officers is getting disturbed," the officer added.

As far as the latest circular is concerned, these officers find is unacceptable.

"When an institution takes a policy, it is usually prospective, not retrospective. Now, if the person who has waited for seven years for the next level is given this new logic, he would feel utterly frustrated," an officer said, adding the staff expects Governor Das to roll back the new rules initiated during Dr Patel's tenure.

Besides, a smaller percentile for promotion will mean that employees could be more susceptible to the biases of the bosses, said one of the officers.

However, according to a senior officer, it is necessary that absolutely the best of the best get promoted if the central bank has to remain at the top of regulation.

"This is a knowledge-based organisation. If you want to be one up on the entity, you are supervising and regulating, you need to be completely clued on to it in terms of knowledge," said the officer.

"The organisation is moving towards a highly knowledge-leveraged, knowledge-based work ethos. Otherwise, you cannot be a central bank like one in the advanced economies," he said, adding the central bank invests heavily on training and in getting the right people.

Still there could be skill gaps in spaces such as data science, data analysis, high-end software, and in countering cybercrime.

"That is where the lateral requirement comes. Lateral is only where there is a skill deficit in the organisation, and it is just a fraction of the staff strength," said the person requesting anonymity.

The real challenge for all employees, though, is the pension-related issue. Even as the RBI is ready to give better pension from its own kitty, the government doesn't agree.

As a result, the retired employees get much lesser pension compared to other central government employees.

However, the government is expected to come up with its recommendation by the end of this month.

The RBI's next salary revision also fell due in 2017, which should get resolved soon. 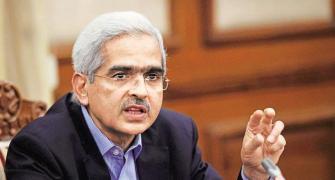 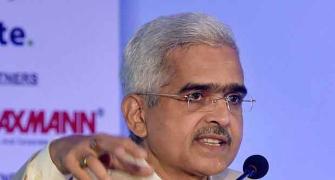 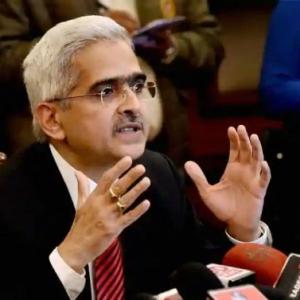