These firms owe Rs 13 trillion to lenders and account for 55% of all non-financial corporate debt. 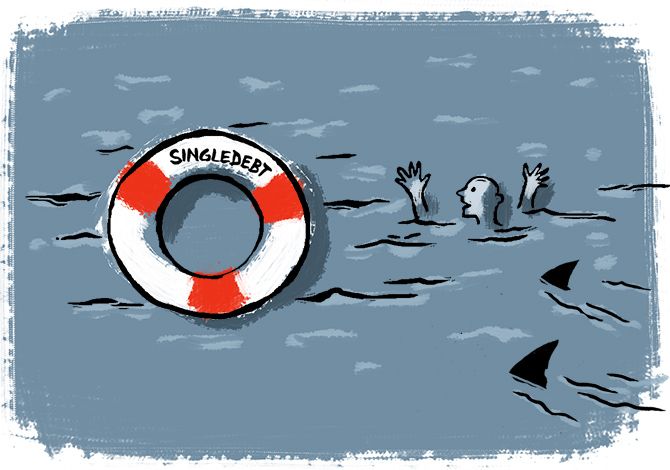 The recent correction in the stock market has raised the insolvency risk in corporate India, with borrowings exceeding market capitalisation (m-cap) for 195 non-financial and non-government-owned companies, the highest in at least five years.

A bigger worry for lenders is that the majority of corporate loans are now tied up with these financially stressed firms. 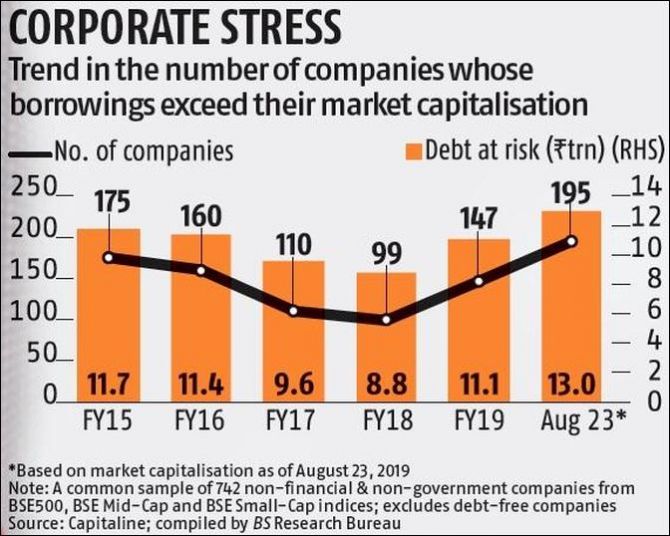 The analysis is based on a common sample of 742 non-financial companies that are part of either BSE 500, BSE MidCap or BSE SmallCap index, and excludes government-owned companies and debt-free companies in segments such as listed multinationals, fast-moving consumer goods (FMCG), and information technology services companies, such as Tata Consultancy Services, Infosys, HCL Technologies, and Wipro.

This imbalance between debt and m-cap, analysts say, could trigger a fresh wave of corporate defaults as low m-cap makes it difficult, if not impossible, for companies to raise equity capital either to deleverage their balance sheet or fund operations.

"The amount of capital that a company raises is often a fraction of its existing market capitalisation.

"So the ability to raise capital falls sharply as a company's stock price plummets, reducing financial elbow room for a company just when it requires liquidity to tide over operation and financial difficulty," said G Chokkalingam, founder and MD, Equinomics Research & Advisory Services.

Low valuations could potentially choke the finances of many companies in capital-intensive sectors, such as telecom, power, metals and mining, and infrastructure, starting a vicious cycle of low liquidity, poor profitability and even lower m-cap.

These companies will now have to depend on internal accruals to manage debt servicing and fund operations, raising risk of a debt default or corporate failure if the economic downturn gets longer than anticipated.

Access to fresh capital is essential for the survival of many of these financially stressed firms, given their poor financials including losses in recent years.

For example, 72 out of these 192 companies with inadequate m-cap had a combined loss of Rs 1.14 trillion.

Not surprisingly, many analysts expect a fresh round of default in corporate India if earnings drought stretches beyond a few quarters.

"We see another round of bad loans in the corporate sector as corporate earnings and valuations take a hit from the slowdown in global trade, decline in domestic demand, and growing stress in consumer-oriented sectors," said Dhananjay Sinha, chief economist and equity strategist at IDFC Securities.

In the past, many corporate failures or defaults were preceded by a sharp fall in the company’s m-cap in 2012 and 2013, making it tough for companies from financially stressed sectors to raise fresh capital. 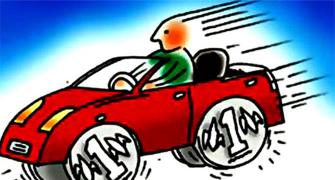 Jet lenders give third extension for EoI to Aug 31