The experiences of HBOS and Indian Overseas Bank show that often loans make money for the lender in the initial years but losses come later when they turn bad, notes A V Rajwade.

In one basic way, the business of lending money is significantly different from businesses in manufacturing: In the latter, quite often losses occur in the initial years and the hope is that profits will follow; in the former, the cycle is reversed.

Very often, loans make money for the lender in the initial years and losses come later should they become bad or non-performing assets.

This was well illustrated recently in the cases of HBOS - the entity created by the merger of the Halifax Building Society and the Bank of Scotland) in the UK - and the Indian Overseas Bank (IOB) in India.

HBOS needed to be rescued by an infusion of public funds during the financial crisis of 2007-08. The Bank of England's report on the failure of HBOS, one of the UK's largest banks, came out last year, seven years after the incident occurred.

The basic problem with HBOS was that it evolved from being a "boring" bank to one which expanded rapidly into commercial and property loans, often relying on short-term funding from the market.

When the interbank market stopped functioning during the crisis, HBOS faced a major liquidity problem even as the quality of its assets was coming into question.

The case of the IOB seems similar, as reported in Mint on November 27, 2015 (I am taking most of my data from that report).

Under a new chief executive, the IOB doubled its loan book in four years, funding it from "high-cost deposits", which increased to 20 per cent of the total by March 2014 from less than four per cent four years earlier.

No wonder the IOB currently has the highest percentage of non-performing assets amongst all the listed public sector banks.

The first sign of trouble was evident in the 2012-13 accounts, when the IOB reported a very low return on assets, but it seems regulatory action was initiated only two-and-a-half years later.

In a way, both cases illustrate regulatory weaknesses, if not major failures. This is perhaps more understandable in the case of the UK that ideologically preferred - and probably does still - "light touch" regulation.

This surely is not the ideology in India; just recall the number of circulars issued by the central bank on regulatory issues.

Also, the central bank has representatives on the boards of all public sector banks, and surely they would have known about the rapid expansion in credit portfolio and how it was being funded. Did they not raise any alarm?

Do they have any accountability for what happened, or are regulators to be considered as being above such mundane questions?

The Financial Stability Report (FSR) published by the Reserve Bank of India (RBI) last month, highlights the issue of banks' non-performing assets, now at their highest level for a decade, and that too, when the growth is seven per cent-plus.

The RBI governor and senior RBI executives have been expressing concern about the issue from various fora.

The FSR reports that five sectors - mining, iron and steel, textiles, infrastructure and aviation - which together constituted less than a quarter of the banking system's loan book, contributed more than half of the "stressed advances".

As for mining and iron and steel, did the sharp fall in global commodity prices and the overvalued exchange rate lead to losses and therefore, impairment of the quality of loans?

As for infrastructure, what was the contribution of delays in various government clearances to the overruns in project completion schedules and costs (see "Bankers want green nod before project bids" on this issue in Business Standard, January 2)?

Within infrastructure, what was the role of delays on the part of power distribution companies in paying for the power?

Should the FSR be a compendium of data without much analytical and remedial comment?

This apart, the problem of banking profitability and capital adequacy could well become more complex when the new accounting standard (Ind AS109) is implemented in a couple of years.

This standard requires the lender to make an assessment of expected future credit losses and their recognition in the accounts.

A "true and fair" quantification of these would be a challenging proposition for bankers and accountants alike. 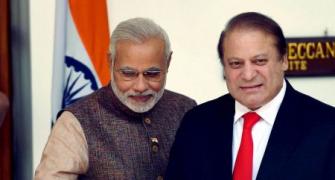 Ball in Pak's court, says MEA about future of talks 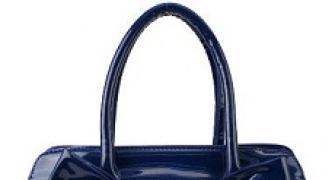 The Ultimate Bag Guide for Women