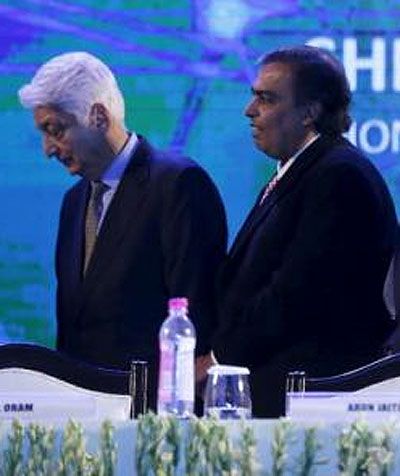 The Budget proposal to levy an additional 10 per cent dividend distribution tax for individuals is likely to hurt cash-rich promoters of corporate India.

It will impact nearly 15 per cent of the Rs 42,633-crore dividend paid to the promoter groups, or about Rs 6,000 crore, in the top 100 dividend-paying companies.

Among individual promoters, the biggest hit is likely to be taken by Wipro Chairman Azim Premji and his family.

Last year (FY15), the family’s dividend income from Wipro was estimated to be around Rs 1,644.5 crore (Rs 16.44 billion) — excluding the earnings of the stake held through Premji’s trusts and foundations.

Under the new tax provision, their outflow would be Rs 164.5 crore (Rs 1.64 billion), if the dividend payment remains the same. In FY16, their tax liability is likely to be higher, as Wipro’s dividend payout is growing at a steady pace. Last year, it was up 50 per cent, and it has doubled in the past three years.

The dividend income of these would also be taxable under the new rule. In all, Reliance Industries paid equity dividend of a little less than Rs 3,000 crore (Rs 30 billion) in FY15, of which around Rs 1,100 crore (Rs 11 billion) accrued to various promoters’ LLPs.

About 85 per cent of the promoters’ stake (by value) is owned either through holding companies or trusts that are not covered under the new dividend tax regime. This spares several big business group and holding companies such as Tata Sons, Grasim Industries, Aditya Birla Nuvo, Larsen & Toubro, HDFC, ICICI Bank, ITC, Bharti Airtel, Reliance Capital, Godrej Industries and Vedanta, among others.

The five Infosys founder families would also feel a pinch from the new tax norm. They cumulatively earned around Rs 624 crore (Rs 6.24 billion) as dividend income from their equity stake in the company last year.

Among individual Infosys co-founders, the biggest hit would be felt by the N R Narayana Murthy family and the S Gopalakrishnan family. Both earned divided income of around Rs 175 crore each from Infosys last financial year. They were followed by the Nilekani family (Rs 117 crore), the Shibulal family (Rs 101 crore) and the K Dinesh family (Rs 55 crore), respectively.

Other big promoter families to take a financial hit are the Munjals of Hero MotoCorp, Rahul Bajaj family of Bajaj Group, George Alexander Muthoot and others of Muthoot Finance, Madhusudan Rao Divi of Divi's Laboratories, the Shanghvi family of the Sun Pharmaceutical, Sameer Gehlaut of the Indiabulls Group, and the founding families of Asian Paints, among others.

This analysis is based on corporate India's top 100 dividend paying companies in FY15, excluding government-owned firms. The calculation only takes into account the promoters' stake held either in the name of individuals, Hindu Undivided Family and partnership firms, including LLPs.  The tax doesn't apply to equity stakes held by trusts, holding companies and investment vehicle such as mutual funds and insurance companies.

Among large non-promoters shareholders, the Rakesh Jhunjhunwala family would now have to pay tax of around Rs 4.5 crore (Rs 45 million) on dividend income from his top five dividend paying-companies - Lupin, Titan, Crisil, Polaris and Karur Vysya Bank. He is followed by the Shivanand Mankekar family which earned nearly Rs 22 crore divided from their holding in Strides Shasun alone last financial year. 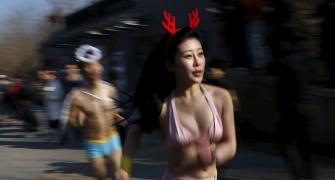