Toyota launched the Fortuner brand in the Indian market back in 2009 which went on to become an instant hit.

There were many things that did go well for the SUV, the off-road ability it offered, the price it came at and most importantly the bullet-proof Toyota reliability and durability quotient it had.

The SUV became so popular, it sold way more than all its competitors combined, writes Indian automobile website MotorBeam.com. 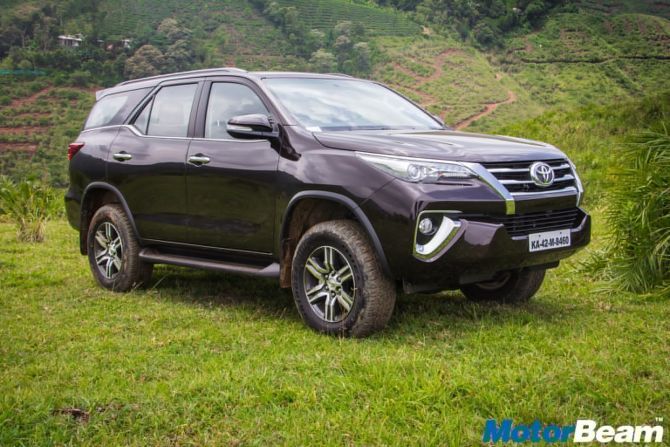 The Toyota Fortuner got a facelift after a period of 3 years.

The boxy design and not so premium interior started to haunt the Fortuner brand. Toyota launched the next generation Fortuner last year in the Indian market.

The SUV underwent a major surgery both in its exterior and interior. In terms of looks, the new generation Fortuner is now more athletic and sleek.

Gone are boxy proportions and in comes a more contemporary and modern design language. The side profile looks simple and clean.

There are a new set of shimmery alloys wrapped with fatter rubber and the kink in the window-line is clearly the design highlight.

The wraparound LED tail-lights with the chrome look simply fantastic. All-in-all, the Fortuner looks more a Lexus than a Toyota. 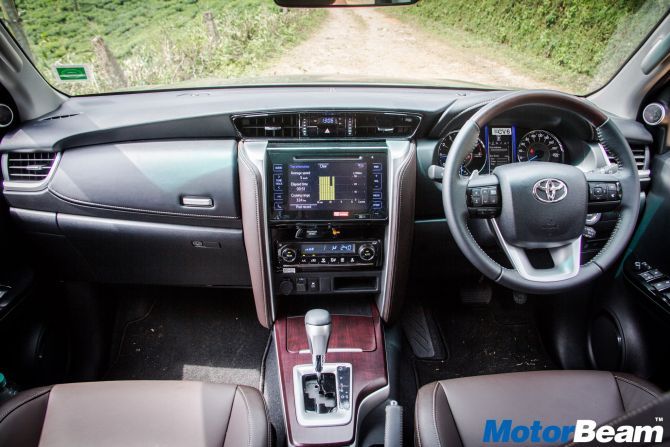 Coming to the interior, Toyota has given it the much-needed overhaul. The double-stitched leather in the centre-console, the chunky steering wheel with aluminium
and wood inserts look and feel premium.

The whole dashboard is swathed in leather. There is a big colour multi-information display and a 7.0-inch touchscreen infotainment system with Navigation, USB, AUX, DVD, MP3 and Bluetooth connectivity for music streaming and telephony. It comes with a 6-speaker audio system that offers a decent audio experience. 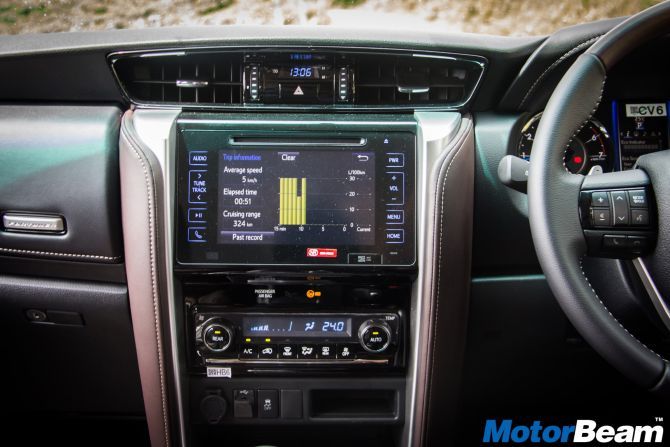 However, there is no Apple CarPlay and Android Auto connectivity.

There is also a reverse camera with parking guidelines but it misses the fancy auto park assist that the Ford Endeavour offers.

The only bit that looks and is cheap is the faux wood trim near the gear-lever. 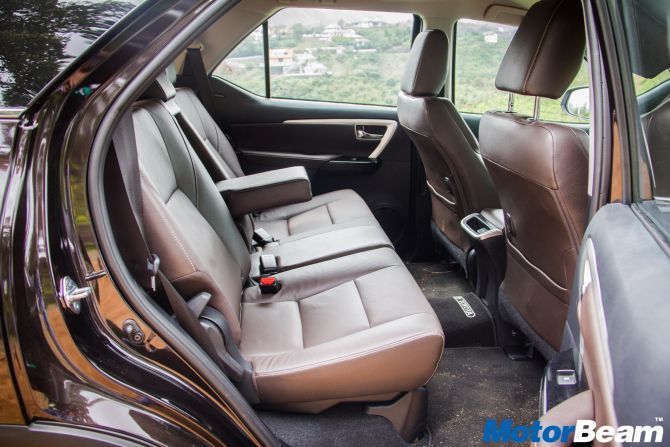 The dark brown upholstery looks premium. The second row has plenty of legroom and headroom but lacks under-thigh support. 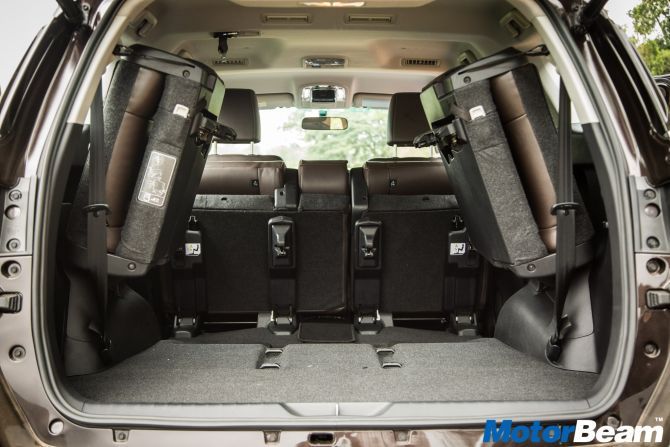 In fact, the Fortuner is the only SUV in the segment to come with a petrol motor.

Transmission options include a 5-speed manual and a 6-speed automatic transmission with paddle shifters.

The powertrain is absolutely refined and revs don't climb up that easily which is quite surprising. There are 3 driving modes - Eco, Normal and Power. The automatic transmission is smooth but not agile in terms of shifts.

The Toyota Fortuner gets a rugged and enforced chassis that is stiffer than its predecessor.

The vehicle remains stable at high speeds, handling is improved but there is considerable body roll around corners. The steering also feels heavy at low speeds. The SUV feels stiff on bad roads. Braking is superior, thanks to all the wheels being equipped with disc brakes.

The petrol powered Fortuner comes only with a 2WD setup, so off-roading abilities are limited.

The new Fortuner comes loaded to the gills. The Japanese automaker has a good reach in India but the only concern would be the cost of ownership when compared to other Toyota-badged cars.

There's no doubt that the Toyota Fortuner is a sales sensation in its segment.

The Fortuner is the only player in its segment to come with a petrol engine, so, if it's a petrol powered, 7-seater SUV you're looking for, you have no other option but to head to your nearest Toyota dealership. 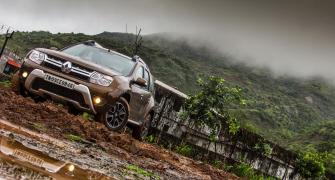 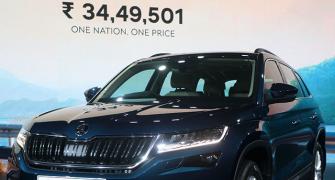 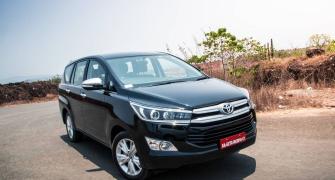 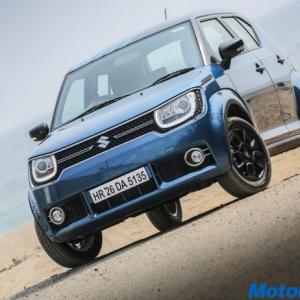 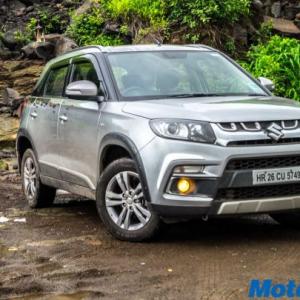