Anil Ambani's RInfra staring at yet another legal hurdle

RInfra’s plan to lease out headquarters property may face legal hurdle. Moreover, PE players with balance sheets that can take on Reliance Centre Office in Santacruz would be limited and include a handful of players such as Blackstone group, GIC, Brookfield Asset Management and Maplewood Investments.

In its latest bid to monetise existing assets and reduce group debt, Anil Ambani-promoted Reliance Infrastructure (RInfra) is planning to put its Mumbai headquarters property on a long-term lease.

The move, however, may not be easy as the property is stuck in a legal wrangle at the electricity tribunal.

RInfra on Monday said it plans to monetise its marquee Reliance Centre Office in Santacruz, a western suburb in Mumbai.

“Reliance Infrastructure will continue to own the premises and monetisation would be by way of long-term lease.

"The company will utilise 100 per cent of the proceeds for debt reduction only,” the company said in a statement.

RInfra, in its statement, did not share details of the proceeds it expects from the deal.

However, in its public notice published in May 2018, it said the four land parcels at Santacruz are to be retained by RInfra at a consideration of Rs 250 crore based on ready reckoner rates prescribed by the Maharashtra government for the year 2017-18.

Industry experts say that commercial rental yields in cities like Mumbai are around 6 to 10 per cent.

The notice was to share details on its then proposed deal to sell the power distribution business to Adani Transmission.

RInfra acquired the Mumbai distribution business from state utility BSES in 2003, and as part of the acquisition, land parcels measuring 15,514 square metres were also transferred to RInfra.

The firm sold the distribution business to Adani Transmission in August last year, but retained the land parcel in which the headquarters stand.

Past efforts for a deal for the property did not yield results.

Those in the know say that private equity or PE players with balance sheets that can take on such a property would be limited and include a handful of players such as Blackstone group, GIC, Brookfield Asset Management and Maplewood Investments.

Sources say that Blackstone isn’t looking at the deal while Brookfield had evaluated the transaction but stepped back because of differences in valuation.

Brookfield, however, continues to keep an eye on a potential deal.

Property experts, who declined to be named, say that for anyone taking the property on a lease-buyback arrangement, due diligence on whether the incumbent owners can sustain making payments will be a key deciding factor.

What could also hurt RInfra’s plans is an ongoing case by consumer groups at the Appellate Tribunal for Electricity.

“The land was transferred to Rinfra for administrative purposes and setting up sub-stations, if required,” said Anand Varma, managing partner at APT Legal.

Varma is representing a consumer group that is seeking bundling of the property with the distribution asset.

Varma added, “In future, if Adani Electricity needs to expand the distribution business in Mumbai, it will have to rent or buy new land which will increase tariff costs.”

The case is at present pending hearing at the APTEL.

Now, the Reliance group’s headquarters stands on that land parcel.

The Reliance group moved to the Santacruz office five to six years back. The group will now shift to its old headquarters in Ballard Estate in South Mumbai.

“The current staff operating from the Reliance Centre would be relocated to multiple properties owned by the group across Mumbai, including Ballard Estate,” said the company, in its statement.

Earlier, the group vacated the Ballard Estate premises owing to a battle with the state’s rationing office over one of the floors in the building.

According to an Indian Express news report in May, the Maharashtra government used the Land Acquisition Act to acquire a 6,216 square feet premises on the Reliance Centre building’s third floor, ending the long legal battle. 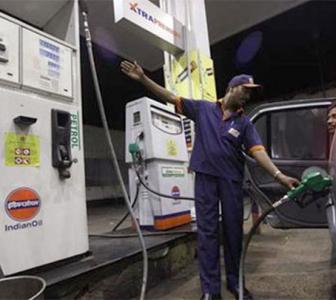 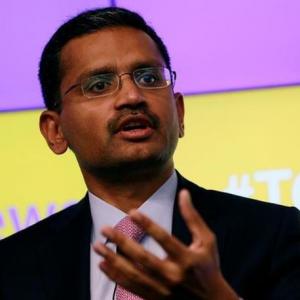