ONGC was the top gainer in the Sensex pack, rallying around 6 per cent, followed by IndusInd Bank, L&T, UltraTech Cement, Titan, SBI and NTPC. Markets found firmer ground on Tuesday after five days of heavy losses as investors made a cautious return to select energy, banking and infra counters amid mixed global cues.

A spurt in COVID-19 cases and lack of fresh buying triggers continued to weigh on sentiment, traders said.

Index heavyweight Reliance Industries rose 0.84 per cent after the company announced the contours of carving out of its oil-to-chemicals (O2C) business into an independent unit with a $25 billion loan from the parent, as it looks to unlock value by selling stakes to global investors like Saudi Aramco.

On the other hand, Kotak Bank, Maruti, Bajaj Auto, HDFC Bank, HCL Tech and HDFC were among the laggards, sliding as much as 3.87 per cent.

World shares were mixed ahead of Federal Reserve Chairman Jerome Powell's semi-annual testimony before the Senate Banking Committee, where he is expected to underscore the Fed's dovish stance to boost growth.

"Domestic market got back on its feet during the morning trade supported by strong Asian market while negative waves from European peers outweighed the gains by the end of the day.

“The expectation of strong global recovery as prompted by rising international commodity prices helped the market but was tempered due to elevated bond yield and virus cases.

"Consequently, volatility has increased in the domestic front, but broad markets continue to be attracted with themes like mid and small caps, cyclicals, energy, PSUs, metals and industries," said Vinod Nair, head of research at Geojit Financial Services.

Broader BSE midcap and small-cap indices advanced up to 0.98 per cent.

Elsewhere in Asia, bourses in Shanghai and Seoul ended on a negative note, while Hong Kong settled with gains.

The rupee slipped from the day's highest level but managed to eke out a marginal gain of 3 paise at 72.46 against the US dollar. 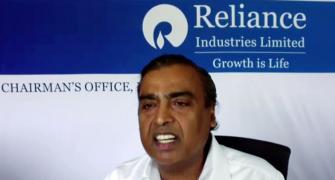 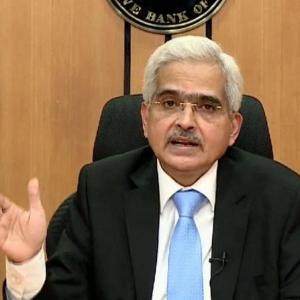