News
Business
Movies
Sports
Cricket
Get Ahead
Money Tips
Shopping
Sign in  |  Create a Rediffmail account
Rediff.com  » Business » Why it doesn't feel like economy is growing at 7% IMAGE: Unemployed youth collected at a government enrollment centre in Patna in June to register their names after the Bihar administration released a large number of vacancies. Photograph: ANI Photo

Nevertheless, the growth in these two years is better than it was in the preceding two years -- 2014-15 and 2015-16 when employment by companies had initially contracted by 2.7 per cent and then crawled up by a meagre 0.5 per cent.

So, while employment growth slowed down in 2017-18, wages and also real wages per capita did improve in the year compared to 2016-17.

This is not unusual. In the past ten years, on an average only 48 per cent of the companies saw an increase in employment; 43 per cent saw a decline and the remaining recorded no change.

The golden period of employment growth and real wage growth per capita in the corporate sector was the six-year period 2003-04 through 2008-09.

Employment grew at a pace that was well above the rate of growth of population.

India Inc was absorbing labour in good measure. The rate of absorption was higher than the rate of accretion to the labour force. This led to an increase in real wages. As a result, the 7 per cent real GDP growth was really experienced by a large number of people involved in the growth.

In comparison, the 7 per cent GDP growth estimates presented now by the official agencies do not resonate similarly because employment is growing by only around 2 per cent per annum. And, real wages are growing by less than 4.5 per cent per annum in the relatively larger companies.

No wonder, it does not feel like an economy growing at 7 per cent per annum in real terms.

We found 3,075 companies that provided comparable employment data for two consecutive years. Only these were used for our analysis above because growth can only be computed by using comparable sets of data for the period over which the growth is computed.

Of these 3,075 companies, 2,814 are listed companies and the remaining 261 companies are either public sector enterprises or are unlisted subsidiaries of listed companies. These companies employed 8.5 million people in 2017-18. And, they tell us a story of India's real GDP growth. 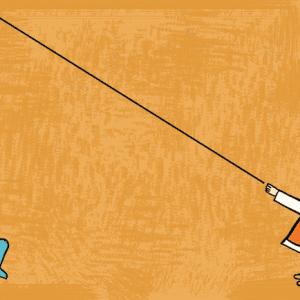